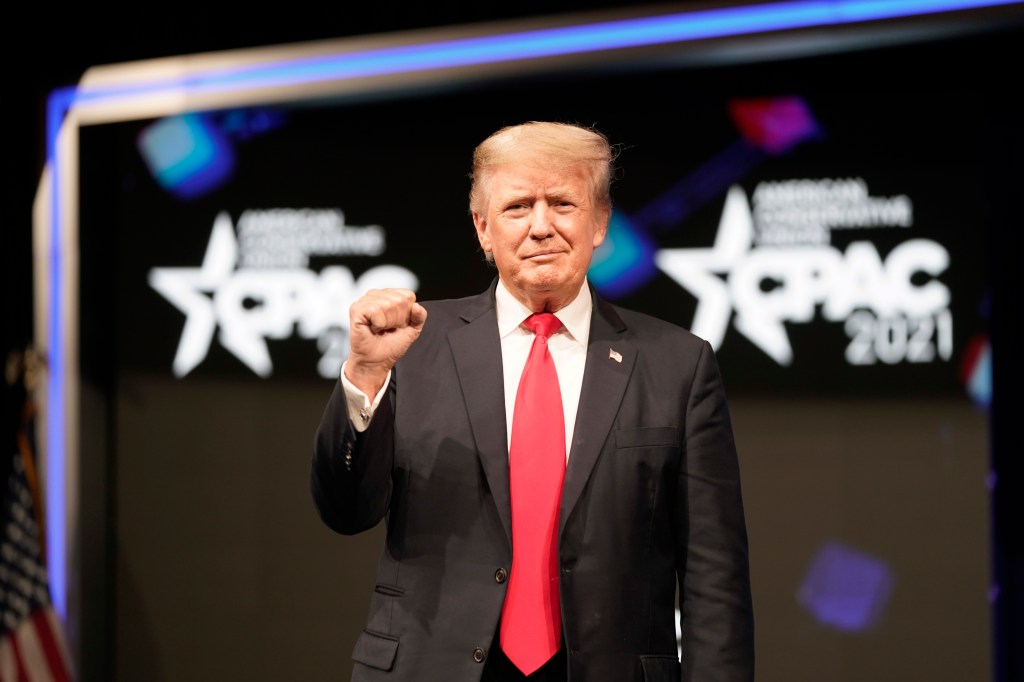 Brace yourself, America. Next year’s midterms have the potential to stock the Republican Party at all levels with rabble-rousers that make the Gingrich revolutionaries of 1994 and the Tea Partiers of 2010 look like RINO squishes.

Call it the Kook Caucus.

But under Donald Trump, the Republican Party set aside policy and principles to become a cult of personality. The driving concern of today’s candidates, with precious few exceptions, is to stay in the good graces of their exiled but still dangerous and vindictive leader. This requires embracing the fiction that the election was stolen from Trump and that MAGA loyalists are duty-bound to fight to right this wrong.

That lie has spread like a rash across the Republican base, with a big boost from the conservative media. Half to two-thirds of the party’s voters believe that Joe Biden’s win was illegitimate. Over half believe that election audits will “probably” or “definitely” reverse the outcome, according to a Morning Consult poll from mid-June. (Spoiler alert: They won’t.) And a poll from early June found that 29% of Republicans consider it at least somewhat likely that Trump will be reinstated as president this year. (Not. Gonna. Happen.)

Republican leaders are expected, at minimum, to play along with this toxic rubbish. Those who don’t are courting electoral grief. Big Lie promoters are leaping into races at all levels — from state legislator to governor, state attorney general to the U.S. Senate — and making the 2020 fraud myth Topic A.

“Of the nearly 700 Republicans who have filed initial paperwork with the Federal Election Commission to run next year for either the U.S. Senate or the House of Representatives, at least a third have embraced Trump’s false claims about his defeat,” according to The Washington Post. This includes 136 incumbents who voted against certifying the election results on Jan. 6.

Incumbents, insurgents, swing districts, safe districts — there is no escape. “Election integrity” has become the magic catchphrase for Republicans looking to juice the MAGA faithful.

It’s not just those who have clashed one-on-one with Trump being targeted, such as Rep. Liz Cheney of Wyoming or Brad Raffensperger, Georgia’s secretary of state. (Though it bears noting that at least a half-dozen challengers are aiming to unseat Cheney for what they see as her betrayal of Trump.) Sen. James Lankford, a solid Oklahoma conservative and Baptist minister, is being challenged by Jackson Lahmeyer, a Tulsa pastor outraged that, following the sacking of the Capitol, Lankford opted not to oppose the 2020 outcome.

“I saw fear all over him on Jan. 6.,” Lahmeyer charged. “He caved in like an absolute coward, and that let me know he is not the man to represent our state in the fight our country is in right now.”

More humiliating: Lahmeyer is being personally supported by the head of the Oklahoma Republican Party, John Bennett, who also regards Lankford as weak on 2020. A state party chair working against one of his own incumbents, Lankford has noted, is an uncommon — and unsettling — development.

The early tremors of this election trend are already being felt. Last month, a longtime Republican member of the Virginia House of Delegates was unseated in his primary by a political newbie who had worked on the failed Trump legal effort to overturn the election results in Wisconsin.

Steve Bannon, the former Trump strategist, has declared 2020 denialism a “litmus test” for Republican office seekers. “There will not be a Republican that wins a primary for 2022 — not one — that doesn’t take the pledge to get to the bottom of Nov. 3,” he predicted to NBC in May.

Certainly, not all the Kook Caucus aspirants will triumph — especially in purplish districts. But every advance they make is a loss, not only for their constituents but for the nation.

Ominously, this election cycle is not about moving the Republican Party in a more conservative or more moderate direction or about reshaping its policy views. It is about packing the party with conspiracy theorists and liars and people itching to advance Trump’s belligerent, apocalyptic, reality-resistant brand of politics. Some three dozen QAnon-friendly Republican congressional candidates are in the mix, according to Media Matters’ latest count.

Already, there are far too many Republican officials willing, either cynically or genuinely, to advance Trump’s Big Lie. An election that installs more of them up and down the ticket could easily turn the acute reality crisis of the past few months into a lingering condition.

A healthy democracy requires a functional, stable, sane opposition party. Right now, the Republican bandwagon appears to be speeding in precisely the opposite direction.

Michelle Cottle is a member of the New York Times editorial board.