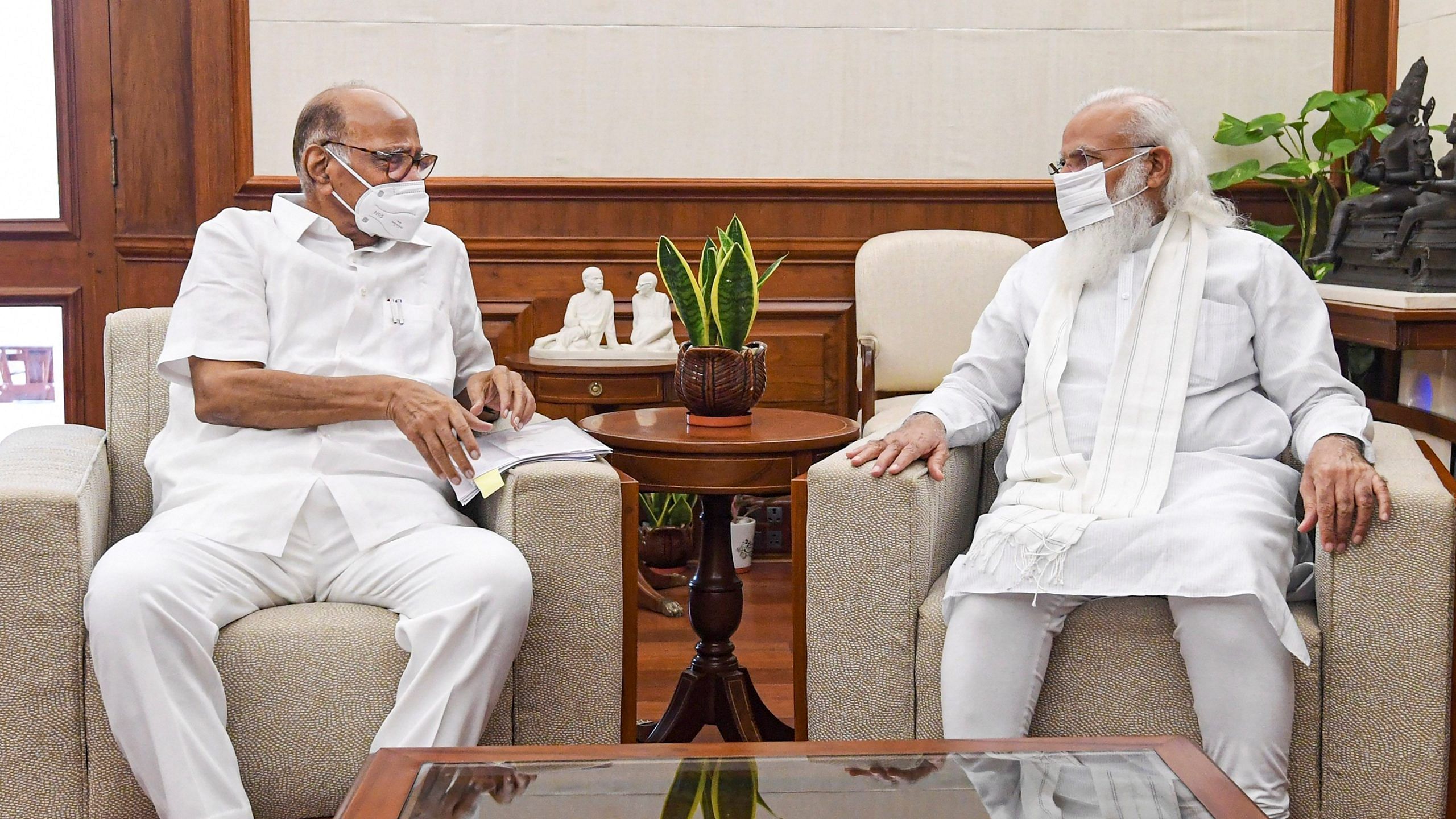 
Mumbai:  The NCP on Saturday said that party chief Sharad Pawar’s meeting with Prime Minister Narendra Modi in New Delhi earlier in the day was a scheduled one to discuss amendments to the Banking Regulation Act, among other things, and the Maha Vikas Aghadi (MVA) allies were aware of it.

Addressing a press conference, NCP spokesperson and Maharashtra minister Nawab Malik said that AICC general secretary H K Patil was told about this scheduled meeting when he and other Congress leaders met Pawar in Mumbai recently.

Even Chief Minister Uddhav Thackeray was apprised of this meeting,” he added.

The NCP shares power with the Shiv Sena and the Congress in Maharashtra as part of the MVA government that was formed after the 2019 Assembly elections.

Earlier in the day, the Prime Minister’s Office (PMO) tweeted a picture of the meeting between Pawar and Modi that lasted nearly an hour, during which they held talks on a number of issues.

Malik said, “Amendments to Banking Regulation Act would hurt the co-operative sector banks since more powers were given to the RBI and while cooperative banks faced restrictions in power. Cooperation is a state subject…Pawar has been discussing the issue with all the stakeholders.”

“He (Pawar) had spoken to the PM over phone and it was decided to meet whenever he is in Delhi,” he said.

The NCP leader said that Pawar also raised the issue of COVID-19 handling and the process of vaccination during the meeting.

Yesterday, CM Uddhav Thackeray had told the PM that a national policy to stop crowding at public places should be framed,” he said.

Meanwhile, Shiv Sena leader Sanjay Raut, who is in Delhi, told reporters that he wasn’t aware of any meeting between Pawar and Fadnavis.

There is no politics in Pawar-Modi meeting. There can be discussions on various issues other than politics,” Raut said.

Meanwhile, the NCP also released a letter written by Pawar to Modi, in which he has said that although the objectives behind the amendments to the Banking Regulation Act are laudable, they do little to promote the well-being and growth of the cooperative sector.

Pawar submitted the letter to Modi during their meeting on Saturday.

“You recently advised the rural youth to engage in micro, small and medium size businesses along with their farming activities so as to make them atmanirbhar’ under the adverse climatic conditions. The cooperative banks can contribute to this cause since they have expertise of lending to these first time borrowers and contribute more than 23 percent of their advances of rs 3.04 lakh crore to small and micro industries, he said.

The growth of this sector is crucial to the holistic development of the country and all efforts should be made to encourage this sector, the former Union minister added.

“The aims and objectives of the amended Act are well-intentioned and many provisions are necessary. The erring board and management must definitely be acted upon strictly and depositors’ interest should be protected, but at the same time it should be ensured that while doing so, the cooperative principles laid down in the Constitution are not sacrificed at the altar of over-zealous regulation,” Pawar said in the letter.