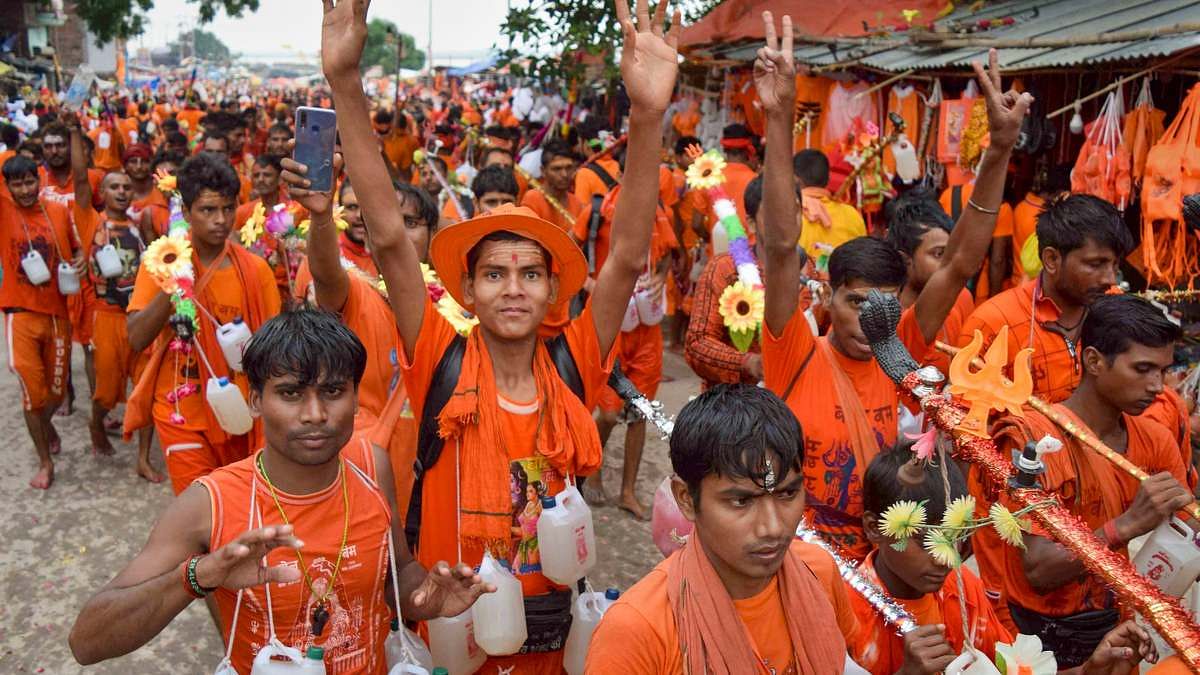 
Lucknow: A day after the Yogi Adityanath-led Uttar Pradesh government initiated talks with Kanwar Sanghs (organisations) following a nudge by the Supreme Court, the organisations decided to call off the Kanwar Yatra on Saturday in view of Covid-19.

While on Friday, the Supreme Court granted one last opportunity to the Uttar Pradesh government to reconsider its decision of holding “symbolic Kanwar Yatra” amid the COVID-19 pandemic while stressing that the health of the citizens of India and the right to life is paramount.

A Bench headed by Justice Rohinton F Nariman gave an ultimatum to the Uttar Pradesh government to either “reconsider” its decision or the court will pass orders.
Uttarakhand government has already decided to cancel the Kanwar Yatra this year in light of the COVID-19 pandemic.

The Kanwar Yatra, in which Shiva devotees from northern states travel on foot or by other means to collect water from River Ganga at Haridwar, Uttarakhand, to offer at Shiva temples in their areas, was set to begin from July 25