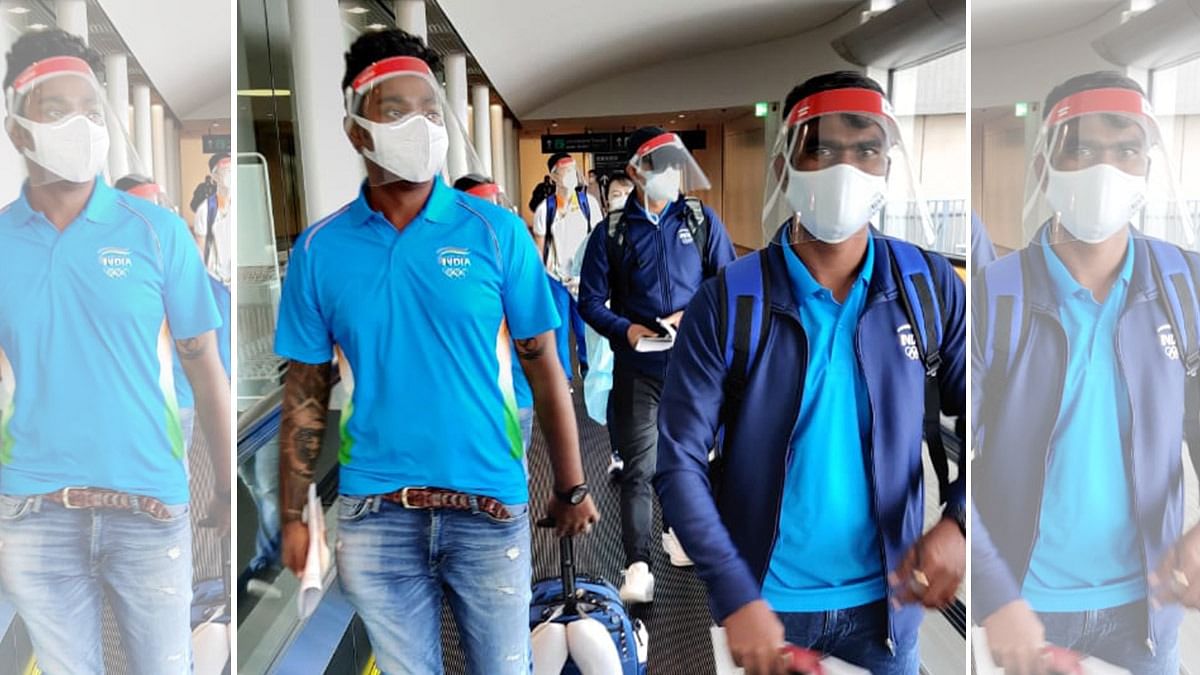 
Tokyo: In high spirits and completely focussed on their goals, the first batch of India’s 88-strong Olympic-bound contingent reached here on Sunday morning to participate in the COVID-hit Tokyo Games, beginning on July 23.

Amid gloom surrounding the Games because of the pandemic, athletes and officials from eight disciplines of archery, badminton, table tennis, hockey, judo, gymnastics, swimming, and weightlifting landed in the Japanese capital in a chartered Air India flight from New Delhi.

The contingent of 88 members comprised 54 athletes, besides support staff and IOA representatives.

The Indian athletes were greeted at the airport by the Kurobe city representatives, who came with a banner “Kurobe supports Indian athletes!! #Cheer4India!.”

Hockey, consisting of both the men’s and women’s teams, is the largest among all disciplines.

On Saturday night, Sports Minister Anurag Thakur gave a formal send-off to the contingent at the Indira Gandhi Airport in New Delhi amid loud cheers, claps, and plenty of good wishes.

The IGI witnessed unprecedented scenes as a red carpet was laid out for the Olympic-bound contingent. Such was the euphoria surrounding the send-off, that the Government of India had arranged for a special Olympic Contingent Clearance immigration line for the Tokyo-bound members.

Some of the Indian athletes have already reached Tokyo from their respective training bases abroad.

India’s lone weightlifter in the fray, Mirabai Chanu reached Tokyo on Friday from her training base in St Louis, USA.

The boxers and shooters have also reached their respective training bases in Italy and Croatia.

India will be represented by a 228-strong contingent, including 119 athletes, at the Tokyo Olympics, which will be held under strict health protocols and without spectators in the wake of the raging pandemic.

Four Indian sailors — Nethra Kumanan and Vishnu Saravanan (laser class), KC Ganapathy and Varun Thakkar (49er class) — were the first from the country to reach Tokyo from their training bases in Europe. They started training on Thursday.

Besides, the rowing team has also reached Tokyo.