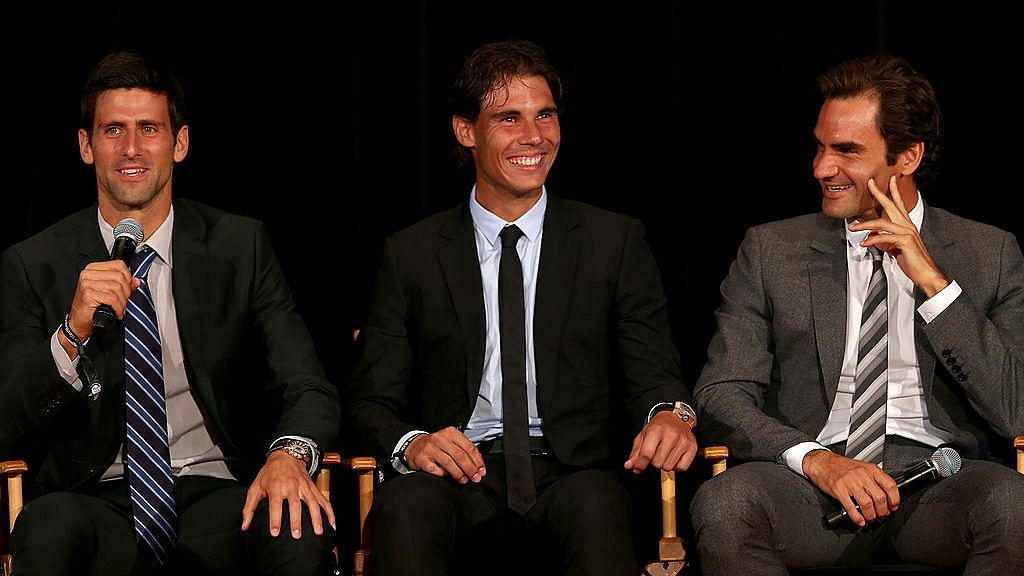 
Look, to be honest, it is not something that the people do not see. It is a fact that I play 90 percent of my matches, if not even more than that, against the opponent, but against the stadium as well,” Novak Djokovic, Wimbledon 2021 winner, said after his victory over American player Denis Kudla in the third round.

Wimbledon 2019 against Switzerland’s Roger Federer, 2021 French Open final against Greece’s Stefanos Tsitsipas and semi-final against Rafael Nadal, and now Wimbledon this year. These are just some of the recent Grand Slam matches when the world number one had to defeat both: the player and the stadium.

How does he do it? After the 2019 Wimbledon final, Djokovic had famously said, “When the crowd is chanting ‘Roger’ I hear ‘Novak’. It sounds silly, but it is like that. I try to convince myself that it’s like that.”

It’s evident that among the tennis’ ‘Big Three’, Djokovic is at the peak of his career with shared-record 20 Grand Slam men’s singles titles, while Roger Federer and Spain’s Rafael Nadal are in their twilight. Given his current form and with his two biggest opponents out of the picture for Tokyo Olympics, Djokovic has a great chance to put himself on course to claim a ‘Golden Grand Slam’ (when a player wins all four slams as well as an Olympic gold medal in the same year), and become only the second player to achieve that feat, after Germany’s Stefanie Graf.

But what is the reason why everyone loves to hate Novak Djokovic who has every right to be called a GOAT, who is on path to greatness and is just a tremendous, graceful delight to watch on court?

Also read: No matter our nostalgia for Federer & Nadal, numbers will always be on Djokovic’s side

Anindya Dutta, author of Advantage India: The Story of Indian Tennis, says that it’s pretty evident that it pricks Djokovic that the crowd is against him and that makes him insecure. “The level at which Djokovic plays, ideally, he shouldn’t really care about getting or not getting love. But for whatever reason, he’s very evidently insecure both on and off court about the crowd reception that he gets,” Dutta says.

The author adds that this insecurity doesn’t end at Djokovic, but also extends to his fan base, which is constantly calling people out who don’t ‘love him’. “It’s a self-fulfilling prophecy. Djokovic thinks he isn’t loved and imposes his insecurity on his fans, and their reaction on social media annoys everyone else and they end up supporting Djokovic’s opponent, no matter who he is up against,” Dutta adds.

Perhaps there is some truth in it. Djokovic constantly points out that he doesn’t get crowd support, which more often than not sounds like he’s complaining. He demands the love that the other two of tennis ‘Big Three’ (Nadal and Federer) get. He can also seemingly get into arguments with reporters at press conferences when asked about his on-court behaviours.

“It’s working for him for now, but I think this negative feedback he gets from the crowd will affect him negatively in the long run,” Dutta adds.

If you go through the Facebook comments or tweets under pictures that Djokovic posts, you’ll find fans typing away Djokovic’s greatness over the other two, and are bitter at just about all other stakeholders in tennis — his opponents, the crowd, the journalists… everyone.

The silent majority loves you Nole ❤️. We don’t make it to the stadium but we cheer for you from our homes with our families. The opinions of commentators, journalists and a small British crowd can never change that. We, the silent majority love you, and that’s all that matters. pic.twitter.com/7VcyLCsxRR

20 grand slam
many records
but a lot of haters!

we love you djokovic! a legend!

Djokovic may have claimed the equal number of Grand Slams as Federer and Nadal, but he hasn’t won as many hearts.

This is something that Djokovic has mentioned himself. “It is a fact that most fans support Federer and Nadal against me, but that’s due to what they represent in world tennis,” he had said in a press conference in Serbia in 2020.

Novak’s father Srdjan Djokovic has also spoken up about it.

Djokovic’s father: “Novak is an invisible miracle, he was sent by God to show that Serbs are not murderers or savages. The entire world knows he is the GOAT. The toughest thing for him is that he does not have the same support as Federer and Nadal, which is very surprising.”

It’s true. Fedal fans often get together to rally against Novak Djokovic. And forever remain bitter about this challenger who equalled their wins in much lesser time.

For one thing, Federer and Nadal were absolutely dominating the Grand Slam scene when, in 2008, Djokovic marked his entry with a win at the Australian Open and began to spoil the party for the two.

But there’s also something to do with temperament and discipline that Nadal and Federer exhibit. The two are great friends off the court, have been around longer, and resultantly, Djokovic always comes across as the distant third in the trio.

This became even more pronounced in the past two years. When Rafael Nadal and Roger Federer were tweeting about not going on tour because of the raging Covid-19 pandemic, Novak Djokovic was talking about not trusting vaccines and organising a charity tournament (Adria Cup) in the Balkans which turned into a Covid hotspot.

In short, Djokovic was behaving in the most irresponsible, reckless manner, while Nadal and Federer were leading by example.

When Nadal and Federer sat out of US Open 2020 — because of Covid — Djokovic not only went there soon after the Adria Cup debacle, he ended up getting disqualified after accidentally hitting a line judge with a ball. True to their style, Djokovic’s fans came down on the line judge with a volley of abuses and threats on her Instagram account, to the point that the Serbian had to step in and ask them to stop.

The Covid debacle has only fuelled more anti-Djokovic rhetoric, bringing him names like ‘Novax Djocovid’. Djokovic also expressed support for Alexander Zverev, who is facing allegations of domestic abuse, another reason why the anti-Djokovic squad has grown. In my opinion, for good reason.

Also read: With Djokovic’s recent wins, is it time to anoint him king of tennis over Federer & Nadal?

Djokovic has also had a much smoother sail, a contention I agree with. This causes great resentment among fans of Federer and Nadal.

While Federer dominated tennis when not only Rafael Nadal was at his peak, but the two also had inimitable opponents like Stan Wawrinka, Juan Martin Del Potro, Andy Murray, Andy Roddick, Lleyton Hewitt and Marat Safin, and, of course, Novak Djokovic. In the newer generation of players, nobody looks promising enough to give a decent competition to Djoker in Grand Slams — not Russia’s Daniil Medvedev, not Greece’s Stefano Tsitsipas, nor Austria’s Dominic Thiem.

Federer and Nadal have also been very prone to injuries, and Djokovic has swooped some slams in their absence and increased his count rapidly.

Nadal always outperformed Federer and Djokovic in head-to-head (until Djokovic took over recently) and has played with multiple grave injuries over the years, which led many to advise him, even at the beginning of his career, that he should stop playing tennis and focus on golf, as Nadal describes in his autobiography Rafa.

Here are some stats:

Between 2008-2010, when Federer and Nadal were at their peak, they won 4 and 6 Grand Slams, respectively, while Djokovic had only 1 to himself.

Between 2014 and 2021, when both players were off tour for longer periods of time, missing 11 Slams in total, Djokovic won 14 Grand Slams to Nadal and Federer’s 10 combined.

While all of us can love to hate Djokovic, there’s no doubt that the mental strength and physical prowess he’s displayed makes him the GOAT. There’s no doubt that at the end of the Big Three era, Djokovic will have more slams than his counterparts. The goat has only just started eating grass. I hate it, but I can’t deny it.