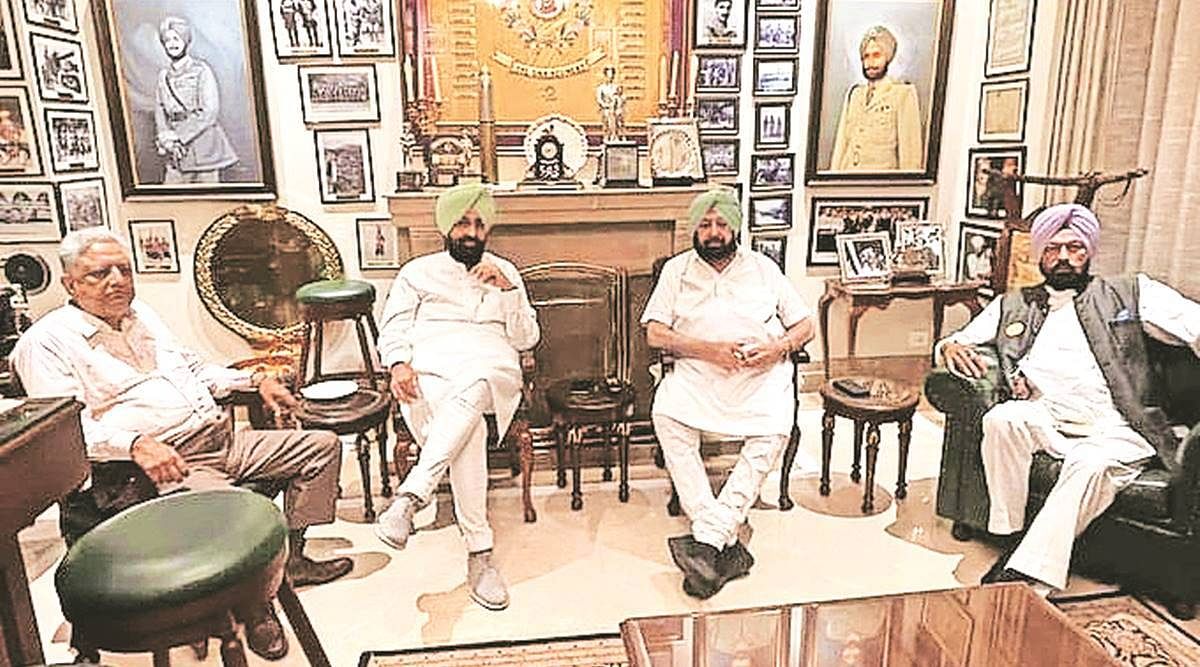 Bajwa, a strident critic of the chief minister, called on Amarinder Singh at his residence on a day when Sidhu held a series of meetings with Punjab Congress president Sunil Jakhar and several MLAs, including the CM’s loyalists.

Congress MP Manish Tewari retweeted the photo and said it was good to see Bajwa and Amarinder together and noted that the Rajya Sabha MP and the chief minister would make a good team ahead.

“Partap, who I know since 1983, and Captain Sahib would make a good team for the times ahead. He is an old dyed in the wool Congressman,” said Tewari.

Bajwa had earlier targeted the chief minister over the issue of the pre-poll promise of taking action against the perpetrators of the desecration of the Guru Granth Sahib and subsequent police firing incidents in 2015.

He had also come out in support of MLA Pargat Singh who had accused the chief minister’s political advisor of threatening him.

Earlier in the day, Amarinder Singh met AICC general secretary and Punjab in-charge Harish Rawat, who flew down to Chandigarh in what was seen as an effort to placate the chief minister.

Also read: Punjab CM Amarinder Singh is ready for truce with Navjot Sidhu if he apologises for his attack on Cong govt