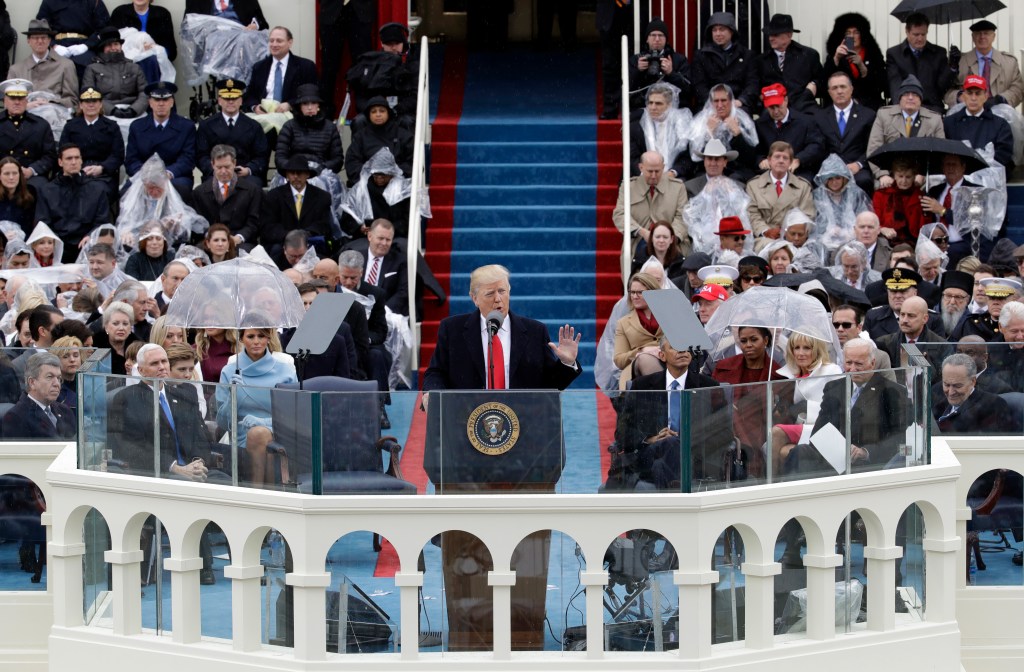 NEW YORK — The chair of former President Donald Trump’s 2017 inaugural committee was arrested Tuesday on charges alleging he conspired to influence Trump’s foreign policy positions to benefit the United Arab Emirates and commit crimes striking “at the very heart of our democracy.”

Tom Barrack, 74, of Santa Monica, Calif., was among three men charged in federal court in Brooklyn, N.Y., with conspiring to act as an unregistered foreign agent as they tried to influence foreign policy while Trump was running in 2016 and later as president.

Barrack was charged with conspiracy, obstruction of justice and making multiple false statements during a June 2019 interview with federal law enforcement agents. Also charged in a seven-count indictment in Brooklyn federal court were Matthew Grimes, 27, of Aspen, Colorado, and Rashid Sultan Rashid Al Malik Alshahhi, 43, of the United Arab Emirates.

“The defendants repeatedly capitalized on Barrack’s friendships and access to a candidate who was eventually elected President, high-ranking campaign and government officials, and the American media to advance the policy goals of a foreign government without disclosing their true allegiances,” Acting Assistant Attorney General Mark Lesko said in a news release.

Prosecutors said Barrack not only agreed to promote UAE foreign policy interests through his unique access and influence, but also provided UAE government officials with sensitive information about developments within the Trump administration — including how senior U.S. officials felt about the Qatari blockade conducted by the UAE and other Middle Eastern countries.

Barrack will plead not guilty, according to a spokesperson.

“Mr. Barrack has made himself voluntarily available to investigators from the outset,” the spokesperson said.

Grimes was arrested Tuesday in California. A message for comment was sent to his attorney. The whereabouts of the third defendant weren’t immediately clear.

Barrack was due to appear at an initial appearance in federal court in Southern California, where prosecutors were to ask a U.S. magistrate judge to bring him to New York.

Noting that Forbes estimates his net worth at $1 billion and his access to a private plane, prosecutors called Barrack “an extremely wealthy and powerful individual with substantial ties to Lebanon, the UAE, and the Kingdom of Saudi Arabia” who poses a serious flight risk in a letter filed prior to his appearance.

Lesko characterized the alleged conduct as “nothing short of a betrayal of those officials in the United States, including the former President.”