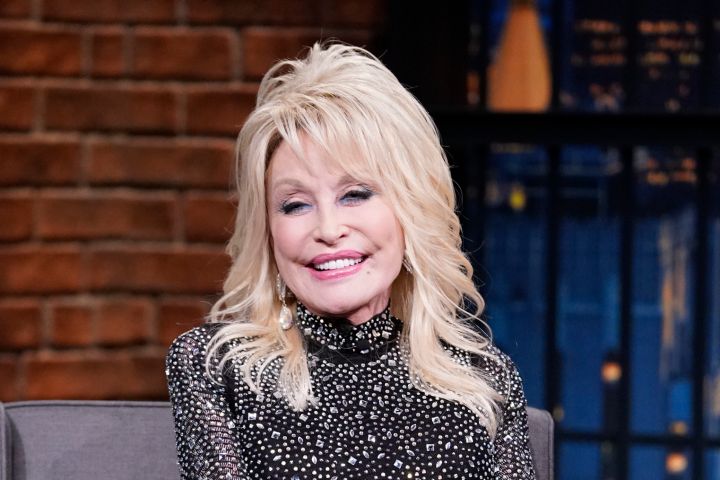 Dolly Parton is recreating one of her most iconic looks to celebrate the birthday of her husband, Carl Dean.

In a video she shared on Instagram, the “Jolene” singer is seen wearing a pair of bunny ears and a variation of the skimpy outfit she wore on the cover of Playboy back in 1978.

“Today is July 20th, it’s my husband Carl’s birthday and you’re probably wondering why I’m dressed like this … well, it’s for my husband’s birthday,” she said.

RELATED: Dolly Parton Wants To Recreate Her 1978 Playboy Cover For Her 75th Birthday

“Remember some time back I said I was gonna pose on Playboy magazine when I’m 75? Well, I’m 75 and they don’t have a magazine anymore… but my husband always loved the original cover of Playboy,” she continued.

“I was trying to think of something to do to make him happy,” quipped Parton. “He still thinks I’m a hot chick after 57 years and I’m not gonna try to talk him out of that.”

Wearing the iconic Playboy bunny outfit and ears, Dolly Parton appeared on the cover of the October 1978 issue of Playboy magazine.
She became the first country singer to pose for the magazine although within very specific parameters that did not include nudity, pic.twitter.com/8kX9nxVN0Q

As she explained, Parton did “a little photoshoot in this little outfit,” but pointed out that she’d changed just a bit with the passage of time.

“In the first one, I was kind of a little butterball in that one. Well, I’m string cheese now,” she joked. “But he’ll probably be thinking I’m cream cheese, I hope.”

RELATED: Dolly Parton In Talks To Pose For Playboy ‘If It’s In Good Taste’

The video concludes with Parton showing her husband — only the back of his head can be seen — a framed photo featuring a side-by-side comparison of the original Playboy cover and her new recreation.

Last year, Parton appeared on Australia’s “60 Minutes” and shared her desire to pose for Playboy one more time.

“I plan to be on the cover of Playboy magazine again,” she said.

RELATED: Dolly Parton Looks Back At Her 11 Most Iconic Looks For ‘Vogue’

“See, I did Playboy magazine years ago. I thought it’d be such a hoot if they’ll go for it, I don’t know if they will… if I could be on the cover again when I’m 75 — boobs are still the same!”