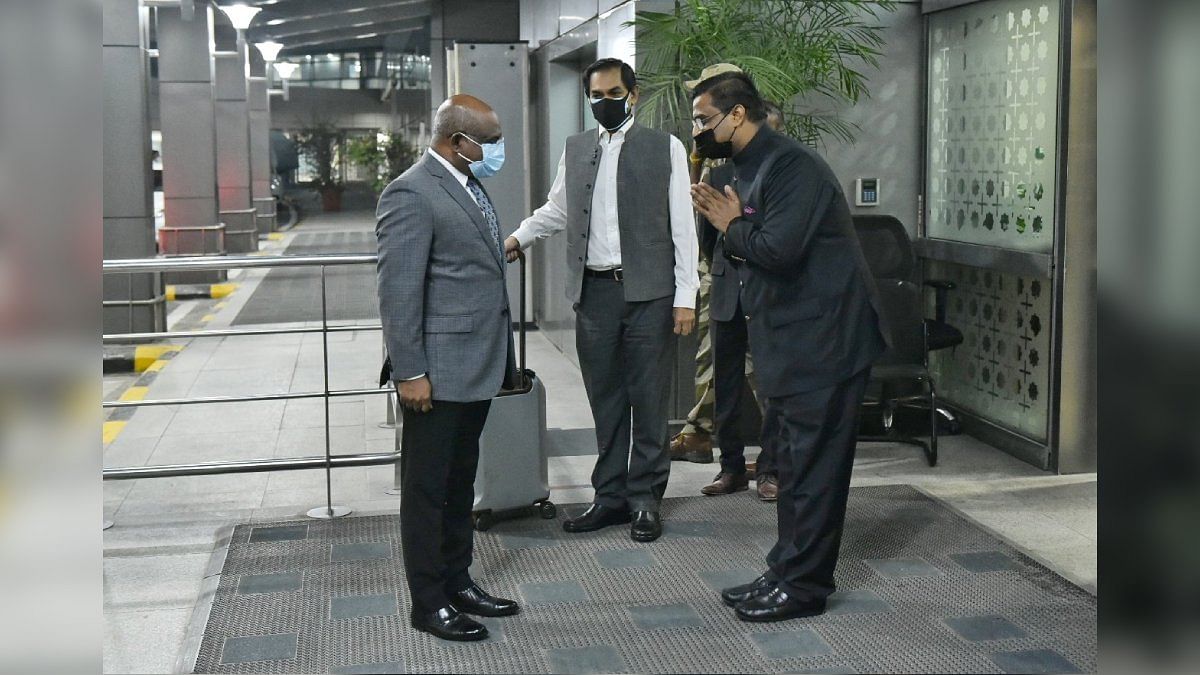 “Minister of Foreign Affairs of Maldives and President-elect of UNGA76 @abdulla_shahid arrives in New Delhi on an official visit,” Bagchi wrote in a tweet.

Minister of Foreign Affairs of Maldives and President-elect of UNGA76 @abdulla_shahid arrives in New Delhi on an official visit. pic.twitter.com/dSVdPUr9pj

Abdulla Shahid, who is also President-Elect of the 76th General Assembly of the United Nations (PGA), will pay a courtesy call on Prime Minister Narendra Modi and will hold talks with External Affairs Minister S Jaishankar on key international, multilateral, regional and bilateral issues of mutual interest.

“The visit of Shahid will provide an opportunity to exchange views with him on several global challenges that the United Nations is currently seized with. It will also give us an opportunity to reiterate India’s abiding commitment to multilateralism and to the UN’s leadership in confronting these challenges,” the MEA said in the release.

India would be the first country that Shahid would be visiting in his official capacity as PGA-Elect since his election on June 7, 2021.

PGA-elect had last visited India in April 2021 in his capacity as the Minister of Foreign Affairs of Maldives.

Maldives occupies a central place as part of India’s Neighbourhood First policy and the SAGAR vision of the Prime Minister and the two Ministers are also expected to review the entire gamut of bilateral cooperation between the two sides.

The discussions are expected to give further momentum to the rapidly expanding ties between the two countries. An Agreement for High Impact Community Development Projects to be implemented with Indian grant assistance in the Maldives will also be signed during the visit, the release added.