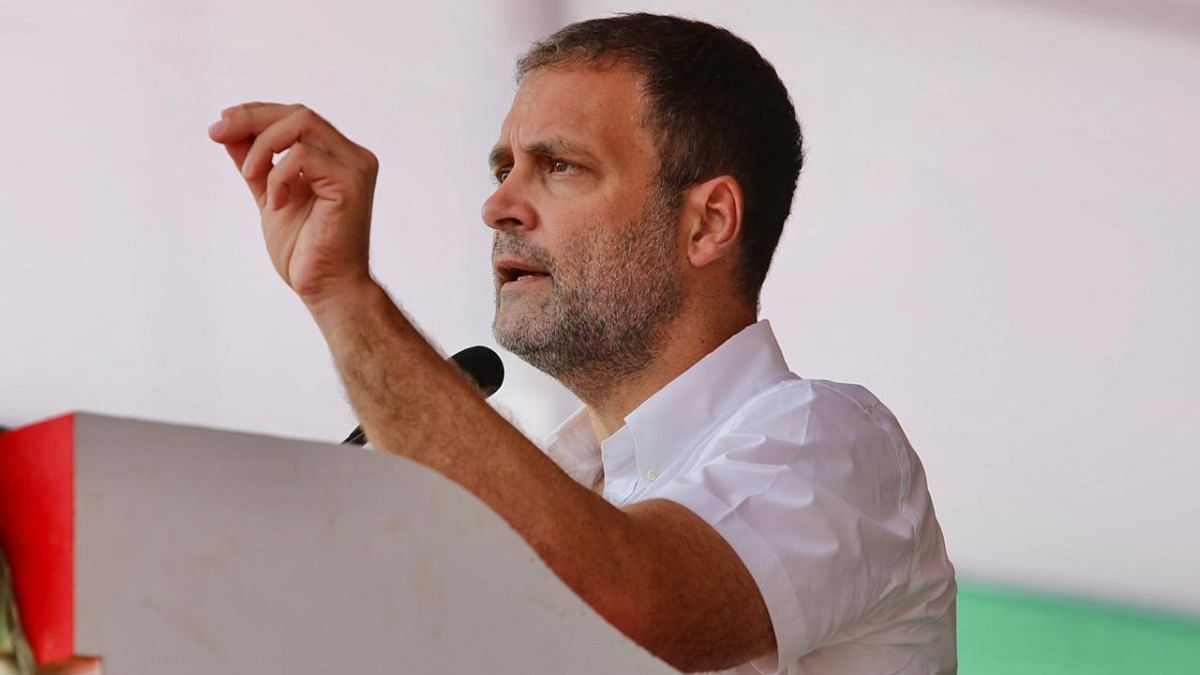 
Rahul Gandhi’s name in the list of potential ‘hacking’ targets in the Pegasus scandal underlines an inexplicable fact — his undying importance. The Congress leader may not be considered to be a heavyweight in terms of his political abilities and electoral successes; he may even be among the most mocked politicians. But for his rivals, he has become somewhat of an obsession.

At the very outset, it’s important to clarify that one doesn’t know whether or not the Narendra Modi government authorised the use of the Israeli spyware for snooping, and a lot at this point is conjecture. But the fact remains that there is a list of potential targets out there, and that includes the former Congress president.

For his opponents and rivals, Rahul Gandhi has remained an object of derision. For some in his own party, perhaps even a liability. And yet, for a leader as powerful and popular as Narendra Modi, the former Congress president has remained the centre of concerted attacks and an important pole of the PM’s political campaigns. A contradictory and puzzling phenomenon, given how the Wayanad MP has been written-off repeatedly, including by this author, and has given no real reason to inspire any fresh confidence.

On Tuesday, Modi addressed the weekly meeting of BJP MPs and said that the Congress is “declining everywhere but still it is more concerned about us than itself”. So it is ironic that Modi pours disproportionate attention on this declining party.

It won’t be an exaggeration to say that Narendra Modi has firmly established himself as, perhaps, independent India’s most powerful leader. Even Indira Gandhi had to contend with a split in her party.

And yet, a substantial part of Modi’s political and electoral energy is spent in dissing a leader who has ensured his party keeps sinking into a bottomless pit. He may never refer to Rahul Gandhi by name, but always keeps him at the heart of his campaign.

Consider the run-up to the 2018 assembly elections or the 2019 Lok Sabha election. The ‘kamdar versus namdar’ (the one who works versus the entitled) binary was Modi’s favourite campaign line. He used it extensively as a way to draw the distinction between himself as a ‘self-made’ leader and then Congress president as the one with the silver spoon. While campaigning for the Karnataka assembly election in 2018, Modi went as far as to throw a 15-minute linguistic challenge at Rahul. The prime minister takes frequent swipes at the Congress scion. His party follows the same trope. Smriti Irani, who defeated Rahul Gandhi on his home turf, is often fielded by the BJP to take on the Congress leader. The rest of the party is no different — taking a jibe at Rahul Gandhi for all of his political remarks, be it his reference to the ‘authoritarian model’ during his interaction with former RBI governor Raghuram Rajan or his criticism of the Modi government for Covid handling.

Sure enough, one tends to attack their main rival when it comes to political and electoral matters. But here, the oddity lies in the fact that the BJP otherwise dismisses Rahul Gandhi as a non-starter and projects him a leader who ought not to be taken seriously. And yet, the BJP machinery spends considerable time taking him seriously.

Rahul Gandhi isn’t even the Congress president now. Although, of course, being a Gandhi, he is the face of the party.

Some in the BJP say that highlighting Rahul Gandhi’s ‘failures and shortcomings’ helps the party accentuate its effectiveness and highlight the sharp distinction between Modi and the political alternative in the country. But even by that logic, the attention on Rahul Gandhi seems excessive, and borders on some form of fixation.

Whoever authorised this ‘hacking’ attempt obviously thought Rahul’s phone would have crucial information in the run up to the 2019 Lok Sabha election, more so than any other politician’s. In the Congress, it wasn’t master strategist Ahmed Patel or the all-powerful Sonia Gandhi who became potential targets of the spyware, or potential chief ministerial candidates of four poll-bound states in 2018, which the Congress went on to win.

Rahul, on his part, has been using the new development to throw barbs at PM Modi, savouring the moment that shows him as an important politician who is being snooped on, and his rival as this insecure ‘jasoos‘.

He may be among the biggest failure stories of modern day politics, who weighed his party down. And yet, there is something about Rahul Gandhi that keeps his critics and powerful opponents hooked on to him, making him supremely relevant even as he works hard to become irrelevant himself.