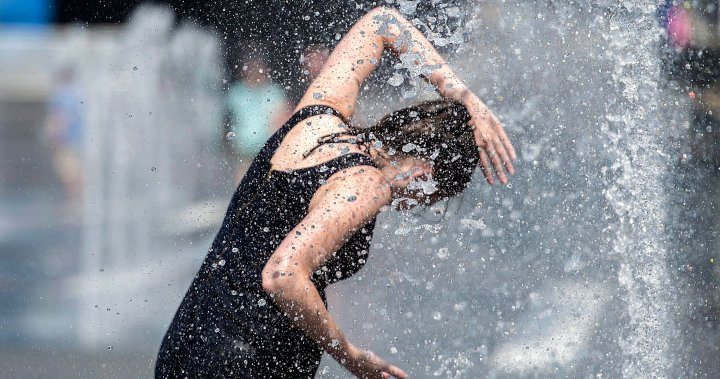 With extreme heat waves likely to be more frequent, a new warning system — which is more precise and adapted to climate change — has been developed for Quebec to help public health authorities make decisions to avoid heat-related deaths and hospitalizations.

The weather alerts are typically triggered when a heat threshold is expected to be reached and the hot weather is set to last a few days.

The alerts allow health authorities to notify the population, but also to manage beds in hospitals and make a series of decisions such as extending the opening hours of swimming pools, libraries and air-conditioned shopping centres to provide some relief to vulnerable people.

Read more:
How will Canada prepare for more heat waves and other extreme weather events?

Such a warning system has already been in place in Quebec since 2010. So why change it now?

Current climate projections show periods of heat will continue to extend beyond the summer season over the next few years and decades. The management of heat waves will be more and more complex, specifically because of the increase in their frequency and intensity, according to the INRS.

The current warning system also uses the same temperature threshold throughout the entire year — regardless of the month — said INRS professor Fateh Chebana. He also participated in the design of the original system.

He said 32 C in April does not have the same effect on the body as in July, when we’re more used to hot weather. The new alert model he designed with his colleagues takes this into account: in April, for example, the heat threshold is lower at 23 C compared with July’s 32 C threshold.

“We want to be as realistic as possible,” Chebana said. “A model is a simplification of reality, but we must not simplify too much to stay glued to reality.”

While temperatures of 23 C in April can make the majority of people happy, it can be harmful for vulnerable populations if the warm weather lasts several days, he added.

Temperature thresholds were determined based on data from hospitalizations and deaths tied to heat.

“This adaptive system has the potential to prevent heat-related mortality outside of typical heat-wave periods,” Chebana said.

Since periods of heat tend to arrive earlier and later in the season, the researchers also added two months to the revamped alert system: April and October. The current system is only active from May 15 to Sept. 30 in Quebec.

Earlier this spring, Montreal saw temperatures jump above 24 C in April — but the usual average for the month is 12 C. A heat wave was also recorded in May in southern Quebec, when temperatures over 30 C were recorded over three consecutive days.

The new alert system model also has the advantage of being designed specifically for Quebec.

It was first developed for Montreal, “an area of ​​relatively small size, homogeneous and with a lot of data,” but will be adapted for other regions in the province.

Chebana said it could also be modified for other Canadian provinces and even for other northern countries.

Environment Canada has a heat alert system but Chebana said it is “generic” because it is designed for all kinds of uses and is not “specific to health.”

The results of the researchers’ work will be published in the scientific journal BMC Public Health.

As for the feasibility of integrating the research results into the health monitoring system for heat in Quebec, it will be analyzed by public health in the coming months.