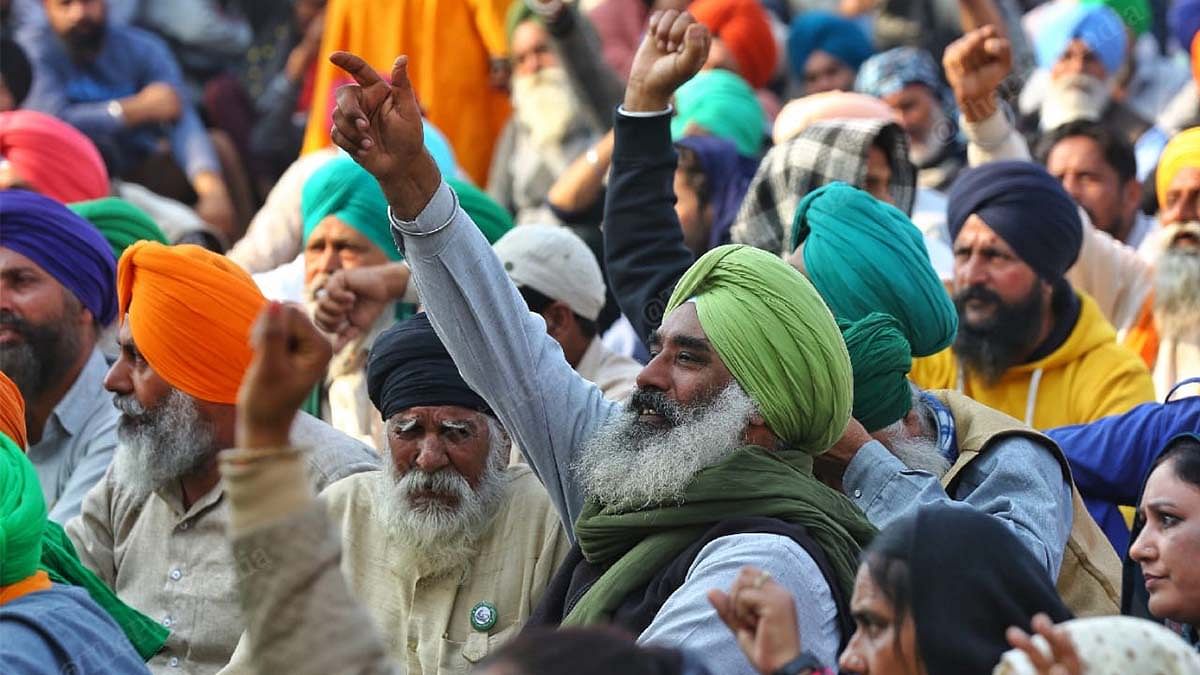 
Samyukt Kisan Morcha’s decision to issue a voters’ whip is one more democratic innovation in these dark times when democratic institutions and practices are taking a downturn. Democracy is being reclaimed on the streets, just when the constitutional apparatus is receding. As they say, creativity thrives in the dark.

The idea behind the voters’ whip is simple, though powerful. Right from the inception of parliamentary democracy in our country, every party has appointed a whip tasked with disciplining the legislators. This role has a legal sanction after the insertion of anti-defection provisions in the Tenth Schedule of the Constitution. Now every party can and does issue a whip to its MPs and MLAs, instructing them to be present on certain days and vote in specified ways. The basic idea is that the voters speak to the MPs and MLAs through the party; hence they should not be allowed to violate its commands. But what about direct command from the voters? Why can’t the voters bypass the parties and instruct their representatives on how to conduct themselves in Parliament?

That is what the voters’ whip does. On behalf of the farmers, the Samyukt Kisan Morcha has issued a whip to all the MPs for this Monsoon session that directs them to be present in Parliament for all the days, to support the demands of farmers’ movement on the floor of the House, not stage a walk-out and “not allow any other business to be transacted in the House till the Union Government accedes to the farmers’ demands”. This voters’ whip “overrides the whip issued by your party” and those who defy it, face the prospects of farmers boycott.

It is a conceptual break, but a work in progress on the practicalities. The concept needs to be fleshed out in terms of procedures for issuing the whip (who can issue it? How do we know the voters back it?), mechanisms for monitoring (what exactly constitutes a violation?) and penalty for defiance (who implements it? Exactly how?). A mass movement like the ongoing farmers’ movement commands exceptional moral authority and can issue such a whip. But the protocols of its use in normal times are yet to be worked out.

This is but one more instance of innovation in a movement that has been forced to innovate all the time. Take the very form of protest, the morchas outside Delhi’s borders. These are not traditional marches or sit-ins or squatting. Occupying miles of highway to set up colonies defies all classifications. Similarly, turning toll plazas into sites of regular protest, organising massive Kisan Mahapanchayats, coalition of farm unions with khap panchayats, alliance building with trade unions, use of community langar practice for supporting agitations, extending the idea of langar to daily use item or even oxygen cylinders – all these are innovations in democratic practices.

Also read: Modi govt rejig has nothing to do with real governance, it’s all about perception management

Last week, there was another such innovation, not connected to the farmers’ movement. Chhattisgarh’s capital Raipur witnessed a public hearing on the condition of migrant workers. But this was not another jansunwai (public hearing), where the victims present their case to a panel of experts and judges. In this experiment, the jury comprised 17 migrant workers themselves. They deliberated for three days, heard from co-workers and the experts, to arrive at their verdict. This reversal of gaze takes the idea of public hearing forward and deepens its democratic character.

One of the most startling innovations in recent times was, of course, Shaheen Bagh. It sprung up just when everyone thought it was impossible to raise minority voice under this government, just when the discriminatory Citizenship Amendment Act (CAA) seemed like a fait accompli, just when all legitimate forms of protest were being criminalised. An all-women day and night neighbourhood gathering was a breathtaking idea, executed to perfection with nationalist symbolism. It combined defiance with pedagogy, anti-politics with deep politics, questioning of political authority with questioning of gender roles.

These might appear like isolated examples, but they are not. Just start looking around for newer ways of expressing democratic aspirations and you would find something everyday. A few months ago, the unemployed youth in Uttar Pradesh played a successful prank on Yogi Adityanath government, an incident that served to highlight the widespread unemployment in the state. Last week, some citizens started a #ThankyouModiji campaign, taking a photograph before Prime Minister Narendra Modi’s banner outside petrol pumps, to highlight the rising prices of petrol and diesel. You can keep adding to this list.

Also read: Opposition unity is one of the laziest ideas. And irrelevant for most states

At this stage in history, when we are experiencing “democracy capture” – a capture of democracy through democratic means – these examples hold out hope for the country. A parliamentary session is going on but the PM is unwilling to make a statement on the floor of the House and answer questions on millions of deaths due to the pandemic. Now, there is the Pegasus disclosures that have opened our eyes, if that was needed, to the mockery of constitutionally guaranteed liberties. In this context, andolans and andolanjivis hold out hope for our democracy.

Historian and theorist of democracy, John Keane, has described these as instances of “monitory democracy”— innovations that add instruments of monitoring to the health of democracy and deepen its quality. He lists India as one of the prime examples of such democratic innovations. We must also recognise that in post-colonial democracies, such innovations do not merely supplement the existing and functional democratic institutions. They also fill a deeper gap. Many constitutionally mandated democratic institutions only exist on paper. Newer practices like the voters’ whip promise to fill the void left by non-functioning of such institutions.

Yogendra Yadav is the national president of Swaraj India. He tweets @_YogendraYadav. Views are personal.