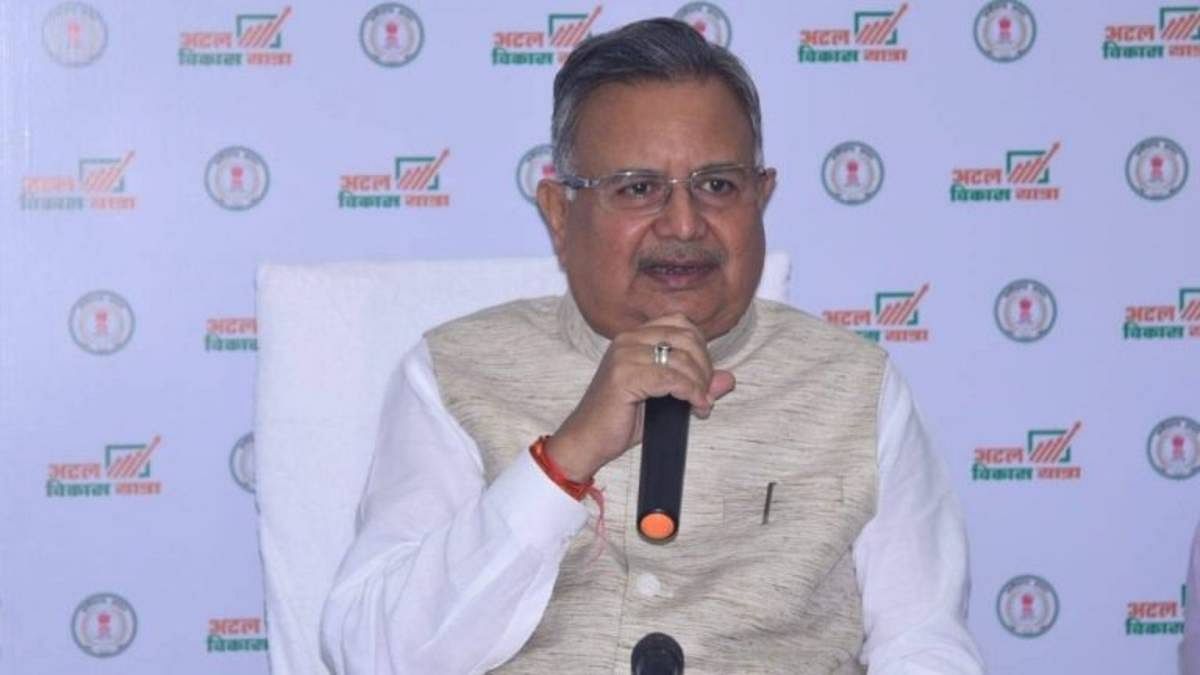 
Raipur: The BJP’s announcement Sunday to contest the 2023 assembly polls in Chhattisgarh without declaring a chief ministerial candidate is being seen as a setback for former Chhattisgarh chief minister and BJP national vice-president, Dr Raman Singh, by both political observers and a section of BJP leaders in the state.

While some state BJP leaders, including Singh loyalists, are trying to explain it away as a decision by the party’s central leadership and part of the BJP’s “organisational policy” — that has no connection with Singh’s position in the party — a few leaders admitted, on conditions of anonymity, that the announcement does not bode well for the former chief minister, whose position received a jolt from the BJP’s loss in Chhattisgarh in the 2018 assembly elections.

What many political observers find surprising, however, is that the announcement has come so far ahead of the elections.

The announcement of the party contesting the 2023 state elections without revealing a chief ministerial candidate came from the BJP’s national general secretary and Chhattisgarh in-charge D. Purandeshwari.

Many in the state BJP unit had expected Singh to be the natural choice for the position of chief minister, given his stature, popularity, and mass base in Chhattisgarh. Now, Purandeswari’s announcement is being interpreted in political circles as an indication of the BJP high command seeking a new face in Chhattisgarh, and probably relegating the 68-year-old Singh to a less-active role of a margdarshak or mentor for the party.

Singh had been the chief minister of Chhattisgarh for 15 years, from 2003 till the BJP’s loss in the 2018 assembly elections in the state. Even after the party lost in 2018, Singh managed to remain the face of the BJP in the state, taking on the ruling Congress and Chief Minister Bhupesh Baghel on many significant issues such as government’s handling of the Covid situation, “poor developmental activities” and alleged lack of efforts to tackle the Naxal problem in the state.

He has also customarily called the shots in the state party unit, and most key positions in Chhattisgarh BJP, including that of state president, are held by Singh loyalists.

Although most state BJP leaders are not willing to openly comment on whether the central leadership is trying to sideline Singh, some admitted, on the condition of anonymity, that efforts are on to find a replacement for the former Chhattisgarh chief minister.

A state BJP spokesperson, speaking on condition of anonymity, told ThePrint, “The state in-charge’s announcement is indeed a setback for the former chief minister. While, the party will seek votes against work done by his government during the 15 years that he was at the helm, it is equally true that the party is also weighing options on his possible replacement. It will be finalised before the 2023 polls.”

Chhattisgarh had witnessed massive infrastructural development, including the construction of roads and attaining power self-sufficiency, during Singh’s tenure as chief minister. The construction of the Naya Raipur city and the transformation of Chhattisgarh into a steel production hub also began under him.

Meanwhile, state BJP president Vishnu Deo Sai, a Singh loyalist, tried to play down the implications of the announcement.

“The BJP policy has been to never announce the party’s chief ministerial face before elections, even when Dr Raman Singh headed the government for 15 years. MLAs would elect him their leader after the polls, but the people of Chhattisgarh were aware of the things and they voted accordingly.”

Sai added, “What D. Purandeshwari announced was part of the party’s policy and just that our main plank in 2023 polls will be the issue of development, along with Congress’ misgovernance and its failures. The chief minister will be decided by the central leadership, but Raman Singh’s guidance to the party will always be valuable.”

Also read: Why BJP has to win UP by a bigger margin than it did in 2017 elections

For & against Raman Singh

Singh’s isolation in the party started soon after the BJP lost the assembly election in Chhattisgarh. In the Lok Sabha elections, all sitting MPs from the state, including Raman Singh’s son Abhishek, were denied tickets.

His detractors such as Rajya Sabha MP Saroj Pandey had more say in ticket distribution, instead. When Modi got a renewed mandate, it was expected that Singh would be inducted in the central government at the Centre. It was not to be.

Even then his supporters had dismissed suggestions about him being sidelined within the party.

Now, the announcement and the subject of the party’s chief ministerial candidate has given rise to camps within the party, with the stand being taken by individual leaders being decided by their allegiance to or against the former chief minister.

Another state BJP spokesperson and former minister Ajay Chandrakar said, “Dr Raman Singh has always been an active leader of the party who has had three successful terms in governance. But the chief ministerial face is the subject to the central leadership’s decision and we have to accept it.”

Chandrakar, also a party MLA, is considered to be a leader of the anti-Raman Singh camp in the state BJP unit.

Meanwhile, Raman Singh supporters claim that the BJP leadership cannot ignore the former chief minister’s work and popularity in the state, and he remains the tallest leader in Chhattisgarh.

“You can interpret the statement of the state in-charge as you wish, but there is no denying the fact that Dr Raman Singh has been the most popular leader in the state. He will emerge more popular than chief minister Bhupesh Baghel, if a referendum is held today,” said BJP spokesperson and former minister Rajesh Mudat, a Raman Singh loyalist, again trying to play down the implications of Purandeshwari’s announcement.

“Elections in BJP are always fought under the leadership of the state president, if the party is in opposition. Announcing the CM face was never a BJP tradition.”

Most political commentators, though, agree that the state in-charge’s statement is a clear indication of the party’s reluctance to let Singh continue as the face of the party in the state.

Political commentator Ashok Kumar Tomar, who has been keenly observing Chhattisgarh politics for more than a decade now, said, “Although politics is full of uncertainties, under the present circumstances, Purandeshwari’s statement is a pointer that the party doesn’t want to keep the former chief minister at the front (of the party’s activities in the state). However, this has come a little early, with two-and-a-half years more to go for the elections”.

Tomar added: “Even though Raman Singh is still the tallest leader in the saffron party (in Chhattisgarh), what goes against him is BJP’s massive defeat in the 2018 state elections. It exposed the BJP’s weakness at the grassroots. This was also evident from the recent directive by the party’s national co-organisational general secretary Shiv Prakash, who asked the state leadership to strengthen the party at booth level, as 15-years of being in power has weakened it considerably.”

Also read: Prashant Kishor and Congress — A Faustian pact or a feast that can truly threaten Modi’s BJP