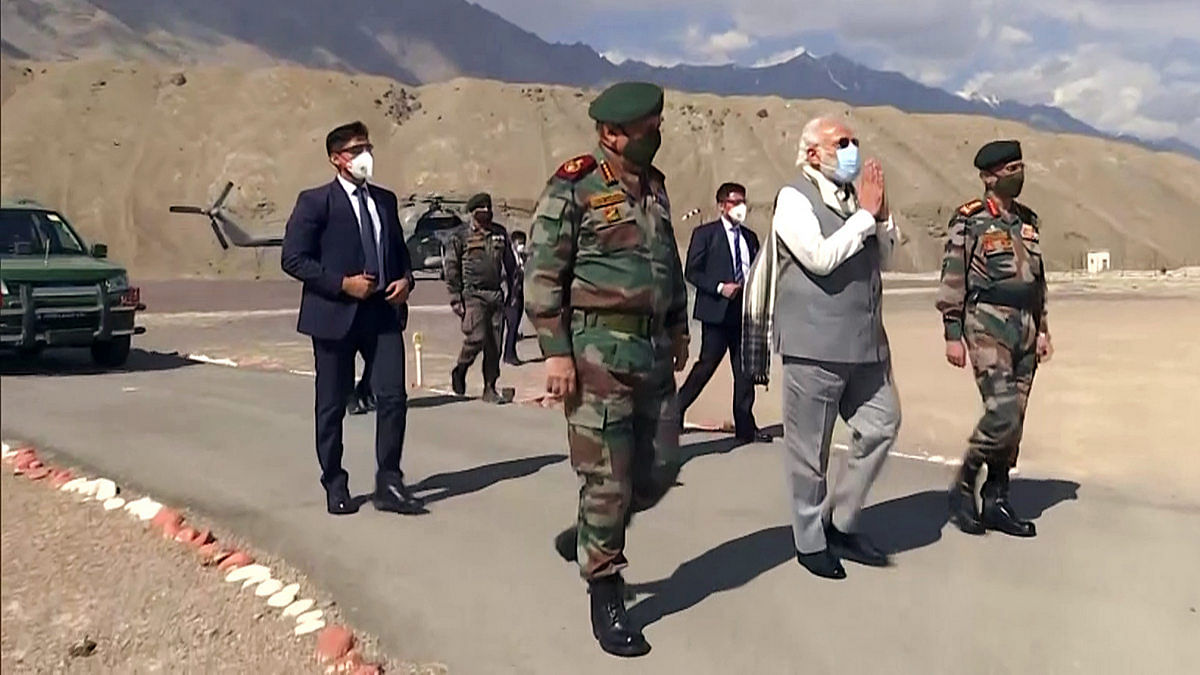 
Winston Churchill once said, “A nation that forgets its past has no future.” What he left unsaid was that the record of the past must be authentic and objective, and that governments and the public must not feel guilty or accountable for historical actions. However, there is no excuse for remaining ignorant and then repeating past mistakes. This is why history in general and military history in particular is so important. The latter is a combination of the political, social, and military conduct of a nation in times of crisis.

Recently, the plaques put up by the Archaeological Survey of India (ASI) in Rajasthan’s Rajsamand to commemorate the Battle of Haldighati were removed under pressure from Rajput organisations and BJP leaders because it said that Maharana Pratap “retreated from battle”. However, most historical accounts do record that after initial gains, the outnumbered Mewar army carried out a tactical retreat.

In sharp contrast, Defence Minister Rajnath Singh spelt out a new policy in June for the Ministry of Defence to transfer records, including war diaries, letters of proceedings and operational record books, to its History Division for proper upkeep, archival and writing histories using these documents. However, the past record of the Ministry of Defence does not inspire confidence. No official histories of the 1962, 1965 and 1971 wars have been published so far. The Henderson Brooks-Bhagat Report, aimed at learning lessons from the debacle of 1962, has not been declassified even for the armed forces, let alone for the public. Same is true of our counter-insurgency operations including those of the Indian Peace Keeping Force (IPKF) in Sri Lanka.

Recently, a government gag order with the threat of withholding pension has been imposed on retired officials who have served with or been involved in any manner with the 26 security organisations exempted from the RTI Act under Section 24. Taking a cue, the Department of Military Affairs has proposed that this RTI exception must be made applicable to the armed forces also.

No wonder that post-Independence, India has not imbibed the lessons of military history and continues to repeat the mistakes. I analyse the reasons for our poor record in writing authentic military history and relate them to the military operations and crises of the recent past.

Both governments and the military are paranoid about defence failures being made public and being held accountable for them. Consequently, in any crisis, there is cooperative obfuscation, bluff and bluster. Political directions to the military are not formally recorded and operational orders never declassified. The entire focus is on gaining political mileage for domestic politics. Ironically, all governments safeguard disclosure of failures in the distant past lest accountability be imposed on them in future. This is the primary reason for not declassifying the documents related to the 1962, 1965 and 1971 wars.

The military is also guilty of not honestly recording its wars and operations. Unit war diaries are exaggerated and distorted to safeguard or enhance regimental reputation, cover up failures and garner more rewards. Same is true for war diaries of higher headquarters. Even “lessons learnt” are doctored to justify failures.

There is an obsession with exaggerating the intensity of combat even when the mission is accomplished at minimal cost, which is the acme of military skill. Due to modern technology, individual/collective bravery is becoming rare in battle, but the criteria of gallantry awards is contingent on the same. So, units write an imaginative narrative, which rather than being put under scrutiny by higher headquarters is willingly endorsed for the glory or reputation of commanders.

There is little or no academic research with respect to military history by our universities or civilian scholars. The accounts of military authors are coloured to safeguard their own reputation or loyalty to the organisations. Even biographies of successful commanders are not objective. In absence of authentic recording for posterity, most scholars rely upon objectively assessing the end results.

Despite the policy statement made by the defence minister, I see no silver lining. The manner in which the Narendra Modi government and the military have reported and recorded the 2016 surgical strikes, 2019 Balakot airstrikes and the ongoing crisis in Eastern Ladakh, has ensured that no authentic account will ever be written for posterity.

A tactical raid by Indian Special Forces 1.5-2 km across the Line of Control has been touted as a strategic operation. There is no doubt that the declared intent and ownership by the government was politically a strategic action. However, the surgical strikes, as such, were tactical in the form of shallow penetration and non-contact fire assaults. Yet paeans have been sung by the pliant media and movies made.

The strategic community is aghast at the official narrative of the Balakot strikes. There have been imagined claims about the accuracy of the attack, casualties caused at Balakot and result of the aerial encounter. Despite all means available to record the action, not a shred of concrete evidence has been put forward, which is essential for the credibility of such operations. How will the government or the Indian Air Force ever reconcile to objective reporting of this operation?

Also read: After 50 years of RAW, there are still no declassified documents or an official history

The happenings in Eastern Ladakh since May 2020 are buried under obfuscation and false narrative of the government and the military, both complementing each other to cover up political, strategic and tactical failures. All information in public domain has been planted by anonymous government/ military sources.  There has been no strategic or intelligence failure and no intrusion into territory under our control, they suggest. Yet, there is massive deployment on the borders and the government demands status quo ante April 2020. China is smug and content to sit on its gains and highlight the Indian narrative.

Any objective study of 1962 should have highlighted the strategic nature of the 1959 Claim Line. Unless we militarily alter the status on the ground, Daulat Beg Oldi Sector and areas northeast of Pangong Tso will remain defensively untenable in war.

Let there be no doubt — let alone learn from our past mistakes and failures, we revel in delusion of imagined military success. Political narrative overrides facts. On 29 July, for the first time in 34  years, the government will commemorate IPKF operations. Bravery and sacrifices will be lauded and political mileage gained. Yet, no official history has been published. If we do not radically reform our approach to recording military history, we are bound to repeat the mistakes.

Lt Gen H S Panag PVSM, AVSM (R) served in the Indian Army for 40 years. He was GOC in C Northern Command and Central Command. Post retirement, he was Member of Armed Forces Tribunal. He tweets @rwac48. Views are personal.