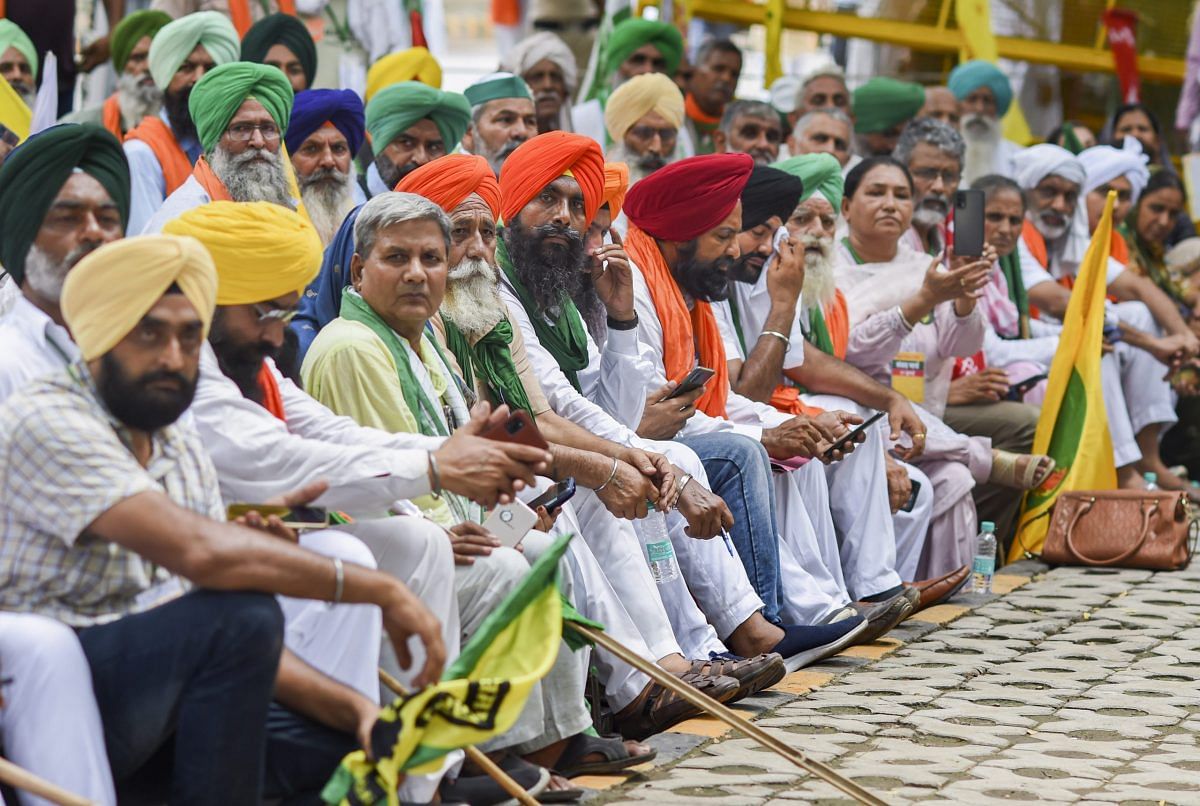 
New Delhi: A group of 200 farmers reached Jantar Mantar in central Delhi on Thursday to protest against the Centre’s three contentious farm laws as the Monsoon session of Parliament was underway.

Police threw a ring of security around central Delhi and kept a tight vigil on the movement of vehicles.

Delhi Lt Governor Anil Baijal has given special permission for demonstration by a maximum of 200 farmers at Jantar Mantar, a few metres from the Parliament Complex, till August 9.

The 200 farmers, wearing identification badges and carrying flags of their unions, travelled to Jantar Mantar from their Singhu border protest site in buses with a police escort.

The protesting farmers have been restricted to a small section of Jantar Mantar with police putting up barricades on both sides.

Several teams of the Delhi Police manned the roads leading to the protest venue, while personnel of the Rapid Action Force, an specialized unit of the Central Reserve Police Force, stood guard at the site, carrying riot shields and batons.

A water cannon and metal-detector gates have been deployed at the site. Two tankers carrying drinking water have also been stationed there.

The Samyukt Kisan Morcha (SKM), an umbrella body of farmer unions spearheading the protest against the three farm laws, has been asked to give an undertaking that all COVID-19 norms would be followed and the stir would be peaceful.

Although the SKM had said that their protest at Jantar Mantar would continue till the end of the Monsoon session of Parliament on August 13, the lieutenant governor has given permission for protest till August 9.

This is the first time since the violence in the national capital during a tractor rally on January 26 that the authorities have granted permission to the protesting farmer unions to hold a demonstration in the city.

Gathering for protests is currently not allowed in the national capital in view of the COVID-19 pandemic, according to an order by the Delhi Disaster Management Authority.

Thousands of farmers from across the country have been agitating at three Delhi border points — Singhu, Tikri and Ghazipur — against the three farm laws that they claim will do away with the minimum support price system, leaving them at the mercy of big corporations.

Over 10 rounds of talks with the government, which has been projecting the laws at major agricultural reforms, have failed to break the deadlock between the two sides.