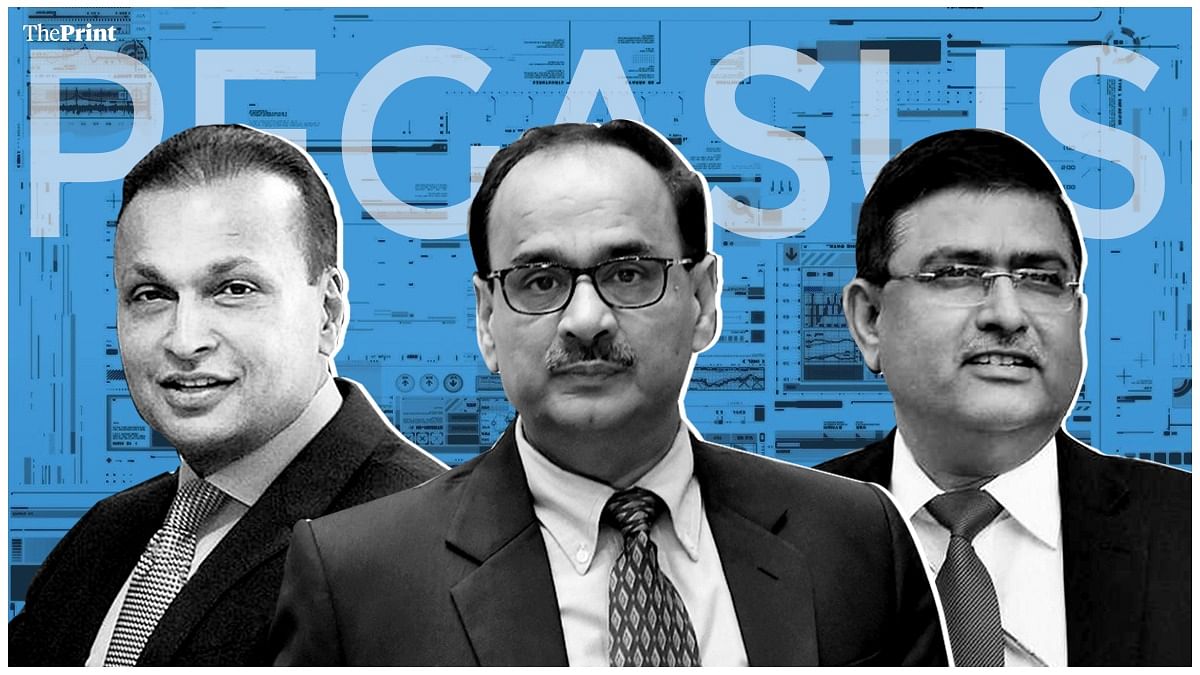 
New Delhi: Business tycoon Anil Ambani, former CBI chief Alok Verma, and two other senior CBI officials Rakesh Asthana and A.K. Sharma are among the latest names of those whose phones were allegedly targeted by the Israeli spyware Pegasus, according to a leaked list accessed by a global media consortium.

In a sixth tranche of names to be released since Sunday, Reliance ADA Group’s corporate  communications chief Tony Jesudasan and his wife’s phone number also figure.

Ambani’s Reliance ADA Group was involved in the Rs 59,000 crore Rafale deal, which had earlier courted controversy. The opposition Congress levelled charges against the Narendra Modi government of inflating the cost of the deal. The Congress had also questioned the offset contract and said that it was given to a private firm instead of the public sector Hindustan Aeronautics Limited.

Besides Ambani and Jesudasan, the number for Dassault Aviation’s representative in India, Venkata Rao Posina, former Saab India head Inderjit Sial and Boeing India boss Pratyush Kumar figure in the list. They were allegedly targeted between 2018 and 2019.

Also on the list are the phone numbers of former CBI chief Alok Verma and the personal numbers of his wife, daughter and son-in-law. In all, phone numbers of eight family members of Verma were allegedly targeted using the Pegasus spyware.

Verma, Asthana and Sharma’s phone numbers were put on the list for a brief period during 2018-19, and were removed after Verma retired next year.

Verma and Asthana were involved in a bitter power tussle in 2018, which resulted in Verma being divested of his charge and Asthana being moved out of the CBI.

A global consortium of media organisations which accessed a leaked database of the numbers, has been publishing lists of names of people who were allegedly identified by governments dealing with Israel’s NSO Group, which owns Pegasus.

Numbers of around 300 Indians feature in this database.

In the first tranche of names released, Shishir Gupta and Prashant Jha of Hindustan Times, Siddharth Varadarajan, co-founder of The Wire, Swati Chaturvedi and Rohini Singh, also from The Wire, Vijaita Singh of The Hindu and Ritika Chopra of The Indian Express were among the 40 names of journalists who were allegedly targeted.

The leaked database of numbers was accessed by Paris-based media nonprofit Forbidden Stories and Amnesty International and shared with Le Monde, The Guardian, Washington Post, Die Zeit, Suddeutsche Zeitung, The Wire in India and 10 other Mexican, Arab and European news organisations as part of a collaborative investigation called the ‘Pegasus Project’.