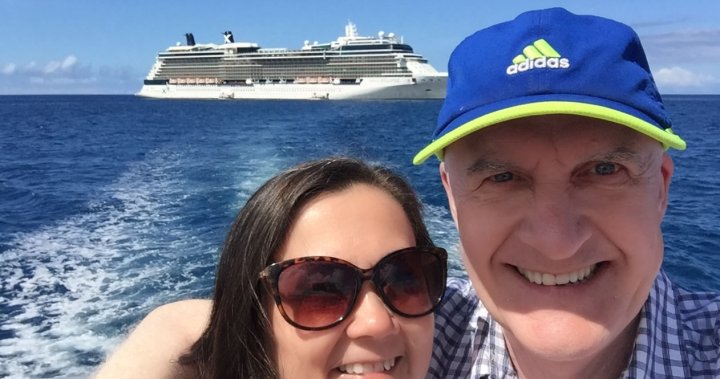 Some Canadians are frustrated after cruise lines in the United States issued policies stating they do not recognize mixing-and-matching of COVID-19 vaccines as being fully vaccinated.

Thousands of Canadians heeded the call to mix-and-match their doses as the country faced vaccine supply issues; that call was bolstered when the National Advisory Committee on Immunization not only said mixing-and-matching was acceptable but recommended it when the first dose was a viral vector vaccine, like AstraZeneca.

“Following CDC guidelines, Celebrity will consider a guest ‘fully vaccinated’ with proof of vaccination that can include mixed doses of the Pfizer and Moderna mRNA vaccines only. No other mixed vaccine doses will qualify a guest as ‘fully vaccinated,” reads the policy on Celebrity Cruises’ website.

The policy on the Carnival Cruise Line’s website reads: “For cruises departing the U.S., the CDC requires both vaccines in a two-dose series to be of the same type.

“They also accept mixing mRNA vaccines only (Pfizer and Moderna).

“No other vaccine combination meets the criteria to be considered fully vaccinated. So, for example, Canadian or other international guests who received a combination of AstraZeneca and Pfizer are considered unvaccinated by the CDC.”

4:55
Cruise industry continues to open up as COVID-19 restrictions lift

Some cruise lines are only allowing fully vaccinated guests to board their ships while others require those considered unvaccinated to request an exemption or be subject to a different set of protocols.

Travel bloggers Karen and Brian Hosier of Port Coquitlam, B.C., have six cruises booked over the next year.

However, both mixed-and-matched their vaccines — they were first vaccinated with AstraZeneca and followed-up with a Pfizer dose.

“It’s a little bit frustrating. We don’t know at this point whether to cancel [our] trip,” said Karen.

When Canadians were advised to mix-and-match, both said they were comfortable with getting doses from two different manufacturers.

“I trust the science behind it,” said Brian.

As they now debate whether to wait-and-see if policies change or to cancel their cruises, the pair said they have no regrets about following the advice of doctors and public health officials.

“We wanted to get vaccinated as soon as possible so we lower our risk of getting coronavirus,” said Karen.

“If anything, I’m trusting – in the end – common sense will prevail,” said Brian.

6:03
Mixed up about mixing vaccines? Doctor answers your COVID-19 questions

“We love cruising in the way that people could cruise pre-pandemic. If the new cruising is, because it’s a modified version, you can’t do excursions, you can’t have full access to the ship, etc, that’s not cruising to us.”

Zahid Butt, an infectious disease epidemiologist at the University of Waterloo, said there is no evidence to show that mixing-and-matching vaccines is harmful and said studies show that mixing AstraZeneca with a second dose of Pfizer is better in creating antibody response to the virus.

“There is no scientific evidence to say people who have a second dose, which is of a different vaccine, would have lesser immunity than the ones who have the same vaccine,” he said

“There has to be scientific evidence to justify why you are not allowing people to join cruises.”

A statement from Carnival Cruise Line to Global News, when asked what evidence the company was using to support its policy, said the company is using the CDC definition of fully vaccinated.

“Anyone with a combination of AstraZeneca and an MRNA vaccine like Pfizer is considered unvaccinated.  So those guests would need to apply for an exemption to our vaccination standards,” reads the statement.

Similarly, a statement from Celebrity Cruises to Global News said it also follows guidance of the countries it sails from.

“For our ships sailing from the U.S., we follow CDC guidance which allows for mixing of mRNA vaccines, but not the mixing of other vaccines. We would consider a guest with a mix of the two mRNA vaccines, Pfizer and Moderna, to be fully vaccinated. For our ship sailing in the UK and our ship sailing in Greece, we follow their respective country guidance and both allow for a mix of AstraZeneca, Pfizer and Moderna vaccines,” reads the statement.

0:45
Coronavirus: WHO says ‘vaccine passports’ for travel has ethical considerations due to inequality

Coronavirus: WHO says ‘vaccine passports’ for travel has ethical considerations due to inequality – Mar 8, 2021

Kerry Bowman, a professor of bioethics and global health at the University of Toronto, said variation of vaccination policies in different countries is “very, very problematic.”

“This is the face of vaccine passports and this is why they’re so difficult ethically in which they are dividing people. If, in fact, people couldn’t take these cruise ships because there was solid scientific evidence that highlighted they had an elevated risk to other people of themselves… but look, this is not the case,” he said.

Bowman said there has not been enough of a global focus on the pandemic, which has led to countries making up their own policies, thereby creating these bureaucratic problems.

“I think, as things slowly open up, we are going to see more and more problems with this,” he said.

Read more:
Can a business ban unvaccinated customers? Here’s what we know

Bowman said it’s almost as if divisions are being driven by brands and commercial factors rather than anything else.

“It is profoundly unfair to people,” he said, adding there are concerns this could erode trust in the country’s health leadership, who encouraged people to mix-and-match their doses.

“There was the possibility this would occur — that Canada was mixing [doses], international people may not go for it and now it’s here.

“It will erode that trust and for other Canadians that aren’t fully vaccinated or in the months ahead if we need boosters, it could contribute to vaccine hesitancy.”

As for the Hosiers, they say the experience is making them re-consider how and where they travel.

“We feel we’ve done everything right.

“We got our vaccines at the right time, as soon as we could.

“When we had the window open for the second vaccine, we were first in line. But now to have this…’Oh you’ve had AstraZeneca then therefore we’re not considering you vaccinated or you’ve mixed-and-matched,” said Brian.

“It’s also going to impact the bottom line of where we spend our dollars.”