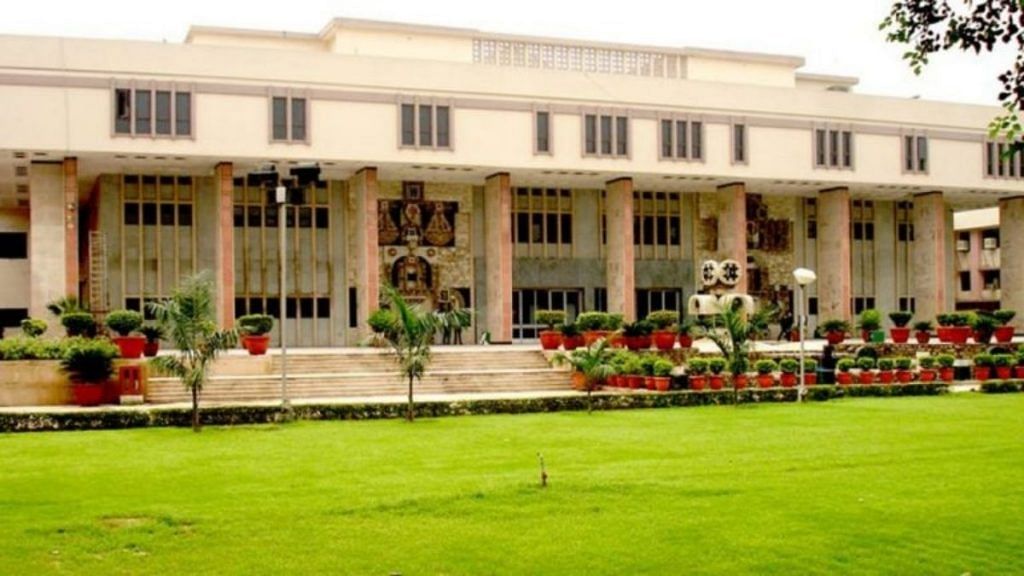 
New Delhi: The Delhi High Court Thursday sought the Centre’s reply on a plea challenging the new IT Rules for allegedly being in gross disregard of the fundamental rights of free speech and privacy of users of social media intermediaries such as WhatsApp, Instagram and Twitter.

A bench of Justice Chief Justice D N Patel and Justice Jyoti Singh issued notice to the Centre on advocate Uday Bedi’s plea contending that the new IT rules are unconstitutional and antithetical to the fundamental principles of democracy.

Granting time to the Centre to file its counter affidavit, the court listed the plea for further hearing on September 13.

In his petition, Bedi has argued that the social media intermediaries cannot be given the power to decide, on the basis of a complaint or otherwise, as to which information is liable to taken down.

The petition states that the new Information Technology Rules themselves do not define how the social media intermediaries would voluntarily take action against a complaint without peeping into all conversations over the SMI platform and that it is not possible to trace the first originator of a message without decrypting all the private information that is stored, published, hosted or transmitted through the platform.

While giving powers in excess of the powers given under the parent legislation, the IT Act, to voluntarily remove access to information that does not conform to Rule 3(1)(b), the Impugned Rules have allowed the social media platforms to place the users under constant surveillance which is a gross breach of the right to privacy, the petition reads.

The rules also mandate that even if the person is not under any investigation for violation of the rules, the intermediary has to retain his or her data without any justification, which is a gross violation of the right to privacy of the user, the petition further said.

Emphasising that no appellate procedure has been provided for under the rules against the decision of a Grievance Officer and/or the Chief Compliance Officer, Bedi, in his plea, has added that wide powers to restrict free speech of citizens have been placed in the hands of private individuals, which is shockingly disproportionate and completely unjustified.

There is also no mandate that the author of the allegedly objectionable information has to be heard before deciding any complaint against him/her, it is stated.

Also read: NSA was imposed on Manipur activist Erendro on basis of 5 cases, but probe not completed in 4