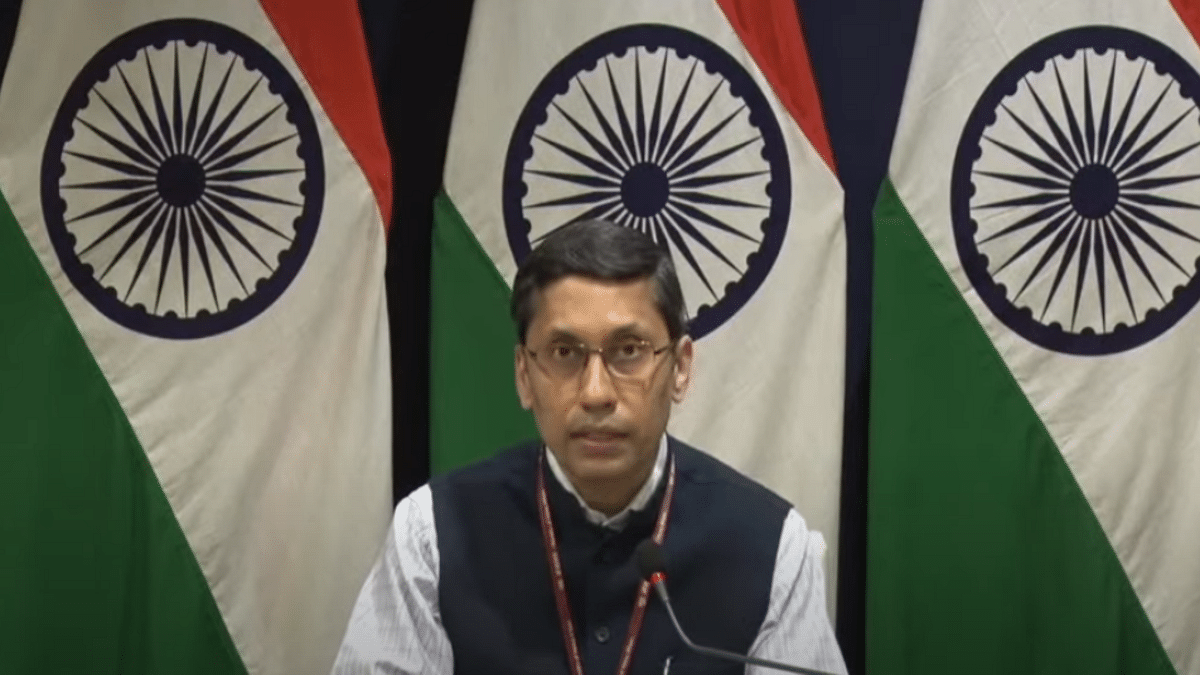 
New Delhi: India on Thursday once again pressed China for early resolution of the remaining issues along the Line of Actual Control in eastern Ladakh while fully abiding by bilateral agreements and protocols.

At a media briefing, MEA spokesperson Arindam Bagchi also said that External Affairs Minister S Jaishankar conveyed to his Chinese counterpart Wang Yi last week that maintenance of peace and tranquillity in the border areas was the foundation for the development of ties since 1988.

Jaishankar and Wang held a one-hour meeting in Dushanbe on July 14 on the sidelines of a conclave of the Shanghai Cooperation Organisation (SCO).

Bagchi said the two leaders agreed that the next round of commander-level talks should be convened at the earliest where the two sides should discuss all the remaining issues and seek a mutually acceptable solution.

The spokesperson said Jaishankar recalled that both sides had agreed that a prolongation of the existing situation was not in the interest of either side and that it was visibly impacting the relationship in a negative manner.

“The external affairs minister emphasized that maintenance of peace and tranquillity in the border areas has been the foundation for the development of ties since 1988. Attempts to change status quo last year, which also disregarded commitments under the 1993 and 1996 agreements, have inevitably affected ties,” Bagchi said.

“It was, therefore, in mutual interest that the two sides work towards early resolution of the remaining issues along the LAC in Eastern Ladakh, while fully abiding by bilateral agreements and protocols,” he said.

Bagchi said there was also an understanding in the Jaishankar-Wang meeting that both sides will continue to ensure stability on the ground and neither side will take any unilateral action that could increase tension.

India and China have been locked in a military standoff at multiple friction points in eastern Ladakh since early May last year.

The two sides completed the withdrawal of troops and weapons from the North and South banks of Pangong lake in February following a series of military and diplomatic talks.

There was no visible forward movement in disengagement of troops in the remaining friction points as the Chinese side did not show flexibility in their approach on it at the 11th round of military talks.

The 12th round of military talks is likely to take place by July-end or in the first week of August.