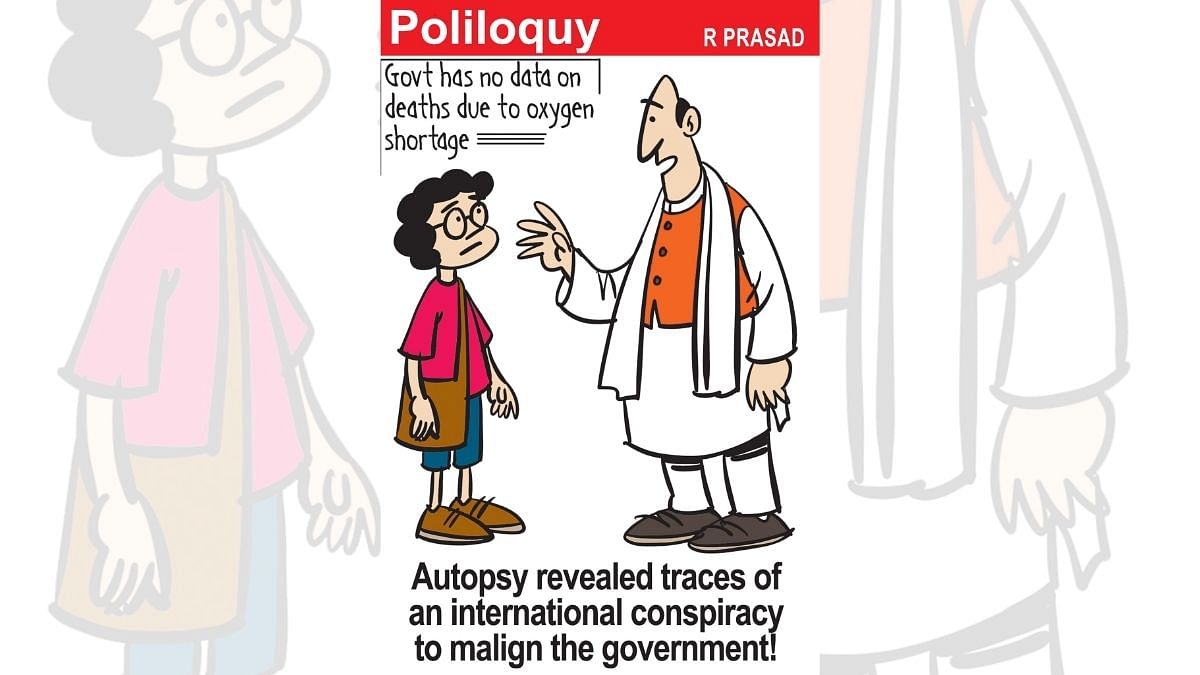 
The selected cartoons appeared first in other publications, either in print or online, or on social media, and are credited appropriately.

In today’s featured cartoon, R. Prasad refers to the Narendra Modi government’s statement in Rajya Sabha denying deaths in the second wave due to oxygen shortage and draws parallels to its response to the Pegasus controversy.

Satish Acharya’s take on the recent revelations made by the international Pegasus Project.

Kirtish Bhatt illustrates the controversy around the unprecedented surge in demand for medical oxygen during the second wave and the ‘no deaths were specifically reported’ comment made by the central government in the Rajya Sabha.

E.P. Unny on the French government’s investigation into the widespread use of the Pegasus spyware to target journalists, political leaders and human rights activists in multiple countries.

Sandeep Adhwaryu, in his take on the oxygen controversy, recalls the story of King Harishchandra and contrasts it with the government’s recent statements.