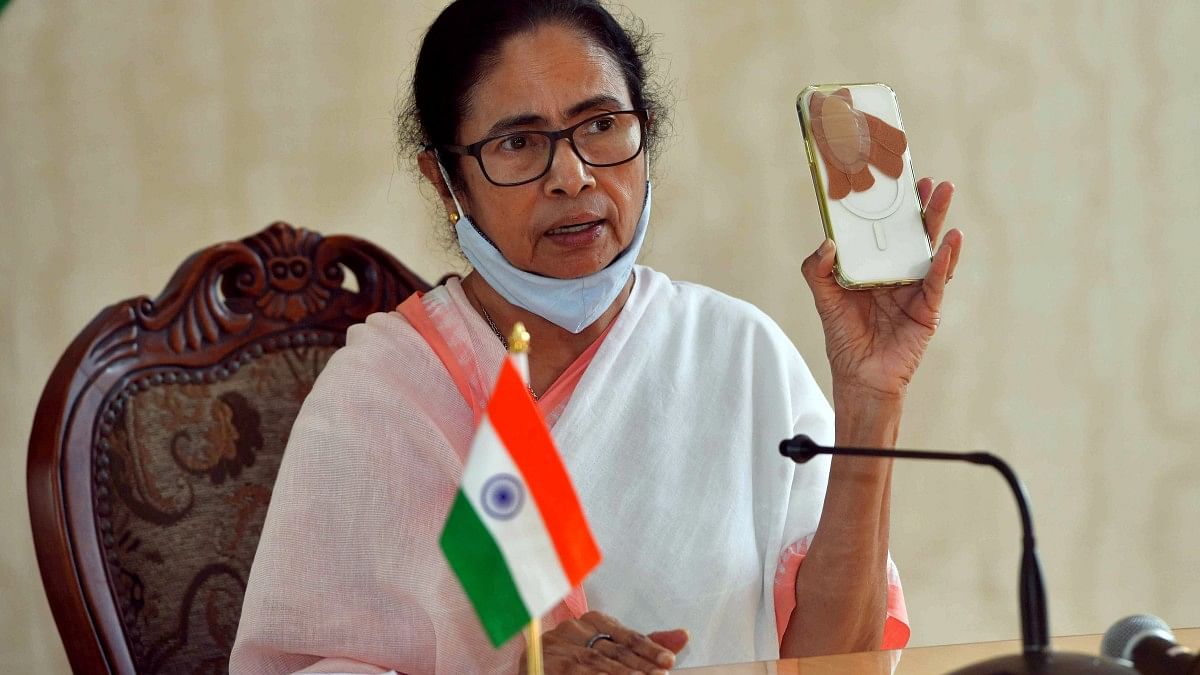 
Kolkata: West Bengal Chief Minister Mamata Banerjee on Thursday claimed that the Pegasus spyware scandal, which broke earlier this week, was “worse than the Watergate scandal” which happened during the Nixon presidency in the US and termed the use of the spyware as a super emergency.

The chief minister exhorted civil society, students, media-persons to rise in protest against the misuse of the spyware.

Banerjee also pointed out that details of election strategy meetings she held with Prashant Kishor were known to those who installed the spyware.

“Pegasus is worse than Watergate scandal; it is a super emergency,” Banerjee told a press conference at the state secretariat here. The Watergate scandal initially involved a clandestine break-in into the Democratic party headquarters in Washington, but eventually encompassed mis-use of security and Internal Revenue Service officers in a political battle.

She also said that even the RSS, considered the ideological parent of the BJP was not spared from the spying bid.

“They (BJP leadership) don’t trust even their own officers and ministers,” she said, adding “I have heard they tapped the phones of several RSS people.”

The Pegasus spyware developed by an Israeli firm was allegedly used to infect the mobile phones of hundreds of journalists, politicians both from the ruling party and the opposition- as well as bureaucrats and others, in a bid to spy on them.

“Details of a meeting (on election strategy) in my office with PK (strategist Prashant Kishor) was known to those installed the surveillance (spyware), the chief minister said. If one person’s phone is under surveillance that means those who talk to the person are also under surveillance, she pointed out.

The chief minister recently managed to win the high voltage electoral battle for Bengal assembly, despite being pitted against Prime Minister Narendra Modi and a galaxy of top BJP leaders. Accusing the current central government led by Modi of behaving like Hitler , the chief minister said “they are (trying to) scare media, trying to capture the judiciary.

Showing a leukoplast pasted on the speaker of her phone, she said “this is a symbolic protest. The civil society, students, media, everyone should protest. This (spying) is nothing but encroachment of privacy as Pegasus spyware can even intrude through WhatsApp.”

Should our phones be kept in deep freeze. The world cannot function in this way,” she said.

“The Press Club, Editors Guild, Everyone should unite. BJP is trying to scare the media by feeding news it wants to, to some channels,” she claimed.

Banerjee said it was the duty of the Prime Minister or Home Minister to make a statement in Parliament “when a big scandal (such as alleged misuse of the Pegasus spyware) occurs.”

She alleged that instead of doing so “they are bulldozing people who raise their voice. They are trying to gag the voice of Dainik Bhaskar which raised its voice against BJP’S mis-governance.”

The income tax authorities have earlier on Thursday raided the offices of the Dainik Bhaskar for alleged tax evasion.

“Their game is dangerous. This autocracy will not be supported by people of India,” she said.

Also read: ‘I was also snooped on’, Mamata claims as she urges SC to order probe into Pegasus hackings