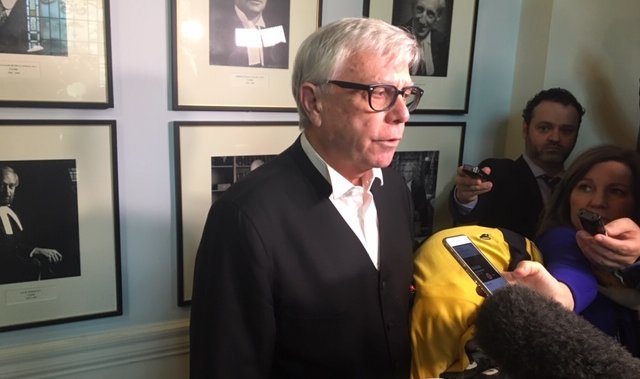 The former clerk of the B.C. legislature has pleaded not guilty to five breach of trust and fraud charges, just as a judge tossed out one of the accusations against him.

A spokesman for the Crown prosecutor’s office says Craig James appeared in B.C. Supreme Court in Victoria on Thursday to make the plea.

The charges came after an RCMP investigation into spending by senior staff on personal expenses at the provincial legislature.

James had originally been charged with six counts, but in a ruling posted online Associate Chief Justice Heather Holmes quashed the first breach of trust charge for several reasons, including that it duplicated other charges and could prejudice the trial process.

Lawyers for James argued at a hearing in May that the first count alleging the breach in connection with his duties was a duplicate charge and would only confuse the jury at trial.

However, the prosecution service said in an emailed statement that James has now elected a trial by judge alone and it is expected to begin in Vancouver in January.