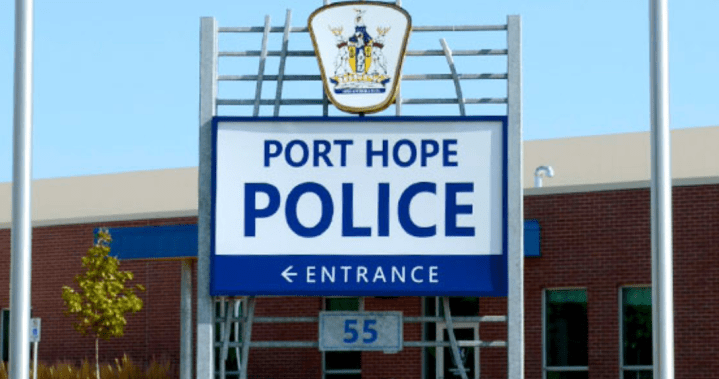 A Port Hope, Ont., man faces break and enter charges following an incident at a business on Thursday morning.

According to the Port Hope Police Service, around 5:20 a.m., officers were called to a business for an alarm.

“When the officers were inside the building they could hear scratching and scraping noises coming from the west exterior wall of the building, but no sign of forced entry could be seen,” police said.

Two officers later located a man crouched down outside at the rear of the business near a hole in the building. The suspect allegedly fled from officers but was eventually arrested along the Ganaraska River.

Donald Bates, 47, of Port Hope, was arrested and charged with breaking and entering with intent to commit an indictable offence and possession of an instrument suitable for the purpose of breaking into a place.

He was released on an undertaking with conditions to remain away from the business. Bates will appear in court in Cobourg in early September, police said Friday.