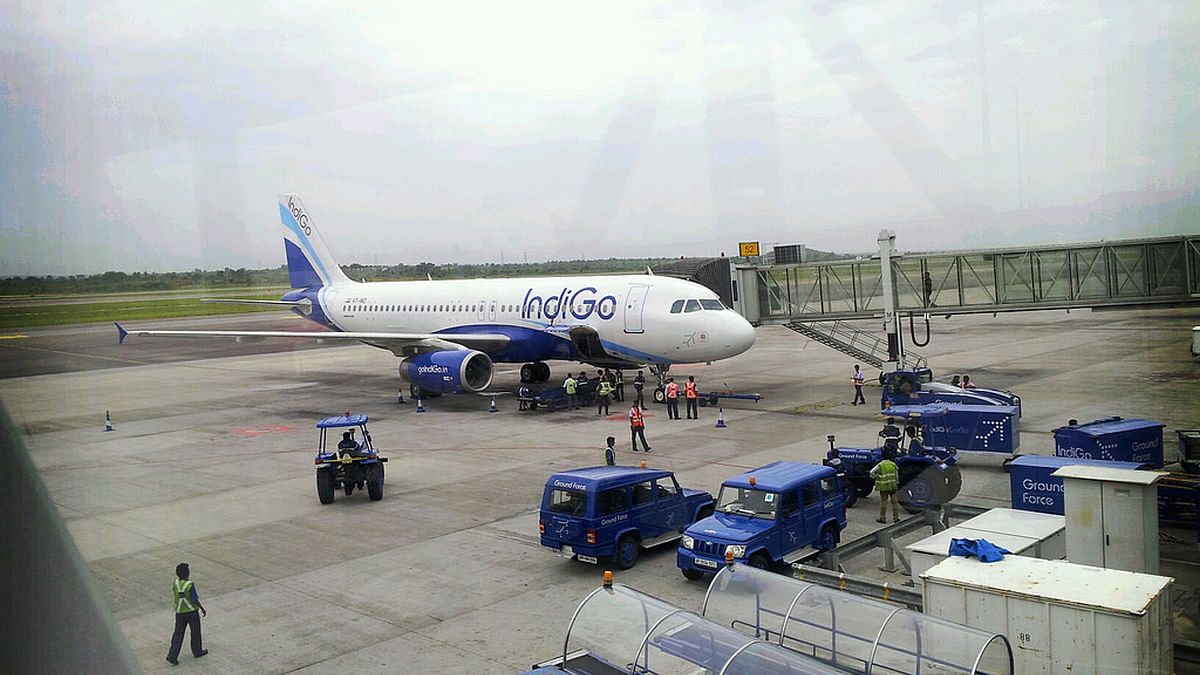 
New Delhi: Seven persons, including four staffers of Indigo and Spicejet airlines, were arrested by the customs officials at Indira Gandhi International (IGI) airport here for allegedly smuggling into the country gold worth Rs 72.46 lakh, an official statement said on Saturday.

Three persons were intercepted by the customs officials after their arrival from Jeddah, Saudi Arabia, on Tuesday, it said.

Detailed personal and baggage search of the two passengers resulted in the recovery of two gold bar pieces and one gold biscuit collectively weighing 517.2 grams and valued at Rs 22.89 lakh, the statement issued by the customs department said.

One of the passengers has admitted to have handed over 160 grams of gold to Indigo airline staff, it said.

On the basis of interrogation, it has transpired that three members of a syndicate of Indigo airline and one member of Spicejet were also involved in smuggling of gold and they have also admitted their involvement in smuggling of 960 grams gold previously, the statement said.

The total value of the smuggled goods including previously smuggled gold comes to Rs 72.46 lakh, it added.

All the seven accused persons — three passengers along with four syndicate members — have been placed under arrest, the statement said.