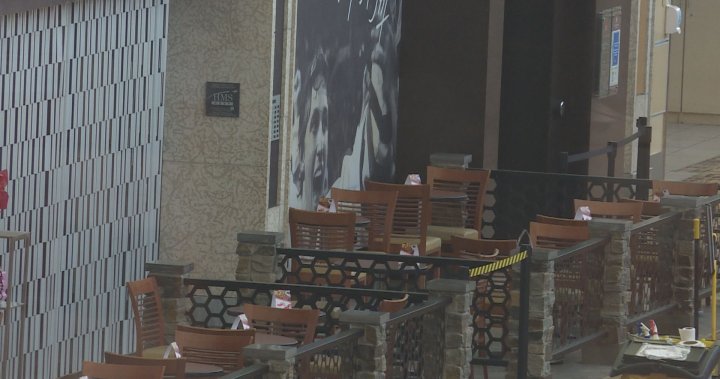 Passenger traffic is finally starting to pick up at Edmonton International Airport, but for more than a year it was a virtual ghost town.

The lack of travellers took a significant toll on airport restaurants.

“With COVID(-19), of course the number of people flying went down to a couple hundred a day numbers, and you can’t support 60-plus shops and restaurants at the airport, so a lot of the businesses shut down during that time frame,” said Myron Keehn, vice-president of air services and business development at EIA.

Keehn said out of its more than 60 restaurants and retail stores, only about half are now open.

One business owner who stayed operational said it was tough but he is already seeing a boost to his bottom line.

“We’ve been waiting for this for a long time, like patiently waiting, and it’s great to see passengers back in, checking their bags and going through and jumping on flights,” ECG Ventures president Cale Inglis said.

“(There’s an) increase in flight loads and international travel coming back, all these great things we’ve been waiting for.”

Keehn said any loss of business is difficult, but with change comes new opportunity, and despite only half of EIA’s shops currently open, food, drinks and other supplies are abundant.

“It will take a couple years to get everything back,” Keehn said. “It won’t all open at once, but what we have seen from our market is that it is very resilient.”

Read more:
Edmonton airport prepares for return of international travel: ‘It is really important to us’

Keehn said the airport is looking forward to Aug. 9 when it will once again be allowed to host international travellers.