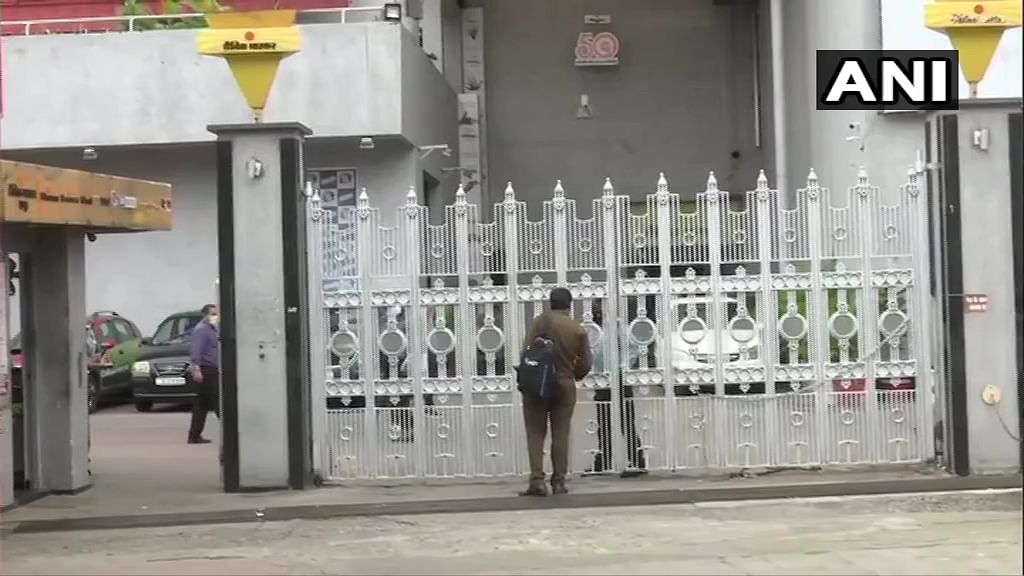 
New Delhi: The CBDT on Saturday claimed to have detected “fictitious transactions” of Rs 2,200 crore after the Income Tax Department carried out multi-city raids against the Dainik Bhaskar media group early this week.

It said the searches that were launched on July 22 in nine cities like Bhopal, Indore, Delhi, Ahmedabad, Noida and some others are “continuing and further investigations are in progress.”

“The voluminous material found during the search operations is being examined,” the CBDT statement issued here said.

The Central Board of Direct Taxes (CBDT) frames policy for the IT Department.

While the statement did not name the group, official sources identified it to be the Bhopal headquartered Dainik Bhaskar group which is involved in various business sectors like media, power, textiles and real estate with a group turnover of more than Rs 6,000 crore per annum.

“Cyclical trading and transfer of funds among group companies engaged in unrelated businesses to the tune of Rs 2,200 crore has been found.

“The enquiries have confirmed that these have been fictitious transactions without any actual movement or delivery of goods. The tax effect and violation of other laws are being examined,” the statement alleged.

The media group, on the day of the raids, had posted a message on its website saying the government was scared of its true journalism.

From bodies in river Ganga to Corona deaths, the group that brought the real numbers in front of the country is being raided by the government, it alleged in a message in Hindi.

“I am independent because I am Bhaskar, Only the readers’ will matters in Bhaskar,” it had said.

The CBDT statement alleged that the group has more than 100 companies including the holding and subsidiary companies and that they have been operating several companies in the names of their employees that have been used for booking “bogus” expenses and routing of funds.

“During the search, several of the employees, whose names were used as shareholders and directors, have admitted that they were not aware of such companies and had given their Aadhaar card and digital signature to the employer in good faith.

“Some were found to be relatives, who had willingly and knowingly signed the papers but had no knowledge or control of the business activities of the companies, in which they were supposed to be directors and shareholders,” the CBDT claimed.

Such companies, it alleged, have been used for multiple purposes like “booking bogus expenses” and “siphoning off” the profits from listed companies, routing of funds so siphoned into their closely held companies to make investments, making of circular transactions etc.

“The nature of such bogus expenditures booked vary from supply of manpower, transport, logistics and civil works and fictitious trade payables.

“The quantum of income escapement using this modus operandi, detected so far, amounts to Rs 700 crore spread over a period of six years,” it claimed.

However, the quantum may be more as the group has used multiple layers and investigations are being carried out to unravel the entire money trail, it added.

The statement said the tax department is probing the violation of certain sections of the Companies Act and Clause 49 of the Listing Agreement prescribed by SEBI for listed companies in this case.

“Application of Benami Transaction Prohibition Act will also be examined,” it said.

The CBDT said the real estate entity of the group is operating a mall and had been sanctioned a term loan of Rs 597 crore from a nationalised bank.

“Out of this, an amount of Rs 408 crore has been diverted to a sister concern as a loan at a low interest rate of one percent.”

“While the real estate company has been claiming expenses of interest from its taxable profit, it has been diverted for personal investments of the holding company,” it alleged.

The listed media company “does barter deals” for advertisement revenues, whereby immovable properties are received in place of actual payments, it said.

“Evidences have been found indicating cash receipts in respect of the subsequent sale of such properties. This is under further examination,” the statement said.

The CBDT said “evidences” found during the raids indicate receipt of on-money in cash, on sale of flats by the realty arm of the group.

“The same has been confirmed by two employees and a director of the company.”

“The modus operandi as well as the corroborating documents have been found. The exact amount of out-of-books cash receipts are being quantified,” it said.

The tax officials found a total of 26 lockers in the residential premises of the promoters and key employees of the group, which are being operated, it said.