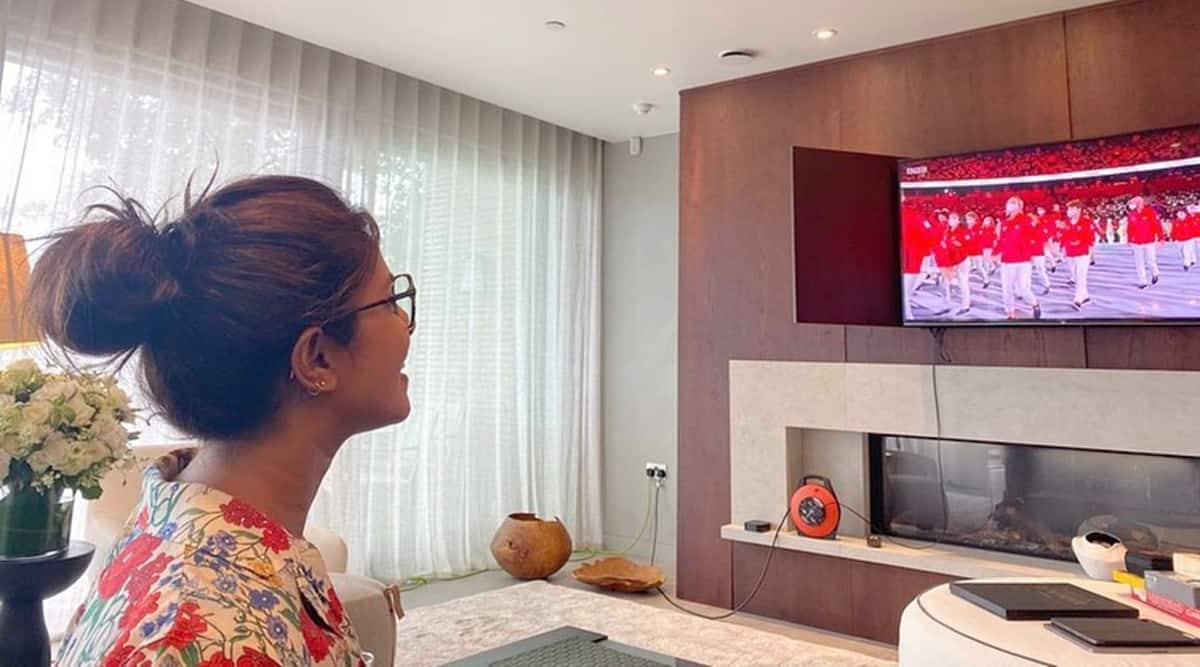 Actor Priyanka Chopra on Friday sent her wishes to participating countries of Tokyo Olympics 2020. During the opening ceremony, Priyanka shared a long post on Instagram, where she said the games were much needed in the current times.

Priyanka Chopra posted a click from her living room, totally engrossed in watching the opening ceremony of the much-delayed games. Along with the photo, she wrote, “I’m sitting in front of my TV watching the opening of the Olympic Games happening right now in Tokyo and the mood is somber, yet the moment feels nostalgic. We all know the games are unlike anything we’ve experienced before, with the best of the best athletes in the world competing for the pride of their countries. The arenas may be without an audience, but our cheers won’t stop, no matter where we are. Good luck to everyone participating. Know that you are giving an embattled world something to collectively cheer for.”

The Tokyo Olympics got delayed for 12 months due to the pandemic. It is the first time that the event will be held without spectators.