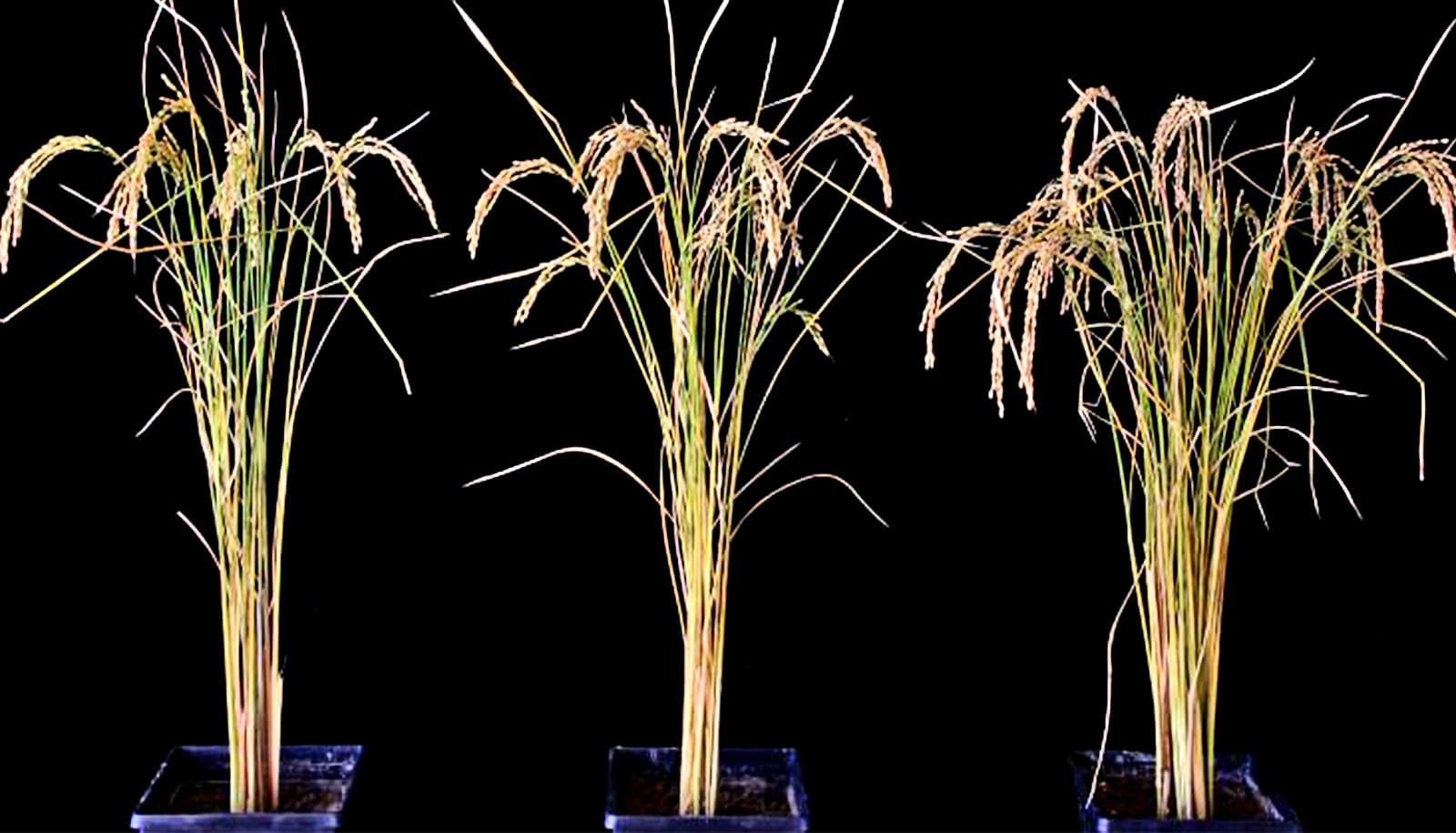 In initial tests, adding a gene encoding for a protein called FTO to both rice and potato plants increased their yield by 50% in field tests.

The plants grew significantly larger, produced longer root systems, and were better able to tolerate drought stress. Analysis also showed that the plants had increased their rate of photosynthesis.

“The change really is dramatic,” says Chuan He, professor of chemistry, biochemistry, and molecular biology at the University of Chicago, who led the research with Guifang Jia, a professor at Peking University. “What’s more, it worked with almost every type of plant we tried it with so far, and it’s a very simple modification to make.”

The researchers—along with other leading experts—are hopeful about the potential of this breakthrough, especially in the face of climate change and other pressures on crop systems worldwide.

“This really provides the possibility of engineering plants to potentially improve the ecosystem as global warming proceeds,” He says. “We rely on plants for many, many things—everything from wood, food, and medicine, to flowers and oil—and this potentially offers a way to increase the stock material we can get from most plants.”

“This is a very exciting technology and could potentially help address problems of poverty and food insecurity at a global scale—and could also potentially be useful in responding to climate change,” says Michael Kremer, a professor in economics and the Harris School of Public Policy at the University of Chicago and recipient of a Nobel Prize for his work on alleviating global poverty

Boosting yields in the fields

For decades, scientists have worked to boost crop production in the face of an increasingly unstable climate and a growing global population. But such processes are usually complicated, and often result only in incremental changes.

The way this discovery came about was quite different.

Many of us remember RNA from high school biology, where we were taught that the RNA molecule reads DNA, then makes proteins to carry out tasks. But in 2011, He’s lab opened an entire new field of research by discovering the keys to a different way that genes are expressed in mammals.

It turns out that RNA doesn’t simply read the DNA blueprint and carry it out blindly; the cell itself can also regulate which parts of the blueprint get expressed. It does so by placing chemical markers onto RNA to modulate which proteins are made and how many.

He and his colleagues immediately realized that this had major implications for biology. Since then, his team and others around the world have tried to flesh out our understanding of the process and what it affects in animals, plants, and different human diseases. For example, He is a cofounder of a biotech company now developing new anti-cancer medicines based on targeting RNA modification proteins.

He and Guifang Jia, a former University of Chicago postdoctoral researcher and now an associate professor at Peking University, began to wonder how it affected plant biology.

They focused on a protein called FTO, the first known protein that erases chemical marks on RNA, which Jia found as a postdoctoral researcher in He’s group at the University of Chicago.

The scientists knew it worked on RNA to affect cell growth in humans and other animals, so they tried inserting the gene for it into rice plants—and then watched in amazement as the plants took off. “I think right then was when all of us realized we were doing something special,” He says.

The rice plants grew three times more rice under laboratory conditions. When they tried it out in real field tests, the plants grew 50% more mass and yielded 50% more rice. They grew longer roots, photosynthesized more efficiently, and could better withstand stress from drought.

The scientists repeated the experiments with potato plants, which are part of a completely different family. The results were the same.

“That suggested a degree of universality that was extremely exciting,” He says.

It took the scientists longer to begin to understand how this was happening. Further experiments showed that FTO started working early in the plant’s development, boosting the total amount of biomass it produced.

The scientists think that FTO controls a process known as m6A, which is a key modification of RNA. In this scenario, FTO works by erasing m6A RNA to muffle some of the signals that tell plants to slow down and reduce growth. Imagine a road with lots of stoplights; if scientists cover up the red lights and leave the green, more and more cars can move along the road.

The process described in this paper involves using an animal FTO gene in a plant. But once scientists fully understand this growth mechanism, He thinks there could be alternate ways to get the same effect.

“This is a brand new type of approach, one that could be different from GMO and CRISPR gene editing; this technique allows us to ‘flip a switch’ in the plants at an early point in development, which continues to affect the plant’s food production even after we remove the switch,” he says.

“It seems that plants already have this layer of regulation, and all we did is tap into it. So the next step would be to discover how to do it using the plant’s existing genetics.”

He is working with the university and the Polsky Center for Entrepreneurship and Innovation to explore the possibilities.

“Early field studies show it can be scaled up. We hope to work with academia and industry to further understand this biology and to safely and widely apply this new technology,” he says.

He can imagine all sorts of uses down the road.

“Even beyond food, there are other consequences of climate change,” says He. “Perhaps we could engineer grasses in threatened areas that can withstand drought. Perhaps we could teach a tree in the Midwest to grow longer roots, so that it’s less likely to be toppled during strong storms. There are so many potential applications.”

The research appears in Nature Biotechnology.