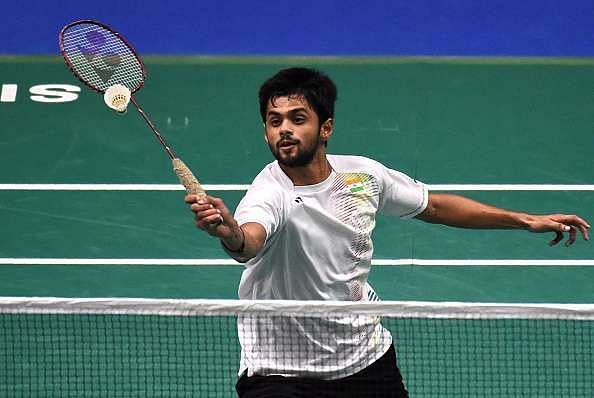 It was a disastrous start for B Sai Praneeth as the experienced Indian went down without a fight against a lower-ranked player from Israel.

World No. 15 Sai Praneeth was expected to roll over Misha Zilberman but the veteran Israeli player notched up an upset 21-17, 21-15 win over the out-of-sorts Indian.

The opening men’s singles match of Group D was won by the World No. 47 Misha Zilberman with a fearless display of badminton for 42 minutes. This was their second meeting in 2021 with the first one taking place in round 32, at the 2021 Swiss Open where Sai Praneeth defeated Misha.

The shock defeat has all but closed Sai Praneeth’s entry into the next round as he needed to top the group to qualify for the knock-out stage of the competition.

1. Lack of match practice for Sai Praneeth has made him rusty

Due to the raging COVID-19 pandemic, Sai Praneeth did not get sufficient match practice prior to the big event. It showed when the 28-year-old shuttler was playing his first match at the Tokyo Olympics. Much was expected from India’s only entrant in this year’s competition but Sai Praneeth crashed to a straight-game defeat.

Compared to other countries, Indians did not get any tournament in the domestic season for the last few months. During practice, Sai Praneeth played so many matches against his sparring partners but he had not experienced the feeling of the real tournament atmosphere for quite some time until today.

Since Sai Praneeth was making his debut in the Olympics, he was nervous and could not play freely. His natural free-flowing game was missing as he was carried away by the pressure of the Games. The supreme confidence, which he exudes in other tournaments, was missing from his kitty in Tokyo.

Confidence played a major part in Sai Praneeth winning the bronze medal at the World Championship in 2019 at Basel. He tried to fight the nervousness but just could not get going at any point in the match. Former Singapore Open winner Sai Praneeth looked out of sorts and made some crucial errors in line judgements which didn’t help his cause.

Prior to the match, Misha was the underdog, with Sai Praneeth being the favorite to win the encounter. However, the tall Israeli shuttler turned the tables on his higher-ranked opponent to create the first upset of the competition on the inaugural day of the event.

The main reason for Sai Praneeth’s defeat was that he was floored by Misha’s aggressiveness. Misha, who is coached by his mother Svetlana, was aggressive from the word go and didn’t let Sai Praneeth settle into the match.

The former World No. 39 produced a brilliant game by mixing caution with aggression to perfection. Misha’s powerful smashes and deceiving drop shots proved too hot to handle for Sai Praneeth.

Sai Praneeth will meet Mark Caljouw of Denmark for the second league match of the group. Sai Praneeth will have to win it in straight games and hope other results fall in his favor to make the cut for the knock-outs.