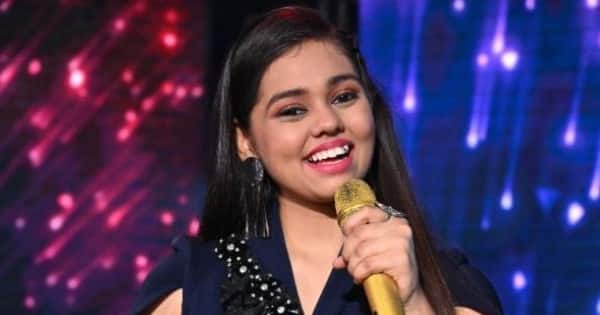 While Shanmukhapriya has received criticism and backlash in the previous episodes of Indian Idol 12 for spoiling iconic songs, fans have praised the singer for her latest performance, where she crooned the peppy track Disco Station featuring veteran actress Reena Roy. Apart from calling it one of her best performances, netizen compared her to Shakira and Justin Bieber. Here are some of the tweets… Also Read – Indian Idol 12: From Reena Roy comparing Nihal Tauro and Pawandeep Rajan to Kamal Haasan and Mehdi Haasan to calling Jeetendra more punctual than Amitabh Bachchan – here are show’s top 5 moments

In reena roy episode, Shanmukhapriya elevated disco station song with kazoo instrument. This is proof of SMP’s talent. Eventhough she got best performance award but why such a simple song and only one song.Give equal opportunities to everyone.#ShanmukhaPriya #IndianIdol #SonyTV

#SMP #ShanmukhaPriya बच्चे, i have loved you from the very begining of #indianidol12
You are great my sonny, but take care, never be arrogant.
You are not, i know, but your body language is saying so.

If #ShanmukhaPriya sings songs as they are without postmortem in the name western touch, she simply the best of all. Lovely singing today. Wow?????Show maker, Pls let her sing as songs are made. #IndianIdol2021

If #ShanmukhaPriya is in there then the concert level will be definitely high coz she is like Shakira & Justin Bieber & every one knows that what is Shakira and Justin Bieber do on stage !! And SMP has the power she already do a concert with Farhan Akhtar and she’s stage Queen ?

her talent, hardworking, dedication shines on the stage, she is so perfect all the time. thts wy she is special than others. A STAR ! SMP??#shanmukhapriya #indianidol #indianidol2021 @ShanmukhapriyaO @SonyTV