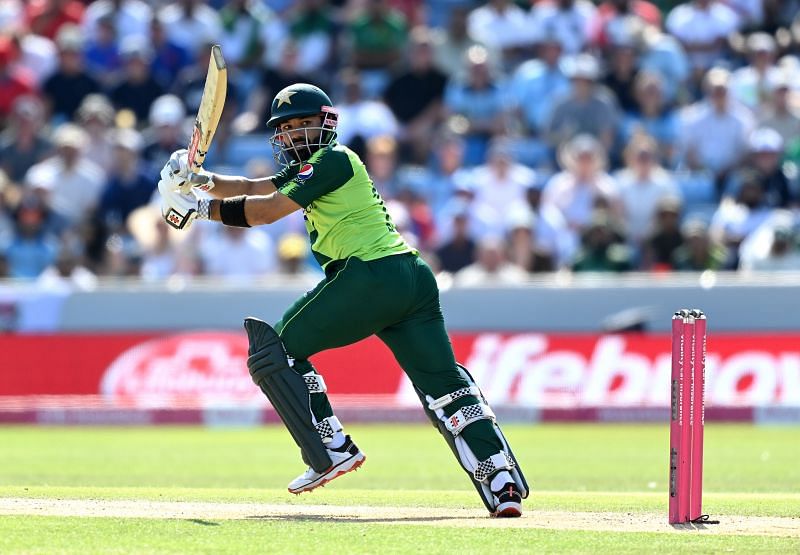 Pakistan wicketkeeper Mohammad Rizwan believes being a wicketkeeper has given him the freedom to express himself and back his natural game. Rizwan has been a revelation for Pakistan and is arguably their next best batsman at the moment, after skipper Babar Azam.

Mohammad Rizwan has had a staggering 2021 so far in the shortest format for Pakistan. In just 13 games, he has scored a hundred, as well as seven half-centuries.

Mohammad Rizwan has 7 fifty and 1 hundred from 13 innings in T20I in 2021 – there was a time when he was sitting on the bench in PSL and the turnaround is just incredible. #ENGvPAK

Speaking to The National, Mohammad Rizwan explained how important wicketkeeping is to him and how he has adapted to the role of a keeper-batsman.

Keeping wickets is my love. I am not satisfied after a practice session if I do not spend time in my gloves. I think wicketkeeping makes me a fearless personality and it helped me a lot in my batting as well. Wicketkeeping is my prime job and I consider myself as a wicketkeeper batsman,” said Rizwan.

England series was a major test before the T20 World Cup: Mohammad Rizwan

Mohammad Rizwan had a brilliant series against England, where he scored 176 runs in three innings. Although Pakistan lost the series 2-1, he feels the team got a great understanding of their preparation for the T20 World Cup.

The showpiece event is set to be played in the UAE where the pitches will be on the slower side. Rizwan was particularly happy with the way the spinners bowled against England and feels it is a huge positive going forward for Pakistan.

“Yes it [England series] was a major test before the global event starts in the Gulf. But I think our boys did very well against a team that is No 1 in T20 cricket. We played competitive cricket in the T20 series against England. The decider went into the last over. Our spinners stood up, which is a really good sign before the UAE event where spinners will play an important role,” Rizwan concluded.