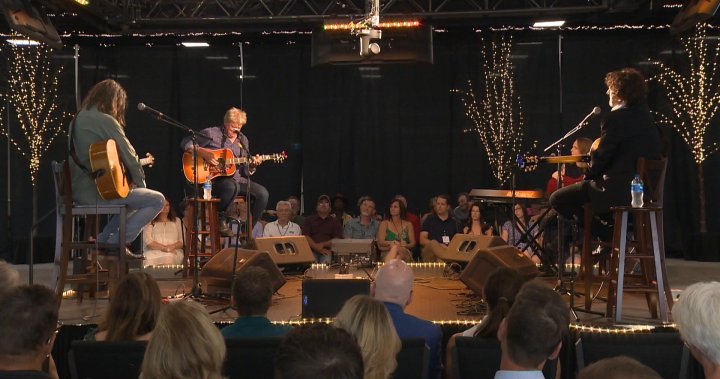 The 97 South Song Sessions returned to Penticton with two nights filled with storytelling and music.

The festival once again brought musicians to the valley to share the stories behind some of their greatest hits.

“This is four songwriters in a round trading their hit songs, hopefully, songs that are part of the soundtrack of your life and explaining how those songs came to be and sort of taking them into that moment of creation,” said Robert Ott, 97 South Song Sessions director.

The two-day event attracts some pretty big names, like The Northern Pikes.

“I’m going to play She Ain’t Pretty, A [Northern] Pike’s tune. That song and Things I Do for Money to me are very important songs for the band and they also interestingly were both songs that Jay [Semko] and I, the writers, were hesitant to bring to the band,” said Bryan Potvin, The Northern Pikes. “They ended up being extraordinary songs in our catalog.”

Country singer-songwriter Jessica Mitchell returned to the festival for a second event.

“There is something so intimate and something so personal and not just being able to explain your song to someone or a story of where a song came from but also getting to do that with people very intently listening,” said Mitchell.

The last concert goes on Saturday, July 24, and organizers are already planning next year’s event.