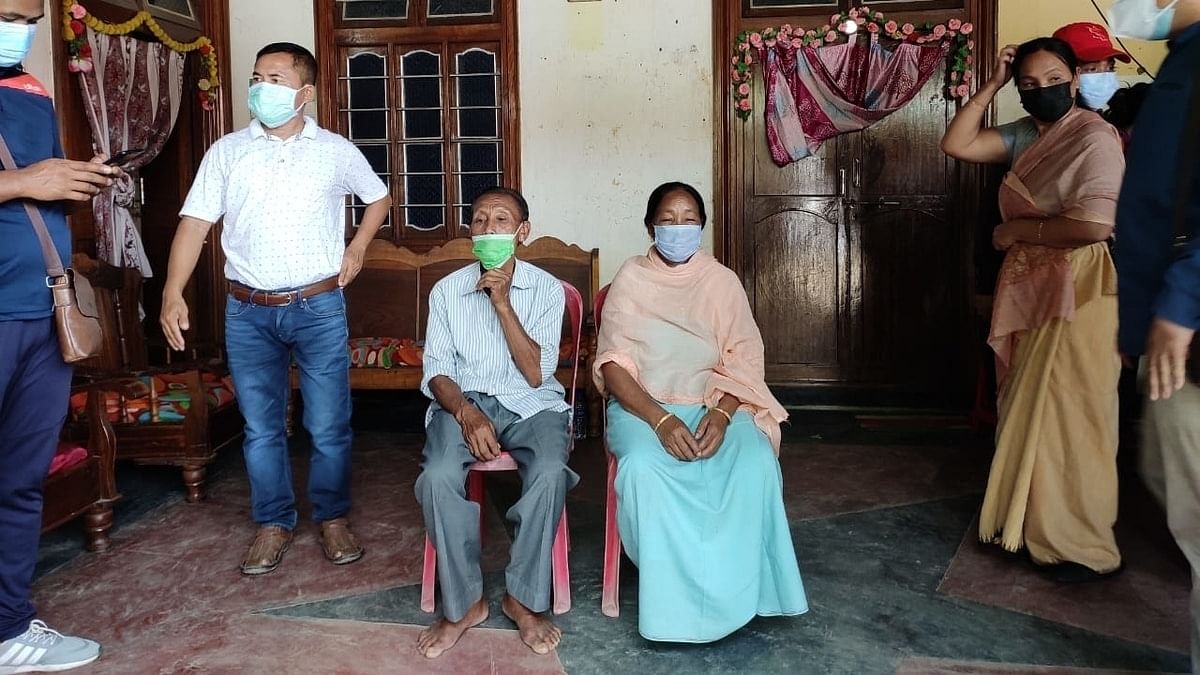 
Imphal: Till late Saturday, Olympian Mirabai Chanu’s parents hadn’t had a chance to congratulate their daughter on her victory at the 2020 Tokyo Olympics, where she secured a silver medal in weightlifting.

Their home had been overflowing with well-wishers, family, and the media all of Saturday.

“We haven’t seen her in months. When I get a chance to speak to her tonight, I just want to tell her how proud she has made us and our country,” Chanu’s mother, Saikhom Ongbi Tombi Leima, told ThePrint, sitting in their newly constructed house in the modest village of Nongpok Kakching at the foothills of the Imphal East district.

Thousands of kilometres away from Tokyo, the family will celebrate her victory by throwing a feast at their home, where Chanu lives with her parents and some of her siblings.

The 26-year-old has three sisters and two brothers.

Chanu won India’ first medal this Olympic season, finishing second in the 49kg women’s weightlifting category. She lifted a total of 202 kg. This is also India’s first ever silver Olympic medal in weightlifting. She is also only the second Indian weightlifter, after Karnam Malleswari, who won a bronze in Sydney in 2000, to win an Olympic medal.

“She never had a doubt about winning. She said she would come back with a gold, but she’s done us proud even with the silver,” said Leima.

In a statement, Chanu called the achievement a “dream come true”.

“It’s really a dream come true for me. I would like to dedicate this medal to my country and would like to thank the billion prayers of all Indians which were with me during this journey,” she wrote. “I like to thank my family especially my mother for a lot of sacrifices and believing in me [sic].”

I am really happy on winning silver medal in #Tokyo2020 for my country 🇮🇳 pic.twitter.com/gPtdhpA28z

‘We are incredibly proud’

Chanu’s win in Tokyo came after an unsuccessful lift in the 2016 Rio Olympics. This time, she managed to lift 87 kg in the snatch, and 115 kg in the clean and jerk, making it a total of 202 kg.

The gold went to China’s Hou Zhihui, who lifted a total of 210 kg, while Indonesia’s Aisah Windy Cantika bagged the bronze by lifting a total of 194 kg.

“She (Chanu) had the hopes of everyone riding on her shoulders. She didn’t get a gold which she wanted, but it doesn’t matter,” said Chanu’s father.

A room in Chanu’s home is dedicated to all the awards and medals she has won, among them the gold medal she won at the Commonwealth Games in Australia in 2018.

“From such a small place in Manipur, she has gone on to represent our state and country. We are incredibly proud. I will support and encourage her no matter what,” Meitei added.

‘She pushed hard to make her place in sports’

Chanu comes from a family that has no background in sports. Her father was a government employee working on contract with the public works department while her mother sold samosas on streets.

Among the four sisters and two brothers, she is the only one to have pursued sports professionally.

“She always had an interest in sports and in pursuing it when we were growing up. Initially, she wasn’t sure which sport she wanted to do, and eventually got into weightlifting,” said Chanu’s brother, Binod Kumar Meitei.

Chanu wanted to pursue archery, said her mother, but couldn’t ultimately do it because she wasn’t tall enough for the sport.

“Even growing up she was a very determined child, in both sports and academics,” said her mother. “She told me in class 6 or 7 that she wanted to play sports in the Khuman Lampak Stadium, and at the time I didn’t even know what it was, let alone where it was. She pushed (hard) to make her place in sports.”

Also read: Can the Tokyo Olympics help bring the world together?