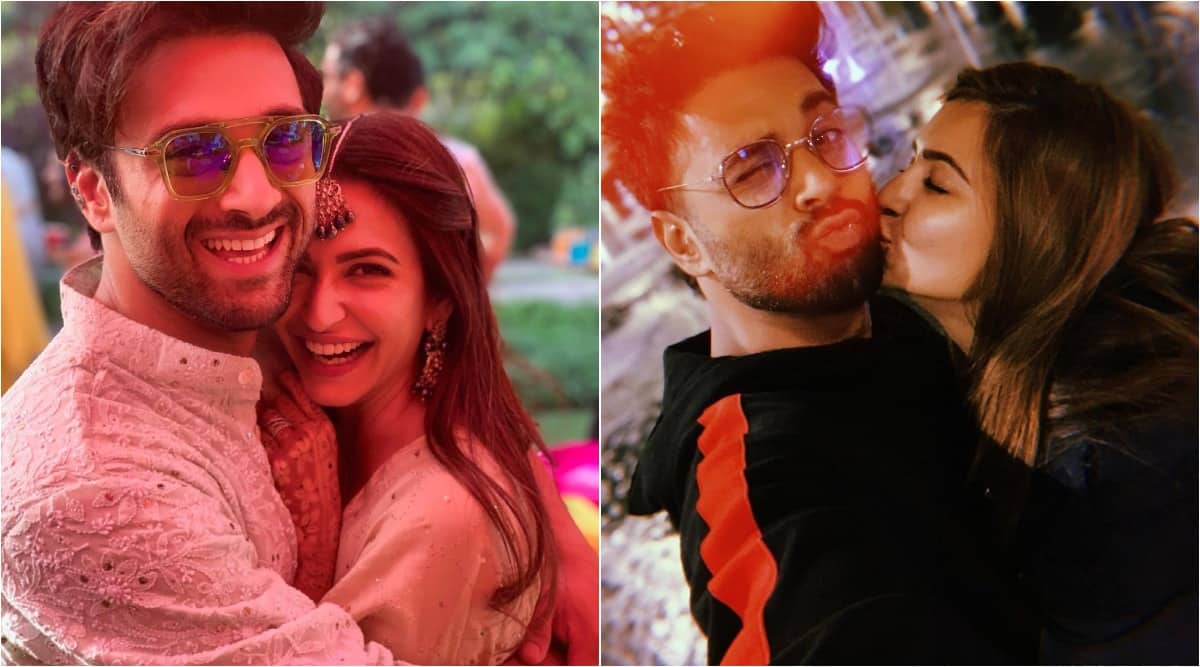 After playing the lead roles in Shaadi Mein Zaroori Aana and Veere Di Wedding, Kriti Kharbanda is back with yet another wedding-centric film, 14 Phere. The movie, also starring Vikrant Massey, Gauahar Khan and Jameel Khan, is streaming on ZEE5.

“I don’t know if I am attracting it or shaadi is attracting me,” Kriti told indianexpress.com on the sidelines of the promotion of her film. She added, “Whatever it is, I hope it keeps going on like this as it has proven lucky for me. Shaadi Mein Zaroor Aana was a small film, but it’s unreal how many people know about it.”

Kriti Kharbanda, who has been dating actor Pulkit Samrat, however refused to divulge any details about her own wedding. “It’s a very personal decision, and I will leave it at the fact that when it happens, everyone will get to know about it.”

Given her last two outings, Veere Di Wedding and Taish, starred boyfriend Pulkit Samrat, we wondered if Kriti Kharbanda missed having him around on the set of 14 Phere. With a laugh, the actor said, “Not really. I was missing being on set, so honestly, I didn’t miss anyone while working. I was just too happy. As for Pulkit, I think he is always with me in more ways than one. And I think he is the reason I am much calmer with my work today.”

Talking about 14 Phere, Kriti said that she took up the film primarily for the script, apart from the way her character Aditi was written. “A film becomes successful due to teamwork. It might be okay to have a character slightly lesser than this, but the script overall needs to be well. I just fell in love with the characters and genuinely wanted to know what will happen in their lives. That made my decision-making process quite easy,” she said.

While 14 Phere talks about the serious subject of caste differences in relationships, it has a humorous take on it, as the lovers plot two marriages to not face their family’s wrath. Sharing that important subjects can be told in a light manner, Kriti said, “I hope the audiences get that message. We don’t want to change the point of view of the world with 14 Phere. We just want to bring to the fore both sides. And if we are able to bring humour along with that, nothing like it. We are not trying to change the world but maybe change one heart at least.”

The film marks the first collaboration between Kriti Kharbanda and Vikrant Massey. And the actor has only wonderful things to say about her co-star. “He is a powerhouse of talent. We really worked hard together, and I think that has translated well on screen. I loved working with him and am so happy people like our pairing and chemistry. I would give him a lot of credit for our performance, and if I don’t get good reviews, I will blame Vikrant also,” she concluded with a laugh.

14 Phere is streaming on ZEE5.