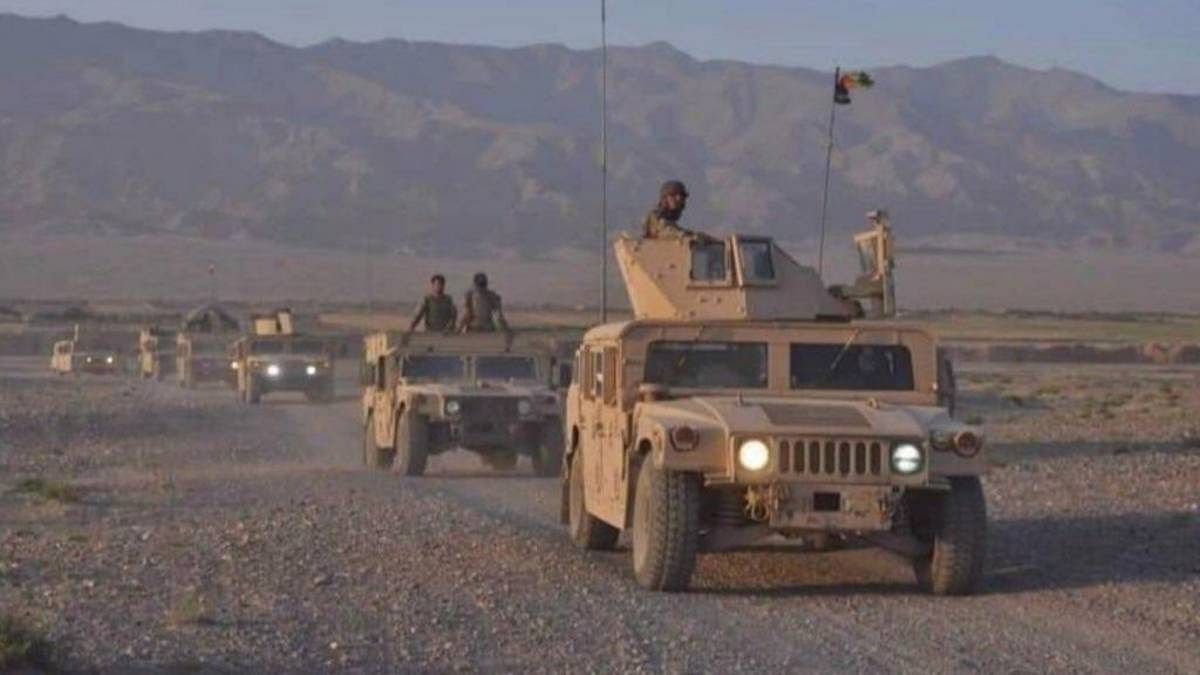 
New Delhi: India is “confident” that Kabul “will not fall to the Taliban” even though it believes the security situation in Afghanistan is going to deteriorate further and become “more dangerous” in the next two-three months as the insurgents begin to attack urban centres, ThePrint has learnt.

According to sources, New Delhi’s assessment of the rapidly changing situation in Afghanistan is that the Taliban are currently waiting for the “complete withdrawal” of US and other NATO troops by 31 August.

After that, New Delhi believes, the Taliban fighters in Afghanistan are going to escalate their level of violence, and “focus on urban areas”.

The Taliban, sources said, are eyeing the takeover of some key provinces and cities to strengthen their positions in Kandahar, Helmund, Ghazni and Jalalabad, among other areas.

Besides this, sources added, the Taliban are looking to take over border checkpoints as they serve the twin purposes of revenue earning as well as control. Sher Khan Bandar, the border crossing with Tajikistan, and Spin Boldak, along the Afghan-Pakistan border, have witnessed massive violence by the Taliban.

However, the Taliban, sources said, would not “like to be seen” as “taking control by force” in their quest for “legitimacy” from the international community, which is the reason why they are sending delegations to Turkey, Uzbekistan, Russia and Iran.

With the Taliban having captured 45 per cent of the country in the churn triggered by the US-NATO withdrawal, their rapid advance has triggered concerns about its potential impact on the subcontinent and beyond.

Worries about international terrorists fighting alongside the Taliban have been raised as a matter of concern not only by India, but also China, Russia and Uzbekistan, sources said.

India is convinced that the Taliban are receiving “tactical and logistical support from Pakistan”, so New Delhi is keeping an eye on this aspect too.

India, sources said, will discuss all these issues with the US during the visit of Secretary of State Antony J. Blinken, who will be meeting External Affairs Minister S. Jaishankar and Prime Minister Narendra Modi on 28 July.

In terms of talking to the Taliban as their entry into mainstream politics in Afghanistan becomes imminent, sources said, New Delhi is moving on “multiple tracks” and engaging with “all stakeholders” to the Afghan situation, which includes the Taliban.

As a democracy itself, sources added, India will continue to stand beside the elected government in Afghanistan. However, India sees a power-sharing deal between the Afghan government and the Taliban as the “best case scenario” for long-term stability in the war-torn country.

Sources said this will not be achieved easily since the Doha peace process has almost come to a halt, and multiple power centres have emerged within the Taliban, which they added is not a monolith anymore. Differences have cropped up, they said, among leaders like Mullah Baradar, Sher Mohammad Abbas Stanikzai and Mullah Mohammad Yaqoob.

According to sources, the Taliban are deliberately delaying the peace talks in Doha. Their main demands, they said, are the release of prisoners — about 7,000 of them — from Afghan jails, and getting rid of the global terrorist tag from the United Nations Security Council.

India began engaging with the Taliban, sources said, when External Affairs Minister S. Jaishankar participated in the intra-Afghan talks in Doha, which began in September 2020.

India believes the Taliban are supported by Pakistan, with sources saying that the bodies of insurgents who are dying in Afghanistan are being sent across the border while the injured are also going to Pakistan to get treatment before coming back.

This is primarily the reason why Afghan President Ashraf Ghani — during the connectivity event in Uzbekistan earlier this month — indirectly slammed Pakistan Prime Minister Imran Khan, while they were on the same stage, for not imposing enough restrictions on the movement of terrorists and not doing enough to bring the Taliban to the negotiating table.

India is concerned that terrorists from the Pakistan-based Lashkar-e-Taiba (LeT) and Jaish-e-Mohammed (JeM) have joined hands with the Taliban, with sources saying that similar worries dog China and Uzbekistan, with respect to the East Turkestan Islamic Movement (ETIM) and the Islamic Movement of Uzbekistan, respectively.

While Afghan Army chief General Wali Mohammad Ahmadzai postponed his trip this week due to the Taliban’s strengthening offensive, New Delhi sees the Afghanistan National Defense and Security Forces (ANDSF) as being better prepared now to take on the challenge.

While the ANDSF “lost the momentum” initially, they have now changed and reoriented their strategy to counter the Taliban, the sources said.

Also Read: Like them or not, Taliban are a reality. India can deal with them if BJP resets its politics