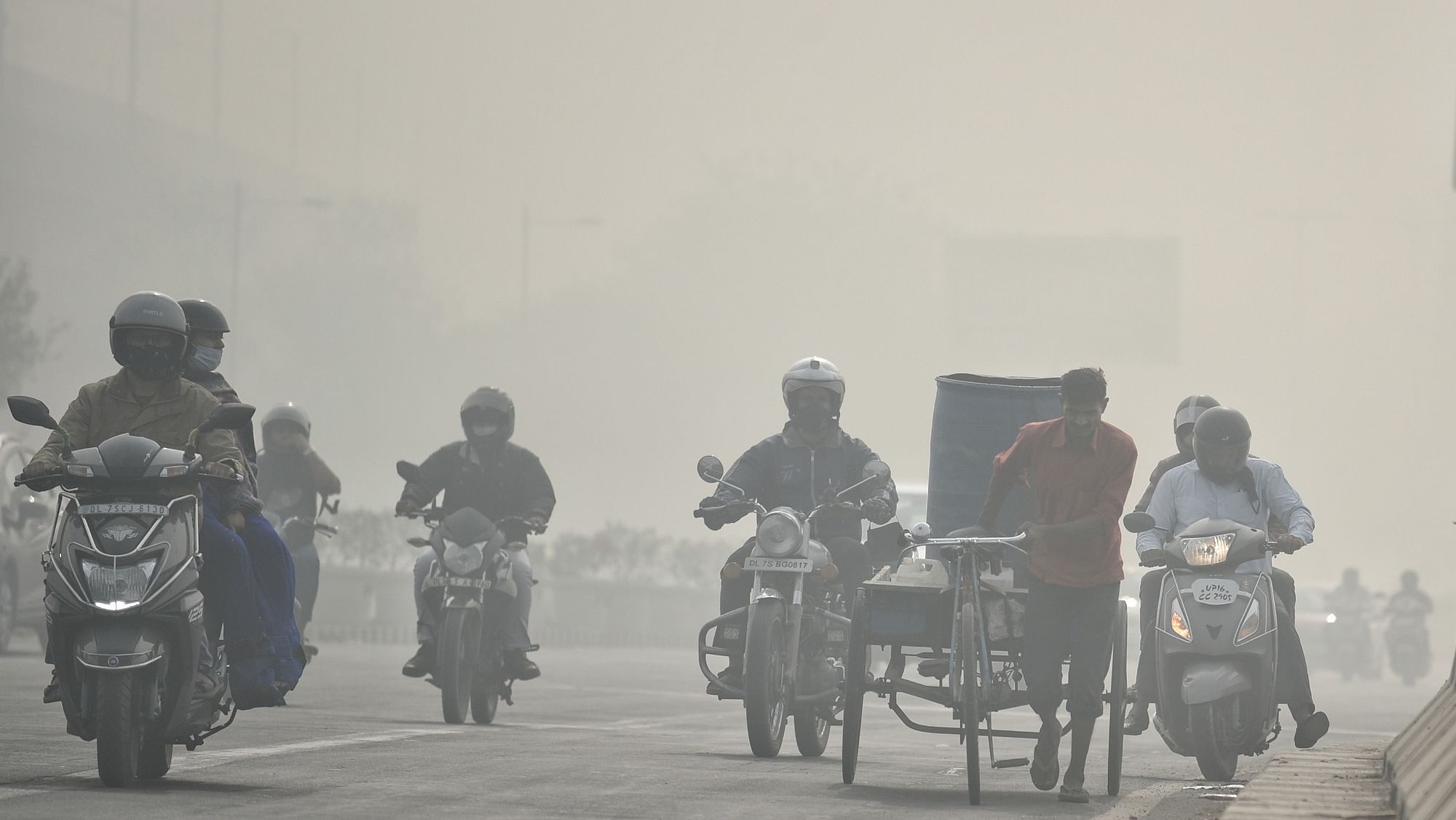 
New Delhi: ‘Piggybacking’ on black carbon, a major constituent of soot that pervades Delhi’s air in winter as a result of stubble burning in Punjab and Haryana, the SARS-CoV-2 virus may have spread more aggressively during the third wave in the national capital between October and November last year, a new study has suggested.

According to researchers at the Indian Institute of Tropical Meteorology (IITM) in Pune, after a mid-September peak last year, daily cases declined rapidly in Delhi and reduced to nearly 12 per cent of peak count with a minimum of about 500 per day. Their study adds that with the onset of the stubble burning period in neighbouring states, however, the declining trend suddenly reversed and there was a 10-fold increase in infection counts.

The study, published in the journal Urban Climate, was carried out using the pollution monitoring network of System of Air Quality and Weather Forecasting And Research (SAFAR), a research project of the Ministry of Earth Science.

While the Covid pandemic in India has seen two major waves, Delhi has experienced four waves of infections — the first wave in Delhi peaked in June, the second peaked in September while the third hit its zenith in November. The fourth was in April this year.

The team collected data from September to December 2020 and computed the 24-hour averages of PM 2.5 and black carbon in the air.

According to the researchers, the black carbon concentration directly corresponded to the speed at which the Covid infection spread after the onset of winter and stubble burning periods.

With the reduction of stubble fire counts, which reduced the level of black carbon in the air, there was a reduction in the number of Covid cases as well.

“We hypothesise that the third Covid peak in Delhi was linked to the increase in pollution levels due to stubble burning in Punjab and Haryana,” Gufran Beig, a scientist at IITM and one of the authors of the study, told ThePrint.

The study also proposed a mechanism that explains this correlation.

The team explained that black carbon generated from stubble burning gets ‘aged’ during its journey from its source to Delhi.

The SARS-CoV-2 that gets aerosolised — that is converted into a spray of tiny, virus-laden droplets when an infected person breathes out or coughs — can get attached to the surface of the aged black carbon particles.

When these particles are inhaled, the virus is able to go deep into the respiratory system, thereby increasing the total dose delivered and the total duration for which the virus stays there.

The soot also causes inflammation in the lungs. This ‘carbonised virus’ thus proves to be a ‘double whammy’ for the lungs, the researchers said, aggravating the Covid-19 response.

The study concludes that SARS-CoV-2 has the potential to be transmitted aggressively through an aged black carbon-rich environment with microbial content rather than any particulate pollution.

It is, however, important to note the limitations of the study. The researchers primarily looked at pollution data and infection numbers and found that the rise and fall between the two coincided during one of the four Covid waves that Delhi experienced.

The study did not conduct any tests or experiments to determine the infectivity of the carbonised virus clinically. Further research will have to be conducted to confirm the team’s hypothesis that SARS-CoV-2 may have the potential to be more lethal when piggybacking on aged black carbon.

Nevertheless, the study points out that public health authorities need to factor in the potential impact of black carbon and its microbial cargo on human populations.