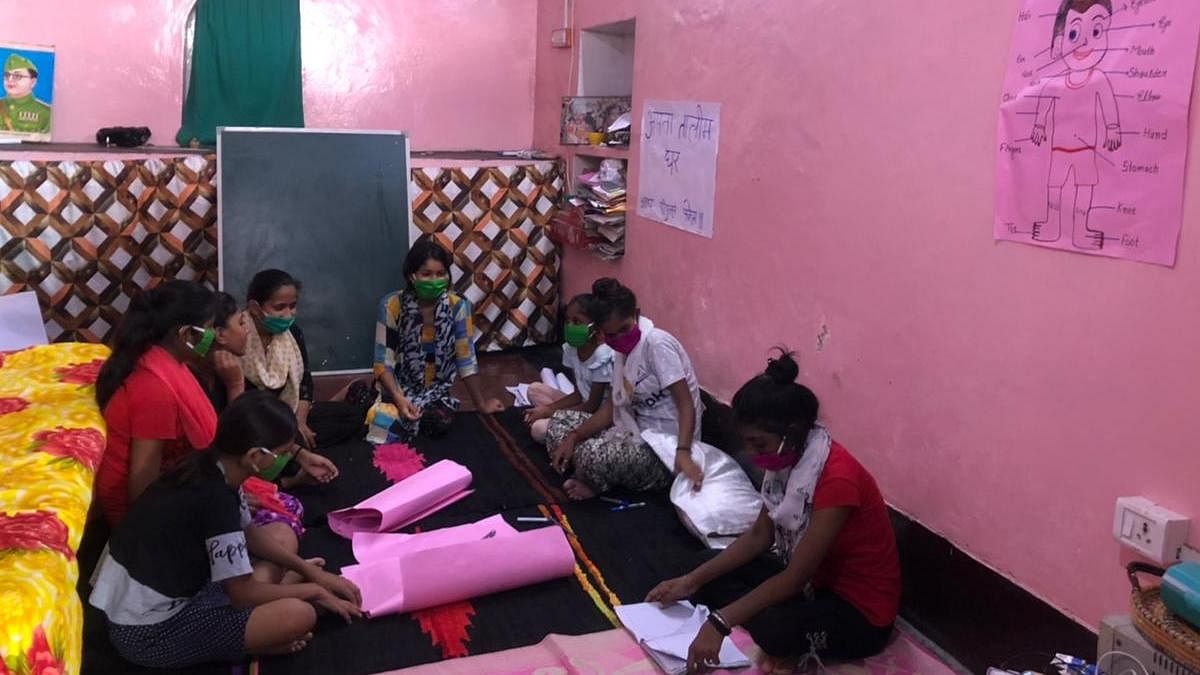 
Ayodhya: When the Covid lockdown first kicked in last year and talk of classes shifting online began, Rani Sonkar, a 17-year-old Ayodhya student who had just taken admission in a college, was thrilled. Eager not to miss out on lessons when her college reopened digitally, she picked up work as a part-time domestic worker and bought herself an Android phone worth Rs 6,000.

Her college — Kanta Prasad Sundar Lal Saket Mahavidyalay, a government institute — never held any online classes at all. And in the meantime, Rani, who lives in a 200-square-foot room with her mother and elder sister at Ayodhya’s Dilkusha locality, saw her life take a different direction from what she hoped.

“I started waking up at 7 am. I would cook food, wash dishes, do the laundry, and then accompany my mother to work. At the posh houses, I would see mothers helping their kids with online classes. I felt left out and vulnerable,” she told ThePrint. “I feared I would forget all my learning skills by the time the college reopens.”

But something happened a month ago that assuaged Rani’s fears to some extent. She received a call from Jagriti, an MA second-year student at the same college, who asked her to join a local study centre she was helping start.

The study centre, titled ‘Apna Taleem Ghar’ or ‘our home of education’, is one of three set up in as many Ayodhya localities by the Awadh Peoples Forum (APF), a youth collective looking to prevent girl students from dropping out of the education system in the absence of regular classes or digital access.

It is a largely informal set-up, where volunteers associated with the NGO — drawn from the same areas as the students — help girls keep up with their curriculum. The centres also offer students alternative literature — books about Ambedkar, classics, texts on menstrual hygiene and social issues — that has been donated to the APF.

The idea is to keep them in the loop of education. To convince families to allow their daughters to participate, the centres offer tailoring training as an incentive.

It is an initiative the girls at the centres express much gratitude for.

“Mobiles are owned by either fathers or brothers. So, even if our government schools had started online classes, we would have never been able to join because the agency of mobile phones lies with the men,” said Khooshboo Nishad, 19, who studies at the centre in Murawan Tola.

Khooshboo cleared her Class 12 last year but has yet to take admission in college.

“This study centre gives us solidarity,” she told ThePrint. “We can at least talk about books here. The pandemic has totally changed the fortunes of underprivileged girls like us. Five of my friends got married,” she said. “Many are now helping families earn bread and butter.”

Also Read: Only 1 in 3 students in class V to XII had online access in 6 states, shows survey

“We are daily-wage labourers. After the government announced the lockdown, we thought we would die of hunger,” said Rani’s mother Reeta Devi, 42. “The employment is still irregular due to the weekend lockdown. Some days, we have food on our plate, and some days, we struggle hard.”

She said she is due to pay Rani’s second-year admission fees — Rs 6,000. “This is when she did not have any classes this year,” she added.

The study centre opened in the locality caters to 14 other girls besides Rani.

The number is higher at Murawan Tola, a Dalit basti of hundreds of half-built houses and congested lanes, which is located 6 kilometres away from Dilkusha. Since no house here was deemed big enough to accommodate a centre where dozens of girls would come to study, local resident Anjali Nishad, 21, offered her rooftop for the purpose.

On 24 July, when ThePrint visited the site, around 20 girls had come together under the open sky to study at the makeshift centre. Their ages ranged from 12 to 22 years.

As of now, the three centres — the third is at Buchniganj, a colony primarily inhabited by daily wagers — run by the Awadh Peoples Forum cater to around 100 girls.

For the girl child

Talking about the origin of the initiative, Afaq, one of the members of the social group, said they wanted to ensure girl students stayed in the education system.

“For the last four years, we were working for the cause of girl child education and set up schools in Bahujan bastis. As the pandemic hit the country, the schools were shut,” he said. “Since the girls belonged to families of daily-wage labourers who lost their employment in the second Covid wave, there was a high chance that they could be withdrawn from school and married off.

“That is when we started Apna Taleem Ghar, a study centre for the girls and by the girls,” he said. “We selected a few team leaders who then listed the vulnerable girls and convinced them to join the community class.”

Jagriti, a team leader with the initiative, noted that such an incentive is required because their families “are not that educated”.

“We don’t have an idea to look up to. No girl has ever achieved anything. So, education is not the top priority,” she added. “I had listed 32 vulnerable girls who were either on the verge of dropping out or who did not have any access to mobiles. But, so far, 15 have joined.”

While the study centres are helping girls keep up with learning, the fact that many students haven’t been able to access online lessons at their schools/colleges for months on end paints a grim picture for education goals.

Reached for comment about the potential implications, Santosh Pandey, the Zilla Basic Shiksha Adhikari, said the administration is at work to address these concerns.

“We are appointing prerna sathi (inspiration companions) in the district, where educated youth will reach out to these students. In the coming month, each and every student will be connected to online classes. We have directed teachers to identify the vulnerable students,” he added.

Also Read: Why online classes may not be such a good idea after all, especially for kids