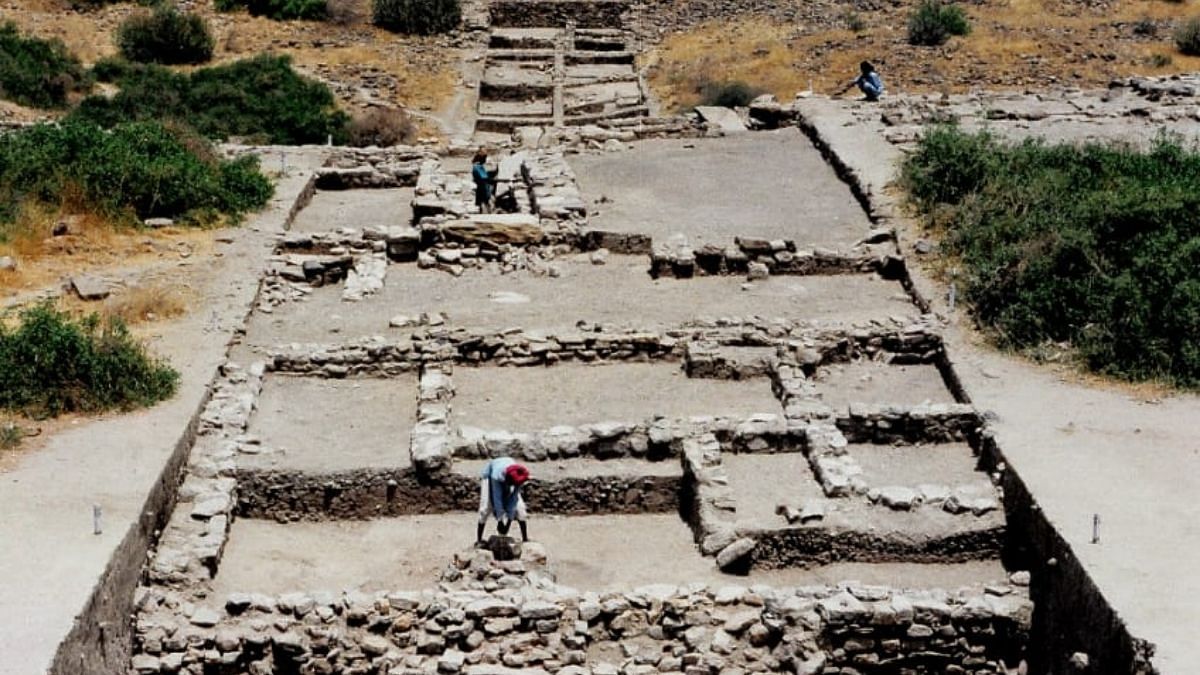 
New Delhi: Dholavira, a Harappan-era city in Gujarat, has been conferred the tag of UNESCO World Heritage Site, the organisation said on Tuesday.

This is the second site to be included in the world heritage list this month after the Ramappa Temple at Palampet in Telangana’s Warangal.

Dholavira and the Ramappa Temple were included in the list during the 44th session of the UNESCO’s World Heritage Committee.

Prime Minister Narendra Modi said he was “absolutely delighted” by this news, noting that Dholavira was an important urban centre and is one of the most important linkages with our past.

“It is a must visit, especially for those interested in history, culture and archaeology,” Modi tweeted.

“I first visited Dholavira during my student days and was mesmerised by the place. As CM of Gujarat, I had the opportunity to work on aspects relating to heritage conservation and restoration in Dholavira. Our team also worked to create tourism-friendly infrastructure there,” he said, sharing pictures of his visits to the site.

The 44th session of the World Heritage Committee is being chaired from Fuzhou in China and is being held online. It started on July 16 and will end on July 31.

It combines current work and issues left outstanding since last year, when the annual meeting was postponed due to COVID-19.

Culture Minister G Kishan Reddy said in a tweet, “It gives immense pride to share with my fellow Indians that #Dholavira is now the 40th treasure in India to be given @UNESCO’s World Heritage Inscription. Another feather in India’s cap as we now enter the Super-40 club for World Heritage Site inscriptions.”

The 40 world heritage properties in India include 32 cultural, seven natural and one mixed property. Apart from India, countries like Italy, Spain, Germany, China and France also have 40 such sites each.

Today is a proud day for India, especially for the people of Gujarat, Reddy said.

“Since 2014, India has added 10 new World Heritage sites — one fourth of our total sites. This shows PM @narendramodi’s steadfast commitment in promoting Indian culture, heritage and the Indian way of life,” Reddy tweeted.

The site was on the UNESCO’s tentative list since 2014. Dholavira: a Harappan city, is one of the very few well preserved urban settlements in South Asia dating from the 3rd to mid-2nd millennium BCE.

Dholavira is an exceptional example of a proto-historic Bronze Age urban settlement pertaining to the Harappan Civilization and bears evidence of a multi-cultural and stratified society during the 3rd and 2nd millennia BCE, the Ministry of Culture said in a statement.

It also said that its earliest evidence can be traced back to 3000 BCE during the early Harappan phase of the Harappan Civilization. This city flourished for nearly 1,500 years, representing a long continuous habitation. The excavated remains clearly indicate the origin of the settlement, its growth, zenith and the subsequent decline in the form of continuous changes in the configuration of the city, architectural elements and various other attributes.

Vice-President M Venkaiah Naidu too expressed his happiness over the inscription.

“Happy to know that #Dholavira, one of the most prominent cities of Harappan civilisation, has been inscribed as @UNESCO World Heritage site. It’s a matter of pride that there are now 40 Indian sites on the list. Many congratulations to the people of Gujarat & the entire country,” he said in a tweet.