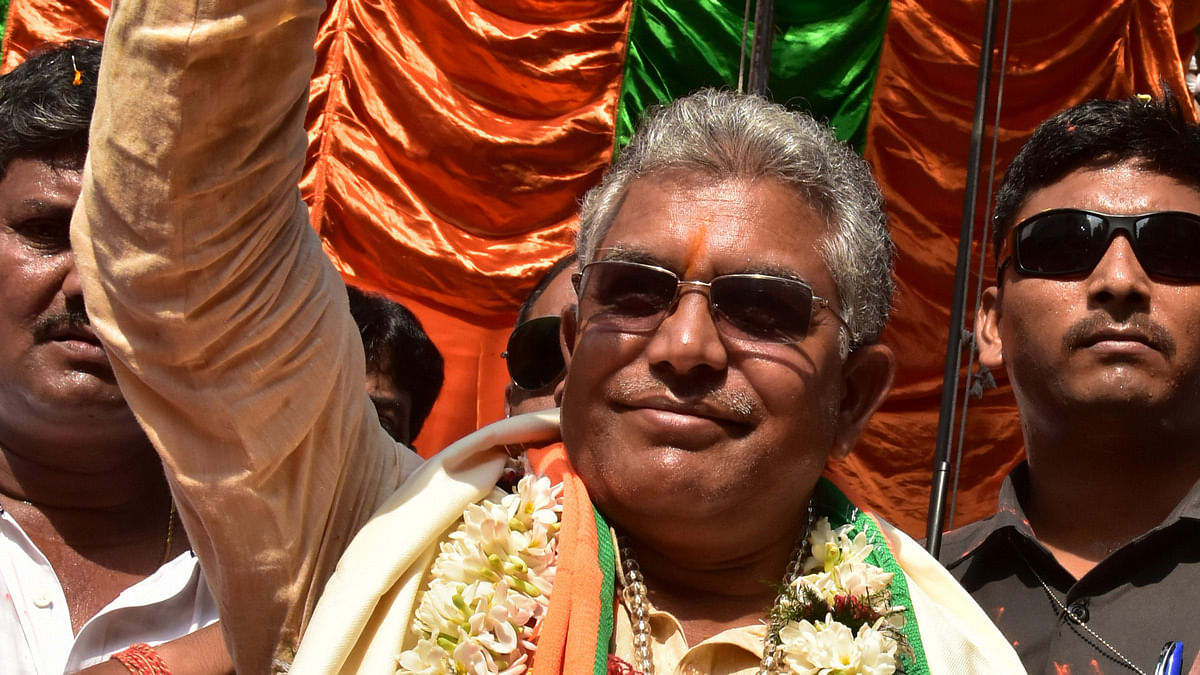 
New Delhi: Concerned over the infighting in the West Bengal unit after the party’s defeat in the assembly election earlier this year, the BJP has finally decided to start reviewing reasons for their loss and is likely to give prominence to old cadres while reorganising the state unit.

Speaking to ThePrint, state president Dilip Ghosh said the party will draw a new plan and make changes within the organisation.

“We have decided to review the role of individuals in the assembly elections and at the same time look at the particular reasons for the loss. At the same time (we will review) what role the state unit played and also the new leaders who joined the party before the assembly polls. Based on this review, we will draw a new plan for the future and also make changes in the organisation,” he said.

Ghosh, who recently met party president J.P. Nadda and raised the issue of indiscipline, also discussed the rejig that is set to take place in the state unit.

According to a BJP leader, the party workers are against newcomers being given key responsibilities and Ghosh has conveyed this to the central leadership too.

In the run-up to the 2021 assembly polls, scores of Trinamool Congress members left the ruling party to join the BJP as it launched an aggressive election campaign. However, the BJP lost, with Trinamool Congress chief Mamata Banerjee leading her party to the third consecutive landslide victory in the state.

Loyalists to be rewarded

Ghosh also said the BJP will be making major changes at the state level and those who have been working for the party for a long period will be given key responsibilities.

“We are making changes from top to bottom in the state unit. The process has already started at the ground level and it will be completed soon at the top level. Party loyalists, those who have toiled hard for the party will be given prominence in the organisational responsibilities and deserving newcomers will be adjusted accordingly,” he added.

Asked to comment on reports that state in-charge Kailash Vijayvargiya is also likely to be removed, Ghosh said: “Kailash ji has been working in the state for the past several years with a sole target of winning the assembly election. Just as we are going for changes at the state level, the central leadership might make some changes at the top too. But the state unit has no role to play in such decisions. These decisions are taken by the central leadership only.

“The decision to replace me will also be taken by the central leadership and I will follow whatever they decide. Some people are trying to replace me and there is nothing wrong in it, this is what politics is,” Ghosh added.

On being asked if Mukul Roy’s exit will lead to more people deserting the party, Ghosh said: “Jinko jana tha chale gaye (those who had to leave have already left). We have been in constant touch with our cadre and no one is likely to leave the party.”

Ghosh said he had also interacted with those who left or are trying to leave the BJP. “They joined the BJP as they had certain issues and they joined us on their own terms. Now, those who are unable to blend with the party culture and working of the BJP are attempting to go back to their old party. They are unable to adjust here,” he said.