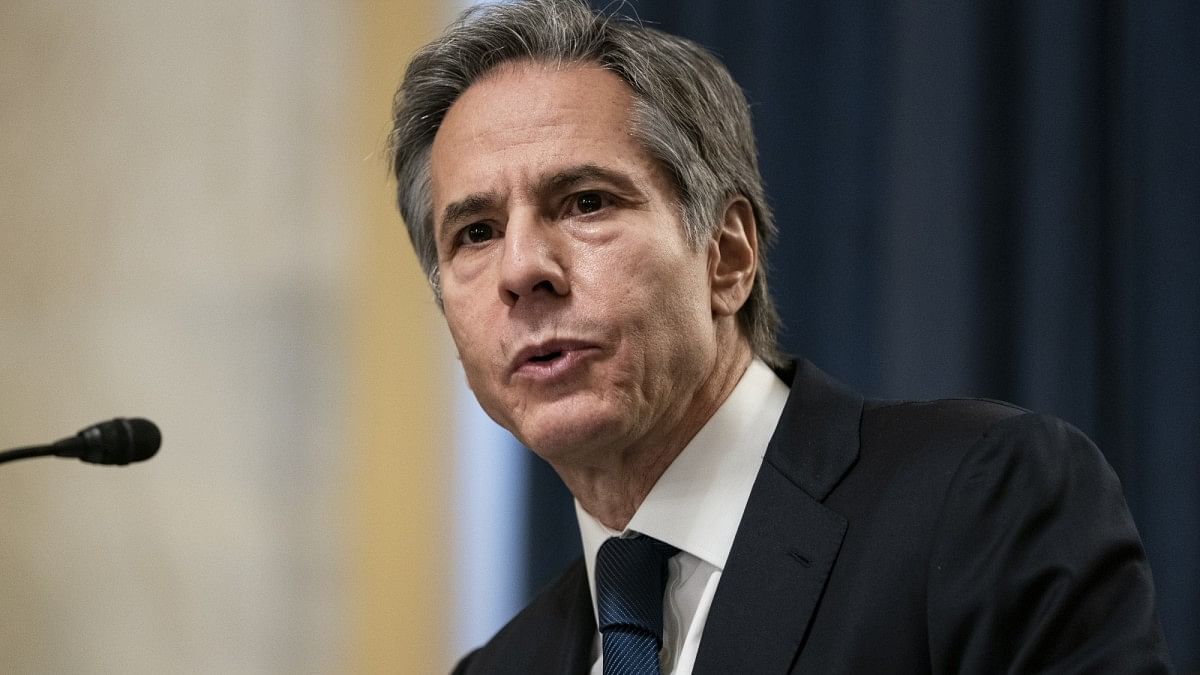 
New Delhi: US Secretary of State Antony Blinken arrived in India on Tuesday on a two-day visit aimed at further boosting bilateral ties and deliberate on the rapidly evolving security situation in Afghanistan as well as to expand cooperation in the Indo-Pacific region under the framework of Quad.

On Wednesday, Blinken will hold extensive talks with External Affairs Minister S Jaishankar and meet National Security Advisor Ajit Doval. He is also scheduled to call on Prime Minister Narendra Modi before leaving for Kuwait as part of his two-nation tour.

Just before leaving for India, Blinken said he was looking forward to consultations with partners of the US for further cooperation in support of its shared interests in the Indo-Pacific and Middle East.

“Wheels up for my trip to New Delhi and Kuwait City. I look forward to consultations with our partners to further cooperation in support of our shared interests in the Indo-Pacific and Middle East,” he tweeted.

This is Blinken’s first visit to India after assuming charge as the US Secretary of State and the third by a high-ranking Biden administration official after it came to power in January.

“Secretary Blinken’s visit is an opportunity to continue the high-level bilateral dialogue and bolster the India-US global strategic partnership,” the Ministry of External Affairs said last week while announcing the visit.

“Both sides will review the robust and multifaceted India-US bilateral relations, and potential for consolidating them further,” it said.

Acting Assistant Secretary for South and Central Asian Affairs Dean Thompson said on Friday that the discussions will focus on expanding ties in areas of security, defence, cyber, and counterterrorism cooperation.

“We collaborate across the government on these issues, including through regular US-India working group meetings, and we look forward to further strengthening our ties with India to ensure a safer and more secure world,” he said.

People familiar with the agenda of the visit said both sides will extensively deliberate on the deteriorating security situation in Afghanistan with the Taliban increasing its hostilities in an attempt to seize control of new areas in the country.

Afghanistan witnessed a series of terror attacks in the last few weeks as the US withdrew the majority of its troops and is looking at completing the drawdown by August 31, ending nearly two-decade of its military presence in the country.

The two sides are also expected to explore ways to deepen defence collaboration, including exercises, defence transfers and technologies ahead of the next edition of the 2+2 defence and foreign ministerial dialogue to be held in the US later this year, those familiar with the development said.

Both sides will also discuss ways to deepening engagement in the Indo-Pacific region as well as in enhancing Covid response efforts.

The two sides are also expected to look at implementing the Quad vaccine initiative.

They are also expected to focus on ways to augment trade and investment ties besides looking at opportunities in healthcare, education, digital domains, the people cited above said.

In the talks, India will continue to push for ensuring open and consistent supply chains for materials and items required for vaccine production, the people cited above said.

Boosting defence and strategic ties is expected to also figure in the talks.