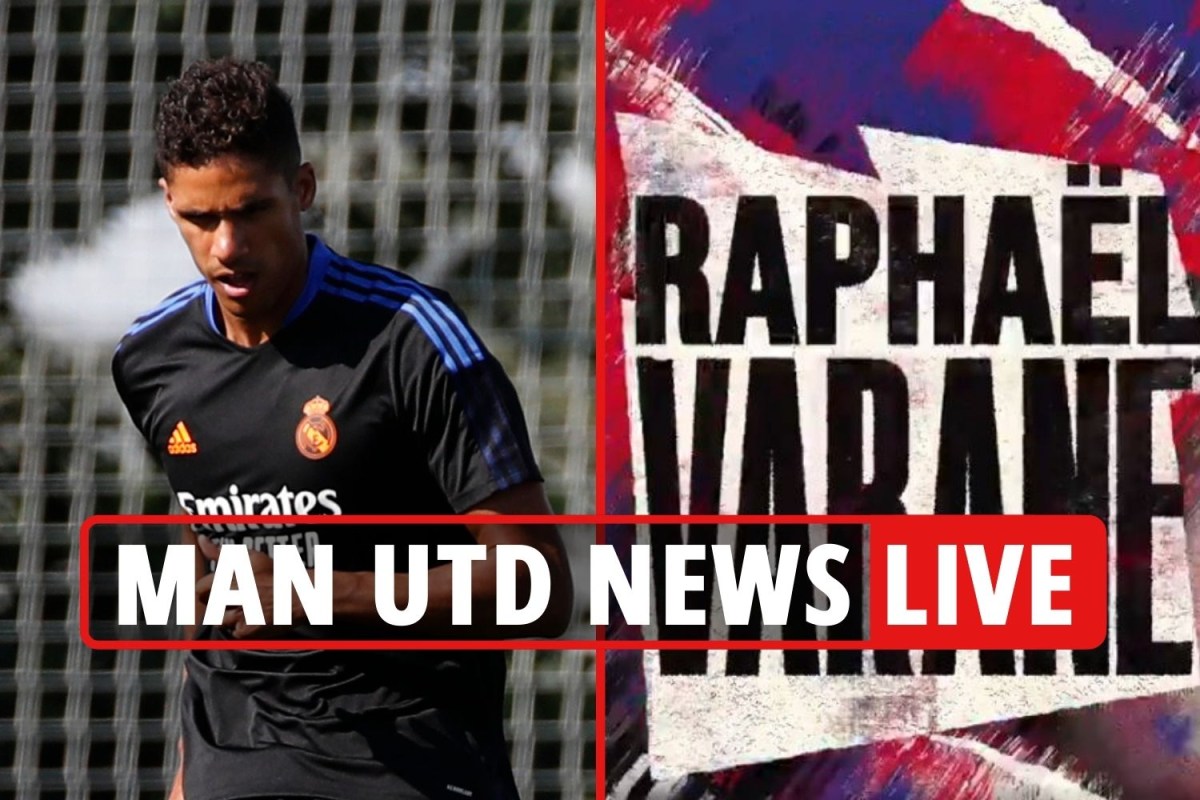 The France centre-back, 28, had one year left on his deal at Real Madrid but had reportedly rejected a host of extension offers and agreed personal terms at United.

And now Man Utd have confirmed they have struck a deal with Los Blancos – thought to be £34.2million.

Varane now needs only to confirm personal terms and complete his medical.

A United statement revealed: “Manchester United is delighted to announce the club has reached agreement with Real Madrid for the transfer of French international defender and World Cup winner, Raphael Varane, subject to a medical and to player terms being finalised.”

“Our club thanks you for your professionalism and exemplary behaviour during the ten seasons in which you have defended our shirt, with which you have won 18 titles.

“Real Madrid wants to show all its affection to Raphaël Varane and his family and wishes him good luck in this new stage of his professional career.”