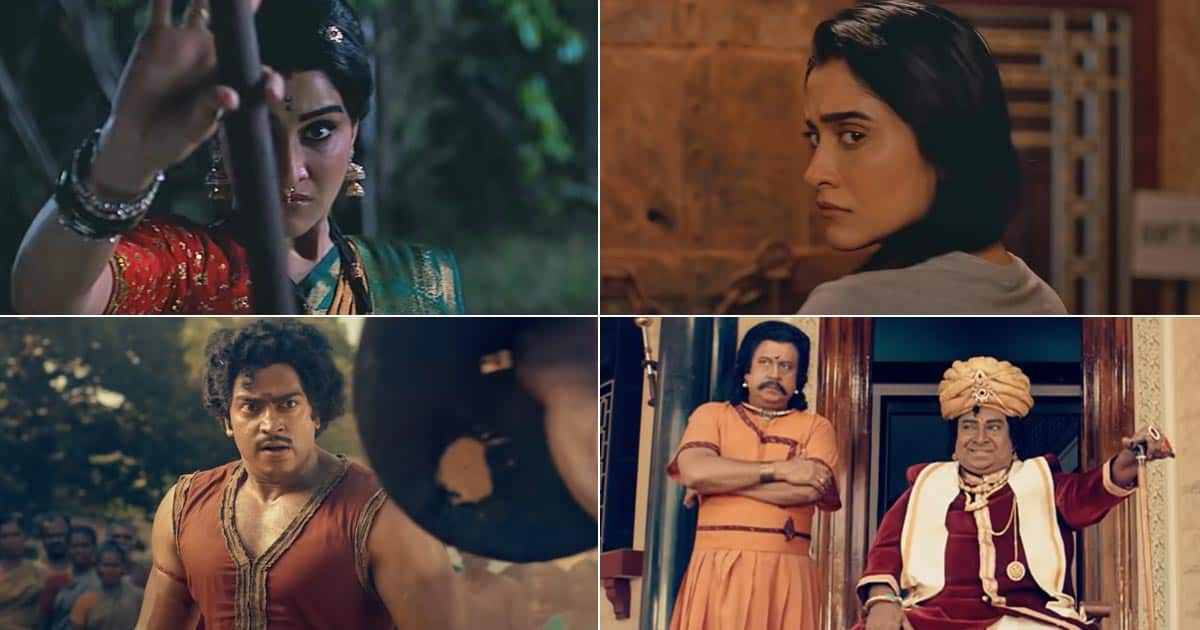 The trailer of actress Regina Cassandra’s ‘Nene Naa’ was revealed on Tuesday. The actress will be seen in a double role in the film. The trailer was unveiled by Nidhhi Agerwal, Makkal Selvan Vijay Sethupathy, and star director Lingusamy.

Directed by Caarthick Raju, the trailer shows a horrific incident that had happened 100 years ago is now repeating. While Regina was a queen 100 years back, she is an archeologist now and has come to resolve a mysterious case.

Regina Cassandra’s upcoming movie is made in Telugu and Tamil, major portions of the bilingual have been shot in and around the locales of Courtallam. Sam CS is composing music and Gokul Benoy is handling cinematography. Sabu is the editor and Super Subbarayan is the stunt master.

Regina Cassandra’s ‘Nene Naa’ has quite a creepy music of Sam CS complimenting the chilling cinematography of Gokul Benoy and Sabu Joseph behind the tense cuts. Director Caarthik Raju and producer Apple Tree Studios seem to indeed have an interesting spine-chilling thriller on the way which elicits a good amount of interest before its release soon!

Previously, Regina also wooed the audience with her dancing skills. The 29-year old had shot a song with none other than Telugu superstar Chiranjeevi for his film “Acharya”.

The number is being highlighted as a ‘celebration song’ in the film was directed by Koratala Siva. In an interview, Regina recently revealed that matching steps with superstar Chiranjeevi wasn’t easy because he’s so effortless at dancing.

Apart from Regina Cassandra, the others in the cast include Vennela Kishore, Akshara Gowda, Tagapothu Ramesh, Jaya Prakash, and few more prominent artists.

The film is currently in the post-production phase and the release date will be announced soon.