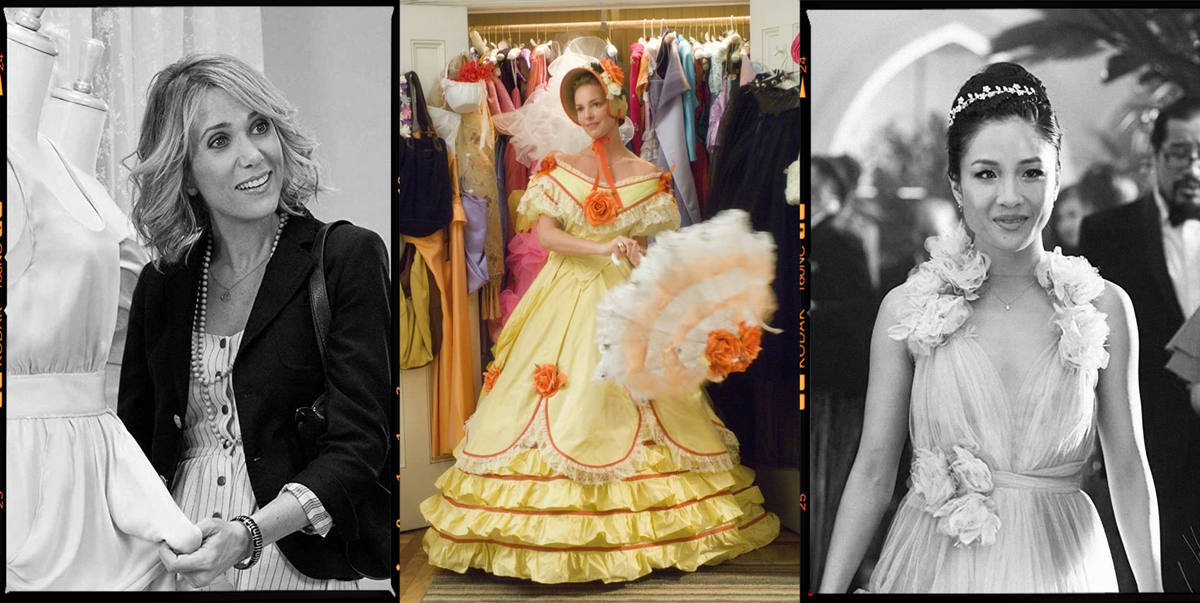 Maybe you’re in the process of planning a wedding and looking for on-screen inspo, or maybe you’re just a romantic looking to watch people make grand gestures. Whatever brought you here, welcome! I’ve rounded up 31 of the best wedding movies of all time, from heartfelt romantic dramas to lol-worthy comedies to even a horror flick (let me just say, your in-laws could be a lot worse!)

It’s no surprise that there are so many movies about weddings. As anyone who’s been to a real-life wedding knows, they can be rife with drama. From simmering family tensions to weird friendship dynamics to exes who show up trying to ruin the whole thing, there’s plenty of things that can go awry. But of course, most weddings in real life (and many of the ones on-screen) are all about the happy couple starting their lives together. They may have encountered obstacles to get there, like scheming sisters, a pesky ex-fiancé, or even just their own doubts about the relationship. It happens! But at the end of the movie, things have a way of working out. Cue the awwwws.

Whether you’re looking for a good tearjerker about falling in love with your best friend or an enemies-to-lovers vibe, we’ve got all the wedding movies you could possibly want. So pour some wine, pop the popcorn, and settle in with one of these picks for all the romantic ~feels~.

I’ll say it: this is one of the best comedies of our time. Not that this should have ever been an argument, but the whole “women can’t be funny” myth is absolutely destroyed by this movie. Kristen Wiig stars as Annie, a struggling pastry chef and the maid of honor to her best friend Lillian (Maya Rudolph). But she’s got some competition: Helen (Rose Byrne), a bridesmaid who is trying to outshine her at every turn. It’s worth watching for the bridal shop scene alone (IYKYK).

A classic rom-com. The Wedding Planner stars Jennifer Lopez as Mary, a wedding planner who has a meet-cute with a dreamy guy (hi, Matthew McConaughey). The only problem is that it turns out he’s the groom for a wedding that she’s planning.

Sex and the City

Okay, wedding movies are kinda dramatic by nature. But seriously, one of the most memorable drama-filled wedding scenes in history is when Carrie (wearing an elaborate wedding dress with a faux bird on her head) goes after Big with her bouquet in the middle of the street.

Imagine a wedding you kinda weren’t stoked about going to. Now imagine that you’re trapped in a Groundhog Day scenario where every day you wake up on the day of that wedding. That’s basically what happens in this charming and wacky movie, starring Andy Samberg and Cristin Milioti as two wedding guests who find themselves living the same day over and over again (and falling in love, ofc).

This zany wedding comedy has it all: a jealous ex trying to ruin the day, wedding party hookups, a ruined cake, an embarrassing vomit incident…you get the idea.

If you can get past the *insane* premise of two people making a pact to marry if they were both still single at 28(!!!!), this is a delightful movie. Julianne (Julia Roberts) finds out her best friend is getting married, decides she is actually in love with him, and sets out to sabotage the engagement. Come for the “I Say A Little Prayer for You” sing-along, stay for the surprisingly subversive (for a rom-com) ending.

This entire movie is eye candy. From the gorgeous scenery to the opulent wardrobes to that awe-inspiring wedding (a water-filled aisle! Super-lush grass! Everyone waving sticks that look like fireflies!), the whole thing is just so beautiful.

Your in-laws might be annoying, but at least they didn’t force you to participate in a family tradition of murderous hide-and-seek on your wedding night (….I hope).

🎶 SOMEBODY KILL ME PLEASE 🎶

(No, but actually this movie is very cute).

It wouldn’t be a wedding without some drama. In The Best Man, it’s all about a steamy book that the best man has written, with some of it based on his and his friends’ real-life encounters. Cue chaos.

When in doubt, put some Windex on it.

Julia Roberts plays a woman who has left multiple fiancés standing at the alter, earning her the nickname “The Runaway Bride.” Richard Gere plays the reporter who’s writing an in-depth article about her in order to restore his journalistic reputation. Naturally, they fall in love.

This tearjerker of a movie revolves around a family who has gathered in China ostensibly to celebrate a wedding. But the real reason they’re there is to say goodbye to their family matriarch, who doesn’t realize that she only has a few weeks to live.

From Dustin Hoffman yelling “Elaine!” to that long shot of their dimming facial expressions on the bus, it’s worth re-watching this 1967 classic again and again.

Love your weddings with a good side of family drama? I gotchu. This movie stars Anne Hathaway as Kym, a recovering drug addict and the black sheep of her family who is given leave from rehab to attend her sister’s wedding. Naturally, old wounds are re-opened and new ones are formed.

What I’m realizing is that Julia Roberts must have spent a lot of time in the ’80s and ’90s wearing a wedding dress, since this is the third wedding movie on this list that she starred in. Anyway, Steel Magnolias is all about a tight-knit group of women who support each other through life’s ups (like weddings!) and downs (like what happens to Julia’s character later in the movie).

People usually think about this more as a holiday movie, but it *does* open with a super sweet wedding scene. Still obsessed with Keira Knightly’s bridal fit.

There’s a lot going on in this movie about time travel, but one of the most stunning parts is Rachel McAdams’ red wedding dress. We love a bold non-traditional wedding lewk.

If you’ve ever been to a wedding, you know that having a good plus-one is CRUCIAL. This film follows two long-time friends who agree to be each other’s plus-one to all the weddings they’re expected to attend over the summer. Naturally, things get complicated.

This comedy is a great reminder that when you marry someone, you marry their family too. And if your family and their family don’t get along, things can get…difficult.

Four Weddings and A Funeral

This movie follows a forever bachelor as he attends several weddings (and one funeral, as the name implies), always wondering about whether or not he’s ready for love.

Okay, I didn’t really expect this from a comedy, but the vows at the end of this are actually so beautiful?

Am I the only one who didn’t know that Shonda Rhimes wrote the screenplay for this movie??? Anyway, Anne Hathaway stars as the princess of Genovia, who must marry in order to take over the throne and become queen.

Katherine Heigl is always the bridesmaid (27 times!), never the bride. She’s also in love with her boss, who is set to marry her sister. It’s all a big yikes, at least until James Marsden comes along.

Sandra Bullock and Ryan Reynolds star as a domineering book editor and overworked assistant. When Sandra’s character realizes she’s facing deportation back to Canada, she convinces her assistant to marry her in exchange for advancing his career. But like, we know the enemies-to-lovers trope, right?

In this sequel to Think Like a Man, the whole group is back together in Vegas for Michael and Candace’s wedding. But of course, nothing goes according to plan.

Have I ever loved a comedy pairing as much as I love Aubrey Plaza and Anna Kendrick? Probably not.

Father of the Bride

Steve Martin stars as a father who’s struggling to let go of his daughter who is about to get married. It’ll probably make you want to call your dad.

Would it shock you to know that these “platonic friends” do not stay platonic for the entire film, as she gets engaged and he realizes he has been in love with her all along?

I Love You Man