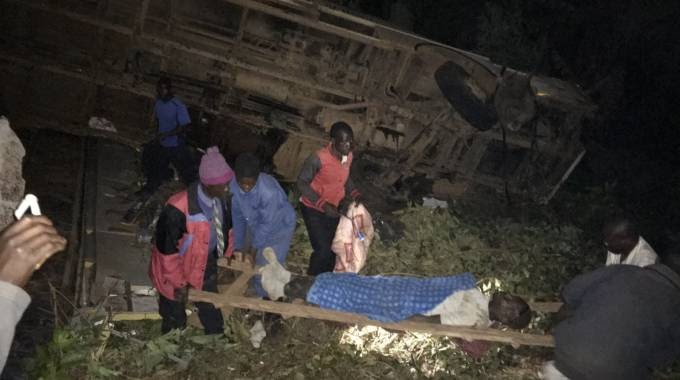 THIRTY TWO individuals have died, whereas a number of others had been
severely injured after a bus carrying members of the Zion Christian Church
(ZCC) was concerned in an accident close to Jopa market in Chipinge final evening.

Police Spokesperson, Assistant Commissioner Paul Nyathi
confirmed the accident, saying the ZCC congregants had been on their technique to an
Easter church gathering when the bus veered off the street and plunged right into a
gorge, killing 29 individuals on the spot.

Three died once they had been being taken to hospital and the
injured are admitted at Chipinge District Hospital.

Assistant Commissioner Nyathi mentioned police investigations
point out that the bus that belongs to Charles Lwanga Secondary Faculty was
overloaded.