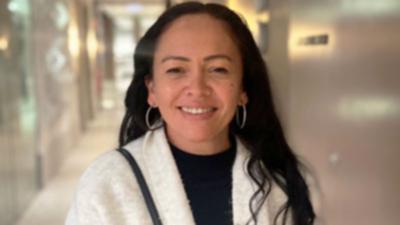 A groundbreaking new alternative to silicone implants and a world-first medical procedure hosted by Australia is set to ease the chronic pain of thousands of women around the globe who have suffered complications after receiving breast augmentations and undergoing reconstructive surgery.

Moana Staunton was the first woman in the world to receive a new type of breast implant in June, using a new prototype implant crafted by a 3D printer in Germany.

Watch more on this story in the video above

The implant, which is made from a medical-grade material used in sutures known as polycaprolactone-PCL , was inserted in the breast area and injected with Staunton’s own fat cells.

Within two years, the initial shape will completely dissolve and metabolise, leaving behind only natural tissue.

Women can get infections, Ung says, and long-term problems including pain, leaks, shape-loss and a lifespan of 10 years.

“In Moana’s case, she was experiencing dizziness and generally feeling unwell, and we’ll often see patients who believe their silicone implants may be making them ill,” he said.

“But it’s not just those experiencing complications from their implants that will benefit, as we roll out our clinical trial in patients just like Moana.

“We will be moving into further studies for those who have experienced cancer, changing the lives of women who require a mastectomy and have limited reconstructive options until now.

“We are still in phase one of clinical trials, but this work has hugely promising implications for women all over the world.”

The clinical phase one trial with Metro North Health in Brisbane will recruit 15-20 eligible patients and will run until they each have received two years of follow up.