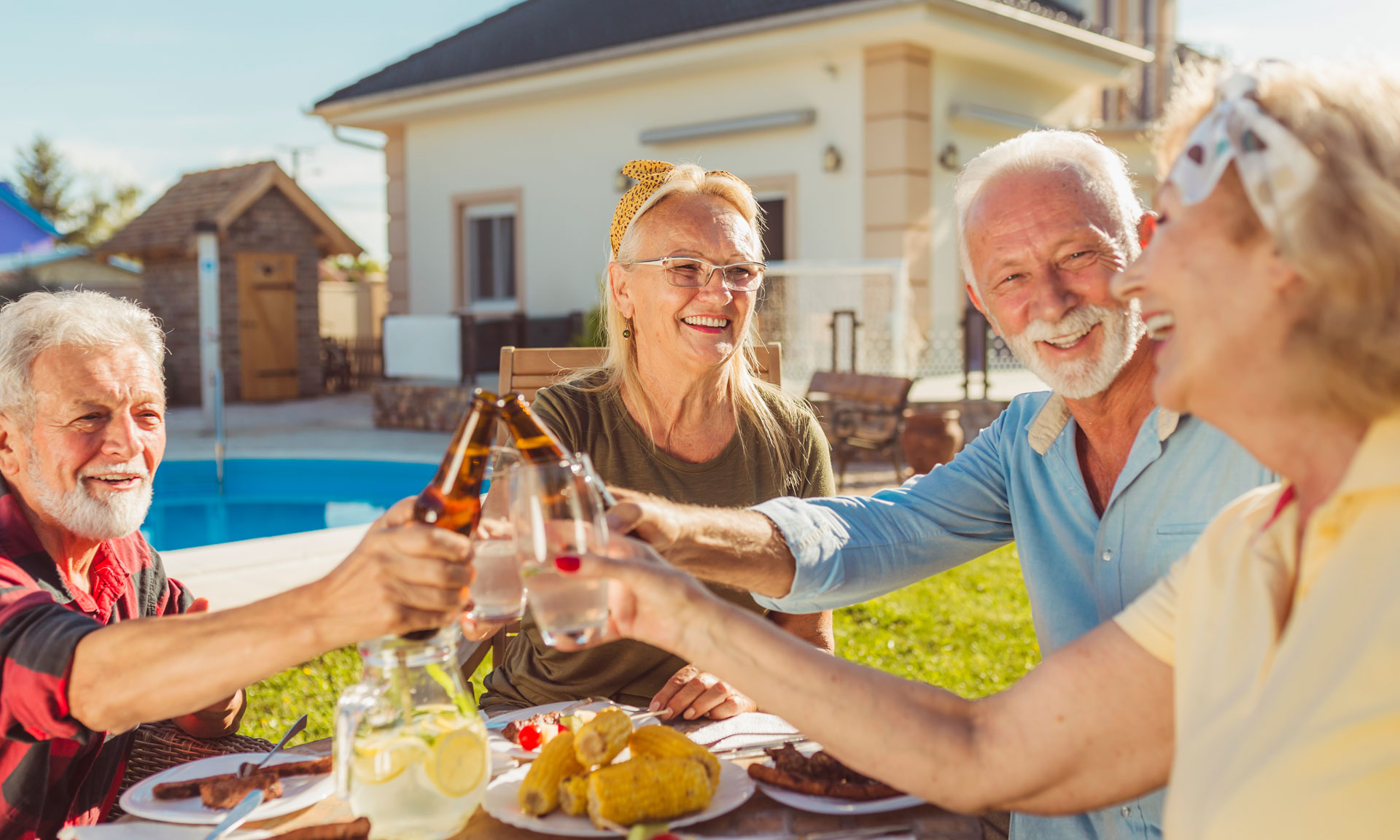 The dream of retiring abroad has long been on the wish list of workers in the UK in search of better weather and cheaper living costs.

Spain, France and Portugal regularly top the list of the most desirable destinations people wish to retire to, according to a survey by pension provider Canada Life.

You need at least ten qualifying years on your National Insurance record to get any sort of state pension and 35 years to get the full amount.

However, changes brought in from January 1 this year now affect how state pensions are calculated for people intending to retire abroad if they’ve previously lived in:

You will no longer be able to count time lived abroad in these countries if you are a UK national, EU or EEA citizen or Swiss national who moves to live in, or move between an EU or European Economic Area (EEA) country or Switzerland.

The Department for Work and Pensions (DWP) said this was due to the UK leaving the EU.

This doesn’t affect those who continue to live in the UK, or were already living in the EU, EEA, or Switzerland by 31 December 2021, and as long as you live in the same country, you will still be able to count time living in the countries listed above to calculate your state pension.

To claim you must be within four months of your state pension age. This is currently 66 for men and women, however, it is gradually increasing and depends on when you were born.

To claim your pension you can either contact the International Pension Centre (IPC) or send an international claim form to the IPC.

You can get your state pension paid into a bank in the country you’re residing in, or into a UK bank or building society.

If you choose to have it paid into an overseas account you’ll get paid in the local currency so the amount you get may change depending on the exchange rate.

If you split your time between the UK and another country then you must choose which one you want your pension to be paid in. You cannot be paid in one country for part of the year and another for the rest of the year.

The state pension is due to go up by 3.1% in April, however it’s estimated that almost half a million people who emigrated or retired to countries such as Australia, Canada and South Africa will never receive an increase.

This is because the state pension only increases each year if you live in certain countries that have agreements with the UK, and if you are in a country which is excluded, your pension is frozen at the level it was when you first moved abroad.

An All Party Parliamentary Group called Frozen British Pensions campaigns for reform on the issue and reports that more than 90% of ‘frozen’ pensioners live in Commonwealth countries including Australia, Canada, South Africa, New Zealand, but also India, Pakistan, Bangladesh, many Caribbean islands and all African countries.

The countries where the state pension is increased each year includes the USA, all EU countries, Barbados, Bermuda, Israel, Jamaica, Mauritius and the Philippines.

5. You may still have to pay tax

If you move abroad but are still classed as a UK resident for tax purposes, you may have to pay UK tax on your pension – however, this amount depends on your income.

You may be taxed on your state pension by the UK and the country where you live.

If you pay tax twice, you can usually claim free tax relief to get some of it back.

If the country you retire to has a ‘double taxation agreement’ with the UK, you’ll only pay tax on your pension once – this may be to the UK or the country where you live, depending on the agreement. You can find out what countries are included on the government’s website.

6. You won’t get pension credit

If you’re less well off and live in the UK, you can get help to boost your state pension which comes in the form of pension credit.

This is awarded to you based on your earnings – known as means-tested benefit – and tops up your basic state pension – however if you move abroad pension credit will stop.

Other things to consider if you plan to retire abroad

If you’re still set on retiring abroad, then it’s important to plan ahead and consider the other factors that could impact your quality of life in another country.

You may have to pay for healthcare

It is likely you will have to pay more for healthcare if you retire abroad and will need to take out medical insurance.

Canada, Australia and New Zealand are perhaps closest to the UK’s NHS, providing free care for all.

France, Spain and Italy all have a good state system that provides medical care at greatly reduced cost – however, expats retiring from the UK will need to get an S1 form before they leave.

Seek advice before you move

Moving abroad is a big life change so make sure you discuss it with your friends and family.

You should also consider what it means for your private or workplace pension, as well as your state pension.

You can book a free appointment with Pension Wise, an impartial government service offering pension guidance to help you make informed and confident decisions about your future.

Do your homework on the cost of living

The average monthly income needed to retire abroad is £1,461 – £367 less than the UK, according to a survey by pension provider Canada Life.

However this varies by country, with those hoping to retire in America thinking they will need the most at £1,916 a month, followed by New Zealand at £1,664.

Use Which? to plan your retirement

From finding somewhere to live, to paying tax abroad, Which? has plenty of information to make the process easier.