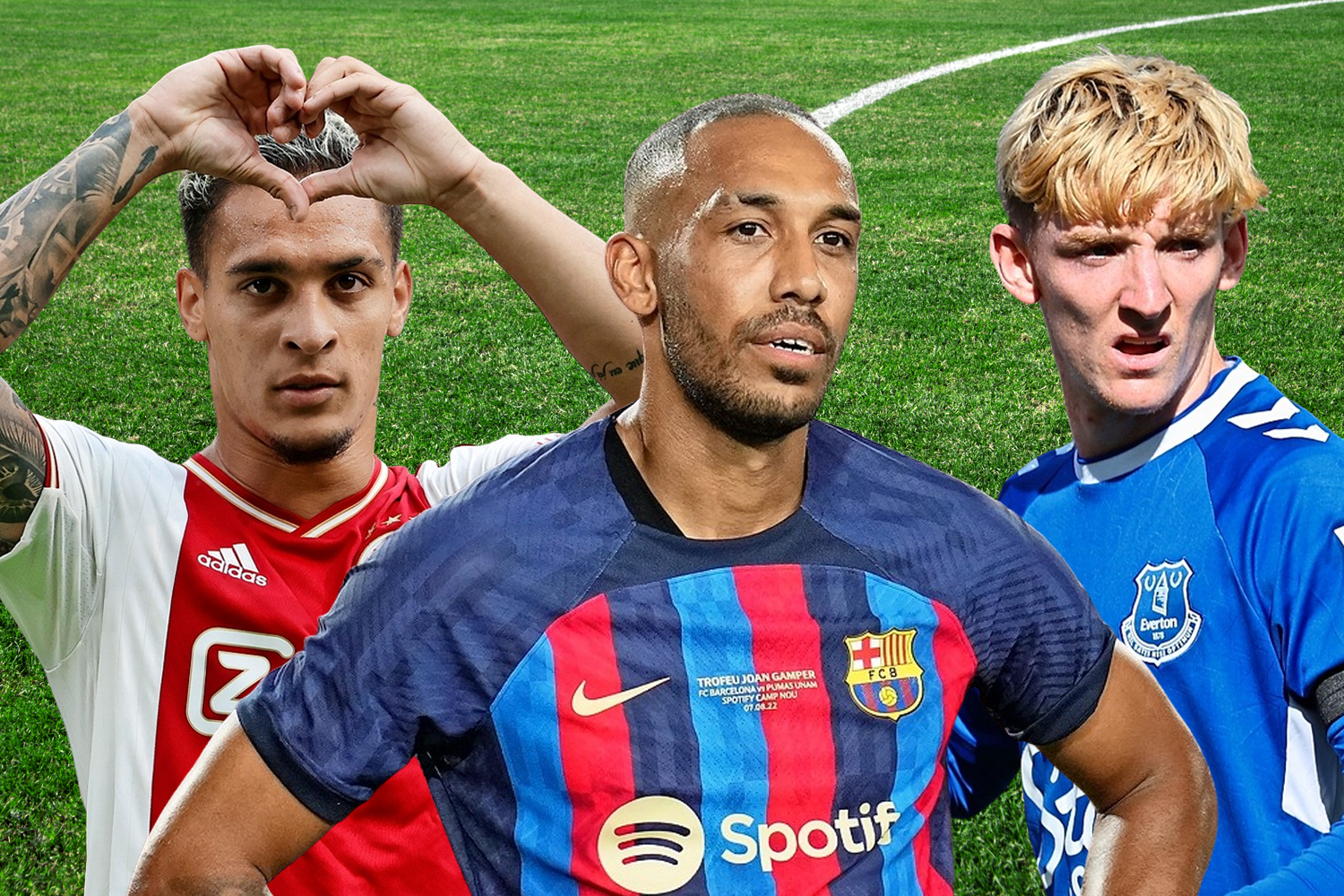 Keep up to date with all the football news, transfer views and rumours from the Premier League and beyond.

Manchester United have confirmed a £70million deal to sign Casemiro. The Brazilian watched his new side down Liverpool at Old Trafford on Monday night.

The Red Devils have now turned their attention to Ajax forward Antony, with PSV Eindhoven’s Cody Gakpo lined up as an alternative.

Chelsea have made a formal £15m offer for Pierre-Emerick Aubameyang, which would include Marcos Alonso heading the other way to Barcelona.

The Blues have also made a bid worth up to £60m for Anthony Gordon who has told Everton he wants to leave.

Elsewhere, Ismaila Sarr’s move to Aston Villa is on the verge of collapse, but Watford teammate Joao Pedro is on his way out with Newcastle wrapping up a deal to sign the Brazilian forward.

FOLLOW OUR LIVE TRANSFER BLOG BELOW FOR ALL THE LATEST NEWS…