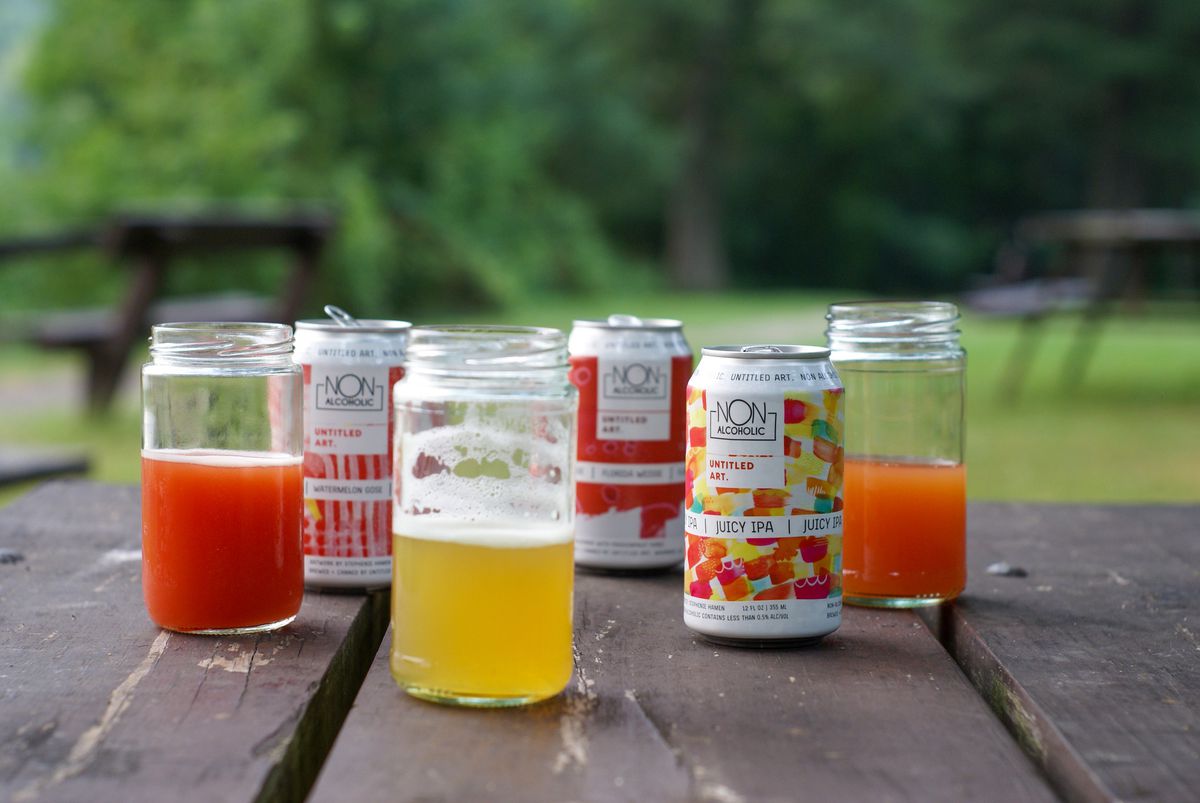 There’s often a stigma about non-alcoholic beer: It just doesn’t taste like beer. Ask people who’ve had beer stripped of its alcohol, and you’ll hear that it is cloying. The mouthfeel just isn’t right. Or, quite simply, it doesn’t provide the full hoppy, fruity, complex-flavor experience present in alcoholic beer. The combination of malt, hops, yeast, water, and adjuncts like coffee and fruit creates a multitude of flavors in today’s beer that just hasn’t been possible in non-alcoholic beer.

Until now! According to the Brewers Association, non-alcoholic beer sales are trending upward, and more people than ever are participating in “dry January,” a month where drinkers abstain from alcohol. And to keep up, several breweries across the country are investing in new technology to create better non-alcoholic beers, in styles ranging from pilsners and hazy IPAs to fruit beers and chocolate stouts. With so many brews to choose from in this fast-growing category, it can be hard to know where to start. To help, we’ve highlighted some of our favorite non-alcoholic beers below.

This Madison suburb brewery (brewed at Octopi Brewing Co., a large contract brewery) has quickly become known for its array of eclectic flavors in barrel-aged stouts, smoothie seltzers, and more. The brand has also dabbled in CBD water and currently has a line of non-alcoholic beers mirroring the flavors in its alcohol-filled line.

Of the six available flavors (ranging from a pilsner to IPAs to fruit beers), the Watermelon Gose, Florida Weisse, and Juicy IPA are must-try beers. If you placed any of those in front of me to try blindly, I wouldn’t be able to tell you they didn’t have alcohol. The gose is reminiscent of biting into a juicy slice of melon during a picnic. A touch of lime is just beneath the surface, and the backend is punctuated with a bit of sea salt. The Florida Weisse is bursting with passion fruit and guava within its bright, vibrant ruby body. And the Juicy IPA is rife with grapefruit pith, citrus, and a hint of melon.

While there is a tendency to argue if Samuel Adams is craft (the brewery makes a lot of beer and is a large business), one thing remains constant: the brewery makes good beer. The Samuel Adams New England IPA was a huge surprise when compared to the smaller breweries making a name for themselves with the style. It’s no surprise, then, that the non-alcoholic version is also delicious. The aroma reminds me of smelling grain straight out of the bag on brew day and features an intense nectarine and grassy hop aroma. The flavor isn’t as extreme; layers of apricot, grass, grapefruit, and tangerine are all detectable. This is just a good hazy IPA, regardless of alcohol content.

This Milwaukee stalwart is known for creating some of the most renowned lagers in the Midwest. After all, Wisconsin’s largest city was made famous by its beer barons who specialized in lager. Lakefront was able to fit all the flavor of its amber lager into this non-alcoholic version. This means you get a malty caramel flavor throughout with a touch of sweet berries (mostly blueberry). The body is robust and full, proving once again that Lakefront knows how to make a good beer, alcohol content notwithstanding.

This might be one of my favorite non-alcoholic options. Where many non-alcoholic beers have .5% alcohol or less, this one has none at all! It has zero calories, zero carbs, and zero gluten. This highly carbonated drink is essentially dry-hopped sparkling water. It has a nice orange and lemon flavor with just a touch of sweet pine. The uppercut of citrus on top of the strong carbonation makes for a rather unique showcase for some popular hops (if you like Citra, Cascade, Centennial, and Chinook hops, you’ll enjoy this). Plus, it’s a really cheap option at around $6 for a four-pack.

This popular non-alcoholic brewery has several different styles and flavors, but Light Copper has been my favorite after sampling it and the IPAs. Your palate is immediately hit with a minerality, followed by fresh biscuit, and just a touch of honey that is sweet but not cloying. Each Athletic beer pour results in a tall, frothy head for maximum aroma and presentation. If that beer isn’t your style, there are IPAs, a stout, and even a blackberry Berliner weisse. The company also offers several seltzers infused with hops. As a bonus, Athletic can ship beer to select states.

What’s your favorite non-alcoholic brew? Let us know in the comments.

Louis Livingston-Garcia is a Wisconsin-based writer, occasional guest brewer, and amateur craft beer and wildlife photographer. He travels near (all across the nation) and far (all the way to New Zealand and Australia) with his wife to report on and photograph the beer community. His work has been featured in Craftbeer.com, The Growler Magazine, Heavy Table, October, Hop Culture Magazine, Playboy, GamesRadar, Official Xbox Magazine, Game Informer, and more. You can follow his beer writing via Twitter at @LouisGarcia12, or on Instagram at @biracialbeerscribe. Plus, you’re likely to see photos of his cat, Miyamoto (yes, named after the creator of Super Mario Bros.).