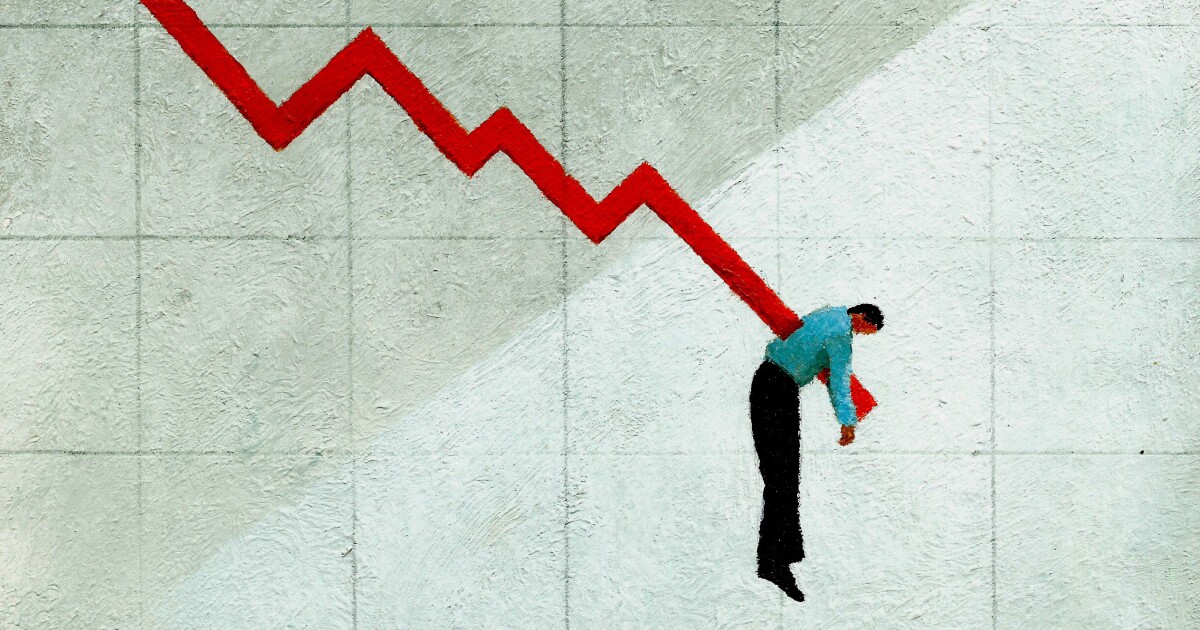 The pandemic era is likely to continue to broaden the gap between wealthier colleges and colleges that struggle financially, according to a recent report from bond-rating agency Fitch Ratings.

While federal stimulus dollars sustained many institutions through the worst of Covid-19, and a pending increase in the maximum Pell Grant provided for in the Build Back Better bill recently passed by the U.S. House of Representatives will help shore up many colleges’ bottom lines, rising inflation poses a fiscal challenge for colleges. Meanwhile, more-affluent institutions are reaping the benefits of surging endowment performance and booming enrollments that elude many of their four- and two-year peers.

The fundamental demand for higher education remains stable, and many colleges are in relatively good financial shape now thanks to budgetary belt-tightening and their shares of the $77 billion Higher Education Emergency Relief Fund, says Emily Wadhwani, senior director and sector lead for higher education at Fitch, which rates bonds for more than 100 public and private colleges. But once the federal dollars are gone, the post-pandemic landscape will resemble the pre-pandemic one, with the same pressures, says Wadhwani, and “one of the outcomes from those pressures is continued bifurcation, continued strong getting stronger, weak getting weaker.”

When the pandemic arrived, many colleges took hits to their enrollment, especially institutions that served students most affected by Covid-19 — students of color and those from lower-income communities. Applications at many more-selective colleges went up, however, and some universities reported historic enrollments. Purdue University, for example, registered a freshman class of 10,191 students this fall, almost 20 percent larger than it expected, for a total enrollment of 49,639, both institutional records.

Selective institutions loosened application requirements during the pandemic — going test-optional for the SAT, for example — which may have contributed to fewer students applying to less-selective institutions, says Paul N. Friga, a clinical associate professor of strategy at the Kenan-Flagler Business School at the University of North Carolina at Chapel Hill and practice area leader for strategic transformation of public higher education at the Association of Governing Boards of Universities and Colleges. More-elite colleges “may be accepting a wider range of applicants,” he says. “That could be causing cascading effects to lower levels, with fewer students to apply.”

Many colleges have had trouble retaining students, as well, leading to a potential financial “double whammy,” says Jim Hundrieser, vice president for consulting and business development at the National Association of College and University Business Officers, known as Nacubo. A smaller class means four or more years of reduced revenue from that group of students.

After a stumble last fiscal year, the economy’s relatively quick recovery and a booming stock market bolstered college-endowment gains for the current fiscal year. But those gains are not evenly distributed, Hundrieser says. Nacubo is starting to gather data for its annual survey of endowment performance for fiscal-year 2022, and the initial data indicate that for “many institutions, regardless of size, the strong market did help and support their endowment increases,” he says. “That said, when you’ve got a billion [dollars] or even, let’s say, $500 million, and that can grow 5 or 7 percent, it’s just a whole lot more money.” Wealthy colleges grew far wealthier than their less-affluent peers did since the pandemic began. Yale University, for example, saw its $31.2-billion endowment grow by $11.1 billion, during fiscal-year 2021, a return rate of 40.2 percent.

Inflation threatens to make things more challenging for colleges, especially those with tight budgets. As the cost of food, fuel, and some wages climb, colleges’ operating costs will rise, too. Higher costs might ordinarily lead to a tuition increase, but for most institutions “the mission-driven focus on access and affordability really means you can’t pass on that increase to students and families,” Wadhwani says. “We expect that we will see some compression in cash-flow performance in the coming months.” Fortunately, inflation has been transitory, historically, she adds, and Fitch expects “some reversion back to normal” by late spring.

The increase in the maximum Pell Grant by $550 represents the biggest increase to the program’s benefits in about a decade, though it’s about a third of the $1,400 increase initially proposed and still doesn’t keep pace with inflation. The maximum Pell Grant still only covers about a third of the total cost of attendance at a typical four-year public university, but it could help make college more affordable for some. It could also provide an unexpected benefit for some colleges. “It might create a little bit of headroom for universities to implement modest tuition-pricing increases,” Wadhwani says, though “that’s likely not the desired outcome.”

College leaders have a range of possible choices ahead. As some colleges begin to hire for vacant positions and bring back laid-off staff members, Hundrieser says, “we have certainly heard many institutions really strategically thinking through what staff they rehire.” Friga, of UNC-Chapel Hill, says that colleges should be using this moment, and their federal dollars, to make strategic changes in how they serve students and deliver education. But such maneuvers may be rare. “Many of them are reverting back to traditional paradigms, reappointing positions, not doing aggressive prioritization of resources,” he says. “There’s a bit of kicking the can down the road.”

Three areas of risk mark the institutions that may most feel the pressures of the coming months, says Wadhwani. The first is pre-existing enrollment pressures. If a college was having trouble competing for students before Covid-19, the pandemic probably didn’t improve its lot. The second is a heavy reliance on student revenues, particularly from undergraduates. “Those have faced outsized pressures during the pandemic,” Wadhwani says, “and that pipeline is going to continue to slow down as the demographics start to shift beyond 2025.” The third is an overreliance on nonrecurring revenues, which can come in the form of federal stimulus dollars, or a big endowment draw, or a deep budget cut.

“All of these credit concerns pre-existed before the pandemic, and they’re not really going away,” Wadhwani says. “And there’s nothing here in terms of federal or state policy that we see will fundamentally change the sort of dynamics that we’re seeing in the space.”