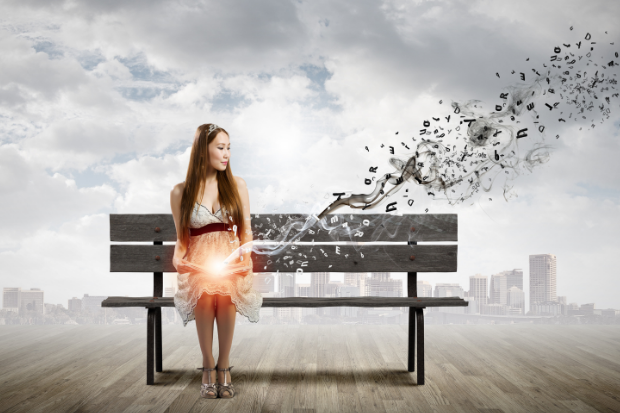 As children, we read stories about how a knight in shining armor saves and captivates the heart of a damsel in distress. We cringe through the sad phases but leap for joy when it finally reads “and they rode off into the sunset, and they lived happily ever after.” But in reality, life does not really end that way. More often than not, it leads us to paths we do not expect at all.

I got married at such a young age, straight from college, with just a year of work experience. I did not have the means to be paying for a whole wedding. I had to ask and rely on my parents for the payment, even when they did not approve of the thought of me getting married that early. But they eventually gave their blessings and I soon got married. I even wrote about how I was proposed to, published in Youngblood way back in 2007. Most people who read it said it was as if I had my very own fairy tale. And just like Snow White, Ariel and all the other Disney princesses, I knew I was going to have my own happy ending. Or so I thought.

My marriage was so very far from a fairy tale. I started being alone during the early stages of marriage. I did not have the conventional husband-and-wife or a mother-and-father life in our set up. Later on, I realized that the situation was slowly pulling me out of my very being – my family, friends, beliefs, principles, and even my values were changed according to his will. I slowly became a different person from who I used to be until I no longer knew who I was. I was cheated on so many times despite having a child. And as if that wasn’t enough, the same thing happened even after we already had two kids.

When he left us, I was so devastated, lost, hurt and depressed. I did not know where to begin and how to pick myself up. It felt as if I was thrown in a dumpster with practically nothing to start with. Despite having been somehow estranged from my own family, I packed up our things and went back home. I relied on my parents and sister to take care of me and my girls as we went through that rough patch.

I was too focused on my broken heart that I failed to see my new reality. I was giving too much attention to the shattered pieces of my life that I forgot I had two little girls to look after. How could I mold them to be better people when I myself could not glue myself back together?

A year after we were abandoned, I was still in a muck. I could not get past what happened. I could not accept the fact that I have to raise my children without a father. I was scared that my girls would have to endure being bullied because they come from a broken family.

After months and years of hard work, I soon realized that I could not be a good mother to these children of mine if I am not whole. Then all the old feelings came back rushing to me. The unexplainable feeling I felt when I first met each of them, how my tummy turned upside down when we first held hands, how my heart beat fast as we had our first kiss, and how tears slowly fell when we first hugged. The loss for words that I felt when I first saw my whole life in front of me. That feeling of recognizing that I am now a mother, when I heard their first cries and held them in my arms. And knowing that my life is not mine alone anymore.

I realized that while I was too focused on the love I lost, I was too blinded to see the love I had right in front me – the love I have for my two girls and their unending love for me. Not once did they blame me for their father leaving us. Not once did they make me feel unloved. Instead, they filled the gap I felt inside, even to the point of overflowing. The messages I get when I am at work, the times they shout my name when they see me arrive, the times they run to me when they’re scared or hurt, and the times they tell me they love and miss me — it’s these small gestures these kids do that make me realize I am and will always be deeply loved.

Being a solo parent can be quite challenging. I never imagined nor asked to be a mother and father all rolled into one. I fear for how I will be able to get through it, and how I will be able to raise these kids all by myself. However, our life is slowly bringing out the best in me. Realizing that these girls are all that I have, and that I am all that they have, makes me want to strive to be better. To do things better so I can give them a comfortable life, one filled with love and completeness.

I used to believe that love stories are just for couples. My love story isn’t about romantic love anymore, because it is now about an everlasting love. A love that knows no boundaries and a love that will last a lifetime, the love I have for my children and their love for me – in sickness and in health, for richer or poorer, ‘til death do us a part.

January Guia Caringal is a public relations officer from La Union. She loves reading books, watching movies, and being with her daughters.

God is with the grieving